Here is the Brawlhalla full roster. Sort fighters by name or abilities to find your favorite ones and get to know them better. 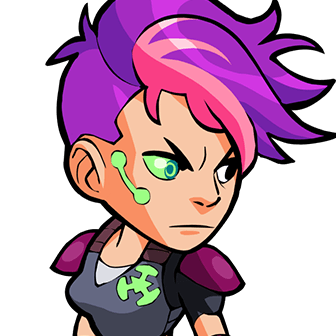 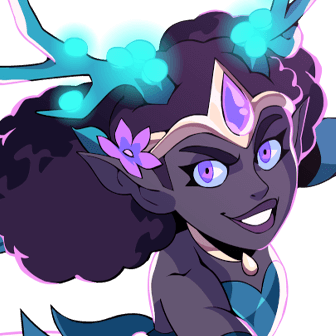 Say hello to my beetle friend!

Yep… this card is not quite ready, but you can tap here to take a closer look at the character.

I need a second weapon?…Ok, give me a cannon…

I hate ‘adventurers.’ Always so sure, so sure.

Ye call this grog? I can still feel me face.

I rely on being a god to get the K.O.

I prefer the term ‘kill-bot’.

Prepare your strike team to seize the Time Portal

This is not the Afterlife.

Let me tell you the tale of the blind seamstress

Male or female – I am above such primitive distinctions

Brawlhalla is a fighting game created by Blue Mammoth games and has been around since 2014. It borrows a lot of features from games like Super Smash Bros. in its design and playstyle.

Brawlhalla brings an eclectic mix of legends and is filled with different game modes to ensure that the adventure never gets boring. You can pick among various modes, including 1 v 1, 2 v 2, 4-player free-for-all battles, and cross-play custom rooms.

There are currently 54 characters in the Brawlhalla roster (Munin was added quite recently), and they all have different attributes to bring to the table. The gameplay is fast-paced and rewards patience and skill. Each character has two weapons, and their proficiency with the weapons varies from character to character.

Brawlhalla excels at creating likable characters that are easy to get the hang of. The fighting tools available to each character are almost identical, and this can sometimes give the impression that every character is essentially the same. This cannot be further from the truth as each character works differently depending on the weapon and the signature moves they have.

In the game's meta, some weapons are naturally high-tier (Axes are especially good albeit slow), which means that characters who use these weapons have an advantage over some of the other members of the roster. That said, if you can master your main and use their tools properly, there is no Brawlhalla character that isn't viable.

The cast is sourced from various cultures and myths, from Thor and Brynn, who represent Viking mythology, to the likes of Koji, who represents Japanese history, and Sir Rolland, who pays homage to European lore.

The best thing about Brawlhalla is this: There is someone for everyone. So, just relax, pick a character that appeals to you, and try them out!