The restless Jiro absorbed the knowledge of his ancestors from childhood, comprehending the knowledge of controlling shadows in the Realm of Twilight. His reckless and unconventional methodology allowed him to become the best student in the class.Know more 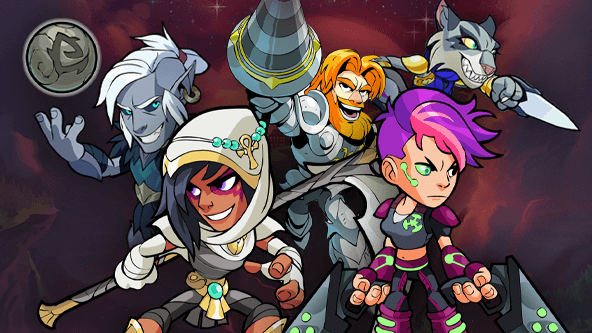 Is your Sword ready? Have you filled the Orb with magic power? Are you skilled enough to win matches with the Scythe?

The restless Jiro absorbed the knowledge of his ancestors from childhood, comprehending the knowledge of controlling shadows in the Realm of Twilight. His reckless and unconventional methodology allowed him to become the best student in the class, only with the Elders there were problems. Seeing the growing power in the Jiro, they advised him to use the darkness to his advantage, which he happily used, convincing the shadows of the other students to fight by his side. Jiro even broke the school's record.

Jiro continued to recruit the shadows of his defeated enemies, perfecting his Saiyokage technique. It allowed him to interrupt the reign of Shogun Mizugawa: as the sun went down, Jiro's shadow rose above the ruler and cut him in half.

Many stories are told by ordinary people about the Jiro warrior. How he once turned the Demon Shogun Yotsunaga into a mortal by lassoing the Blood Moon and setting it with his Kusarigama. The most famous and the last story was how Jiro and his army disappeared under a stream of shadows and were never seen again.

Jiro is never bored in Valhalla. Someone says that he is hiding from death there. And Wu Shang believes that the talented warrior is just playing hide and seek with Kaya and Caspian. Their game is such an annual one: to hide behind a large tapestry in the Great Hall.

"We don't like to brag, but we're kind of impressed with how many people are here because of us. Did I say us? I mean me. Just one me." — Jiro said without any modesty.

Aside from playing fun with friends, Jiro is still a formidable opponent in the Grand Tournament, rising with his shadows in the rankings. But he is also not averse to completing an order for a handful of gold coins.

Jiro uses Sword and Scythe as weapons. Sword is a long blade with a handle used to deliver swift slashing, horizontal and vertical strikes. Scythe is a rounded, sharp blade with a long handle, used for close-range fighting and provides accurate control over the opponent.

Jiro has a low Defence rate, but his Speed and Dexterity are at the 7th level. It allows this legend to use his weapons faster and be almost invincible for slow opponents.

Some Other Legends with Scythe

Some Other Legends with Sword