Here is the Tekken 7 full roster. Sort fighters by name or abilities to find your favorite ones and get to know them better. 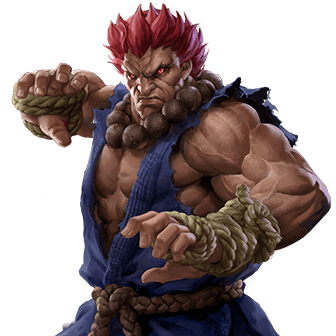 I see you're not willing to do what's necessary to win 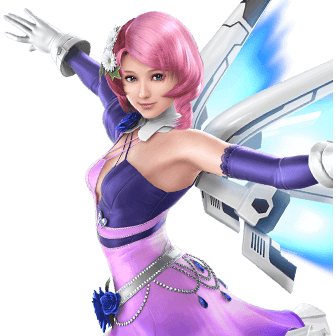 Please get out of my way!

You sure? You sure you wanna fight me?

I've been waiting for this day.

I will teach you to fear!

I'll feed on you nice and slow later

Do you think you're tougher than me?

MISHIMA TOO STRONG FOR YOU. YOU WILL FAIL.

I will show you fear.

If you need a thief, I'm your woman.

I'm counting on you!

You have the right to remain silent

Just relax, you can do it.

Time to take out the trash.

I must win for the people of Poland. Osu!

Give me all you got. Not that you'll win.

And I just had confession...

Isn't it past your bedtime?

The hunt is on!

I demand to know the truth!

This is a battle you won't walk away from!

It’s wild to think that Tekken 7 has been with us since 2015. The latest entry in the storied franchise was released with all the fanfare that the game of this caliber is entitled to, and it didn’t disappoint.

As is always the case with the series, Tekken 7 has first arrived on Arcades full two years before the game saw the console and PC release. Even so, everyone’s gaze quickly shifted to it from the previous entry that was Tekken Tag Tournament 2. The seventh mainline game featured improved visuals, and tighter gameplay and controls, thanks to the decision to move from the proprietary engine and make the game on Unreal Engine 4. Initially, the Tekken 7 roster consisted only of 36 fighters – a decent number further boosted by the DLC releases. Now the game has 51 playable characters.

One of those newcomers, namely Akuma, might be familiar to many from a different series – Street Fighter. He’s the second-ever guest character in the series after Gon in Tekken 3. Since then, there have been more crossover fighters added with the follow-up DLCs. Tekken 7 guest characters are Geese, Noctis, Negan, and the aforementioned Akuma.

The initial success prompted the developers to start thinking about more DLCs beyond the planned one wave. This gave them the opportunity to bring back some of the crowd favorites and create new striking fighters filling different niches and archetypes. Tekken 7 DLC characters include Anna, Lei, Marduk, Armor King, Julia, Zafina, Ganryu, Leroy, Fahkumram, Lidia, and Kunimitsu.

Overall, it would be fair to say that all Tekken characters are unique or, at the very least, offer something that none other do. This makes the challenging task of selecting the one you want to play somewhat easier. You only have to imagine what kind of fighter you prefer, which martial arts do they practice, and how do they look – and there’s a big chance that Tekken 7 has just the character for you.

This DashFight page is a complete list of all the Tekken 7 characters and their essential traits and abilities. By clicking on any of them, you will be brought into their profile, where you can read their biography, check VODs, read the gameplay guides, or watch our Guides on DashFight's Youtube channel.