Here is the Mortal Kombat 11 full roster. Sort fighters by name or abilities to find your favorite ones and get to know them better. 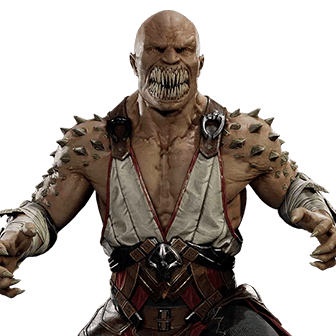 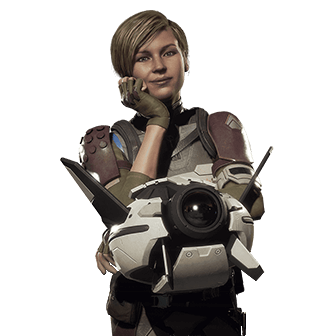 guide
I cannot fail her

guide
This One acts only for the Hive's Survival

guide
When I pick sides, I pick a winner

guide
There is no virtue in blind obedience

guide
You waste my time

guide
That's how things rolled in the Briggs home.

guide
This will be easy

guide
Y'know making movies is no walk in the park

guide
I'm about one thing: what's best for me

guide
You gonna yabber, or we gonna deal?

guide
You must face enemy, yourself and your fear

guide
I serve to improve my station!

guide
I wear our family name with pride

guide
It is my duty to serve Earthrealm

guide
But you make a poor Grandmaster.

guide
When a God speaks, heed him

guide
I am Rain, a prince of Edenia.

guide
I let go my rage, and it saved me

guide
Your soul is mine!

guide
All too easy!

guide
I'm not the young blood you remember

guide
Shao Kahn and I will rule an eternal empire.

guide
You probably saved my life.

guide
Can You Introduce Me As Joker?

The Mortal Kombat Franchise has a long history of unique characters embedded in the pop culture of video games. And with Mortal Kombat 11, the iconic fighters and the fan favorites got even more content to pour over.

The MK11 character list has grown through one story-focused expansion and three character-focused DLCs from its original 25 character roster in 2019 to the current fielding in its Ultimate Edition with 37. However, not all are original creations of NetherRealm Studios. Robocop, Rambo, Spawn, Terminator T-800, and The Joker all come from their respective universes to serve as quick nods to the media properties that the MK Franchise aims to capture or was directly influenced by.

Mortal Kombat 11 has also introduced new characters to the franchise, like Cassie Cage and Jacqui Briggs. Both daughters of original MK characters, Johnny Cage and Jax Briggs, respectively. Interestingly enough, the game also contains both Young and Old versions of these original characters. Another notable mention for new characters is the god-like figures Cetrion and Geras, who serve as antagonists in the main story of the game.

Even with the biggest pool of all the games, not all Mortal Kombat characters are in the mk11 roster. Up until recently, many would have pointed to the Mileena as a key figure who is not part of the character selection screen. But with the latest DLC, she has found her way into the latest iteration. Now all that remains is ERMAC and Reptile. Both were originally a glitch and later made into official characters. Perhaps one day, they will also be part of MK11, and if not, there is always hope for the next entry in the franchise.

With so many MK11 characters to chose from and an extensive history of competitive play to look back on, Different specials, variants, speeds, grabs, and more, it can be hard to pick just one character or even know where to start. This is why you can always come back to this DashFight roster page to look at who is best suited for your playstyle.