Here is the Guilty Gear -Strive- full roster. Sort fighters by name or abilities to find your favorite ones and get to know them better. 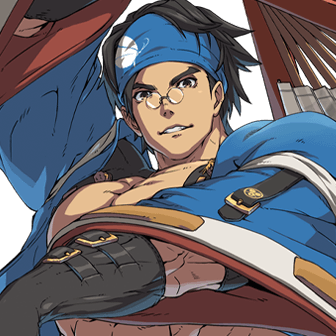 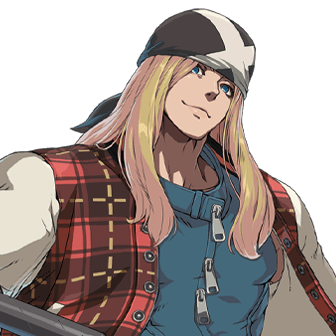 With the release of Guilty Gear -STRIVE-, Arc System Works set out for something completely new. Putting aside old mechanics and traditions, Daisuke Ishiwatari, Akira Katano, and their team set out to create a fighting game that would retain the essence of guilty gear while welcoming new players and giving series veterans plenty of depth to explore. With all the Guilty Gear characters to pick from, they had to carefully decide and create a team of fighters that would appeal to both newcomers and old fans.

When it comes to the new Guilty Gear -STRIVE- characters, ASW captivated fighting game fans with Nagoriyuki and Giovanna. The former aroused much excitement after the reveal; the unique combo of African vampire samurai and his striking visual design left many players wanting to try out the character. Meanwhile, during the game's open beta, Giovanna climbed the character usage charts, becoming one of the most picked fighters across all regions.

Going back to series staples, Guilty Gear -STRIVE- roster featured many characters that the fans know and love, such as Sol, Ky, May, Axl, Chipp, Potemkin, Faust, Millia, Zato, and I-no. Representing Guilty Gear Xrd, Ramlethal and Leo also made it back. Notably, -STRIVE- also sees the return of Anji Mito. This graceful yet muscular fighter was introduced with Guilty Gear X and made it to the Guilty Gear XX games but wasn't included as one of the playable characters in the Xrd series.

After the game's launch, it was anyone's guess who'd make it in from the extensive Guilty Gear character list. The beta surveys revealed a high demand for Baiken, Dizzy, and Johnny, the top picks in 3 of 4 surveyed regions. While Baiken is confirmed to be coming back, developers also surprised players with wholly original characters like Happy Chaos, Goldlewis Dickinson, and Jack-O's reimagining that takes cues from everyone's favorite flamboyant billiards player, Venom.

With so many unique and cool characters already in the game, and much more to come, it could be challenging to pick a favorite, but one thing is sure - everyone can find someone they like!