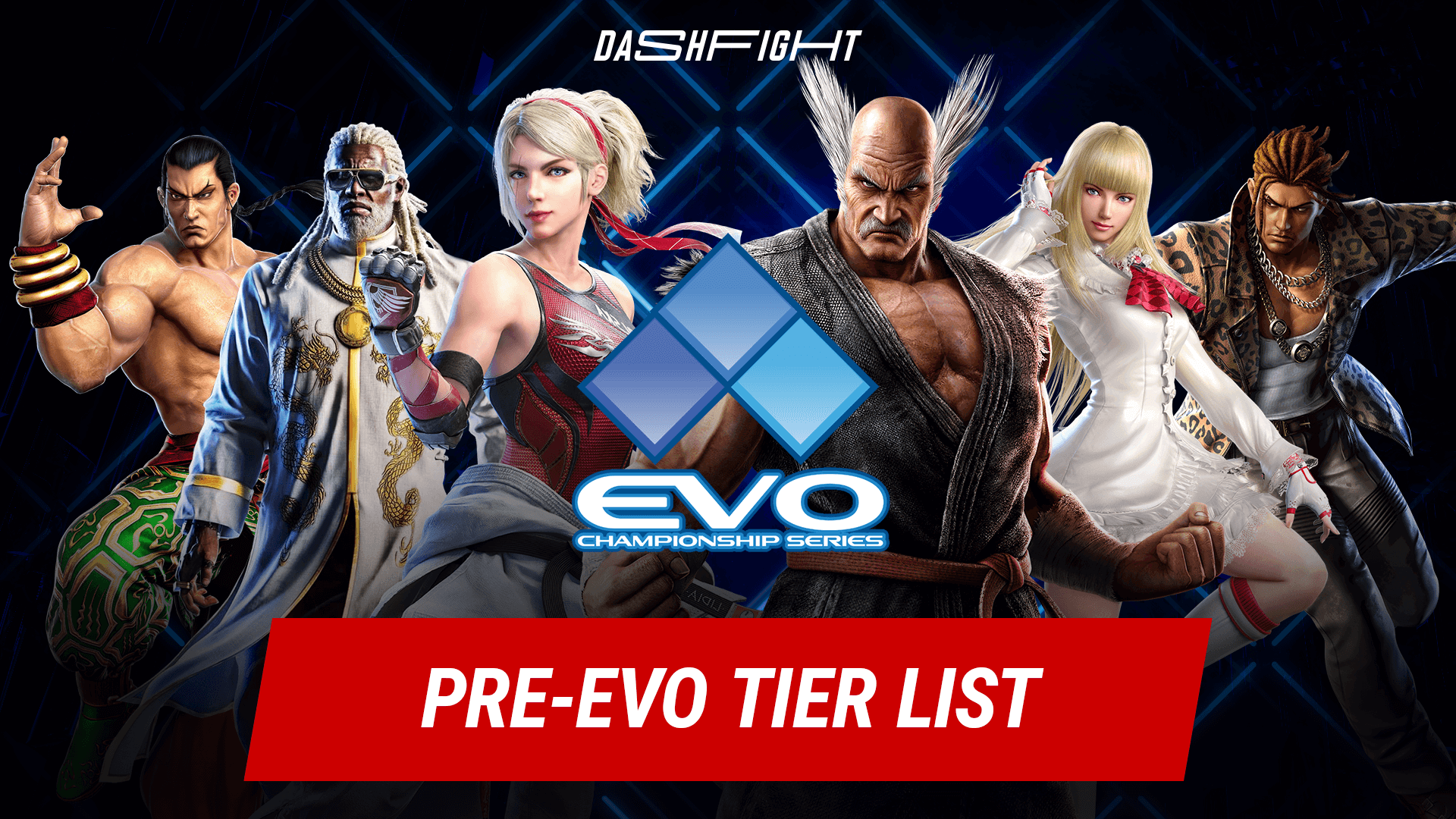 The Tekken season is in full swing, and matches are happening in all the regions. With Evo 2021 Online being almost upon us, it’s time to reevaluate our Tekken 7 tier list. It was last updated around the time the WePlay Ultimate Fighting League Season 1 concluded. Coincidentally, it was one of the last tournaments of this scope before Evo. Lidia was only just released back then, and balance wasn’t quite settled in and agreed upon. Since then, we received an additional patch that also shook things up quite a bit. We have eleven changes in total, which I will now explain.

Leroy Smith – S to A

Leroy is a strange case. He still is, by all means, a powerful character. But more and more people seem to abandon him in favor of some new fighters or their previous mains. He received only a bug fix in the last patch, but previously he was struck with nerfs: he exerts lower pressure overall, and some of his moves became less safe on block. What also plays a role in this whole debacle is that most high-level players decide to pick new characters only if they’re very strong-to-overpowered and are happy to get rid of them and go back to their old mains after they’re hit. With the declining playerbase and less power than before, we can no longer justify having him in the S tier.

Alisa Bosconovitch – B to A

Alisa’s case is a case of being undervalued as a character by the community. She’s not picked nearly as often as some of the heavy-hitters on the roster, yet she packs quite a punch herself. She deals a ton of damage in her Destructive Form, and in the right hands, can serve it up to any opponent. And the results speak for themselves: Cuddle_Core recently won the ICFC Week 6 in NA, and back in East Asia Chanel is very consistent with his results and placements.

Feng has been constantly buffed for the last few patches, the latest of which gave him more damage, added homing on his 1+4, and just overall brought him up to speed with the current meta. The issue is that the community is so used to Feng being weak that everyone expects him to just be low-tier when this is no longer the case.

Heihachi Mishima – C to B

Heihachi was given some much-needed attention in the latest balance update, but it doesn’t address his core issue of having difficult to execute launchers. The buffs are nice, and they will help him out quite a bit, but they won’t magically make him top-tier in this meta, as his main problems lie elsewhere.

Lidia Sobieska – A to B

Tekken 7 development team has clearly become more cautious with the latest character releases, as Leroy’s cautionary tale is still fresh in everyone’s minds. Lidia definitely came out strong, and quite a lot of people complained, but this was already an improvement. Her power state was addressed in the very next patch: she lost some damage, the safety of the moves was reduced, and the opponent’s behavior on hits changed. This made some of her previous combos difficult-to-impossible to execute, and decreased her overall damage output.

Miguel Caballero Rojo – C to B

This one’s on us, mainly. We underestimated the potential of this fighter quite a lot, and some of the players proved us wrong even more. For example, BIG’s Sephiblack won the EU LG UltraGear Fight Night tournament playing as him. We’re happy to correct our mistake – Miguel rises to the B tier.

Emilie de Rochefort – C to B

Unlike Miguel, though, Lili is a clear-cut case of being buffed heavily enough to rise to the next tier. She received some quality of life bugfixes, behavior and frame data on her moves changed favorably, and she deals more damage now. Her core design identity wasn’t touched, so she’ll hardly become a top pick, but buffs are buffs!

Eddy is pretty much the same story as Lili, but what holds him back is having even more core flaws than her, and the attitude of the community in general. Seemingly nobody likes Eddy, and nobody wants to see him buffed. Still, the net power gain from patch 4.20 allows him to blaze it up to the C tier.

Same as the two fighters above. The latest patch was a decent power gain for Leo, and they’re can now deal substantially more damage within the same available toolkit as before. Overall though, nothing too crazy, but enough to move up a tier.

Okay, bear with us for a moment. Gigas was the community’s laughing stock for far too long. No more. If you look with an open mind, there’s no reason as to why he should be rated lower than Jack-7, and he surely isn’t as bad as the bears. If you require more convincing, check out the latest ICFC results of Hazure Metal and YoujinBoy.

The winner of the Tekken 7 patch 4.20 was none other than Armor King. He received all kinds of buffs: more damage, favorable frames both on hit and on block, extended range, recovery times – you name it, he got it. It’s definitely nice to see the dev team finally look at the character who was, quite possibly, treated the most unfairly for the longest time. Even the biggest Armor King aficionado, JDCR himself, was quite happy with the buffs received by our favorite armored wrestler.

You can take also take a look at the whole Pre-Evo Tekken 7 tier list here:

Hopefully, the upcoming Evo 2021 Online will give us lots of surprises and will make us come back to the drawing board to reevaluate our picks once again!

Make sure to take a look at the SFV and MK11 tier lists to get ready for the matches this weekend: