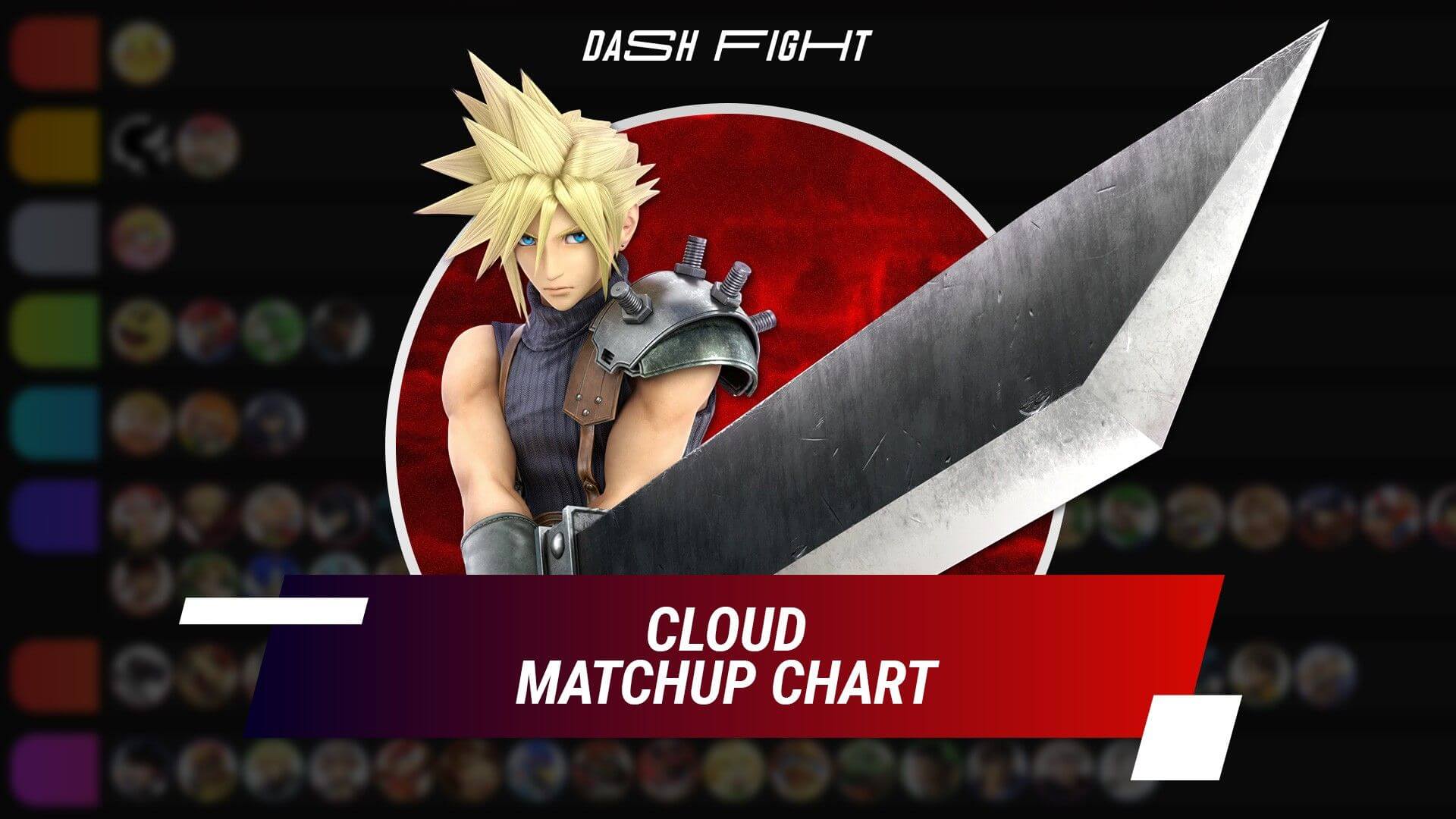 Cloud came to the Super Smash Bros. franchise from Final Fantasy VII. He is one of the best swordsmen in the Nintendo fighting, and many players love him for very good moves and attacks - and of course, for that fancy haircut and impressive sword. Yep, let’s be honest, we rarely choose Super Smash Bros. Ultimate fighters only on the basis of bare statistics. If you like the guy/girl/creature (their background, their original games, and their appearance), you will be more motivated to practice with them a lot and therefore, you definitely will achieve better results in the matches.

We talked about many things connected to the virtual personality of Cloud in the guide on his move list in SSBU. It’s time to take a look at the matchup chart for this character!

Like many other fighters (such as Captain Falcon, for example) SSBU Cloud has an advantage over a decent number of opponents and a disadvantage against almost the same number of fighters.

As always, we would like to remind you that the Cloud matchup chart is not an ultimate truth or something of that sort. Your skills and understanding of the game are much more important. Train a lot, absorb tricks from professional esports tournaments, and check out SSBU guides - and there will be no such thing as Cloud bad matchups for you.

Each Cloud counter in this chart stays according to the increasing power against Cloud - from the most favourable matches for the FFVII hero to the most unfavourable. The division between groups is not that strict. And of course, you have all the rights to disagree with the Cloud MU chart - your personal experience in the game may be different. This chart has been made on the base players’ votes.

SSBU Cloud is strong against

Cloud in Super Smash Bros. Ultimate has a slight advantage over

Cloud in SSBU is even with

Super Smash Bros. Ultimate Cloud has a slight disadvantage against

SSBU Cloud is week against

Every SSBU matchup chart is a source of valuable information - players can understand where their character is especially strong and where they potentially may have problems. It would be clever to train more with the opponents from the disadvantage groups - take them to the Training Mode or Smash against CPU.

If you need help with Super Smash Bros. Ultimate, DashFight has quite a few articles about this game - follow our Facebook and Twitter accounts to not miss new posts! Also, you can join our Discord and ask other players anything - the SSBU community is one of the most friendly in the gaming world!