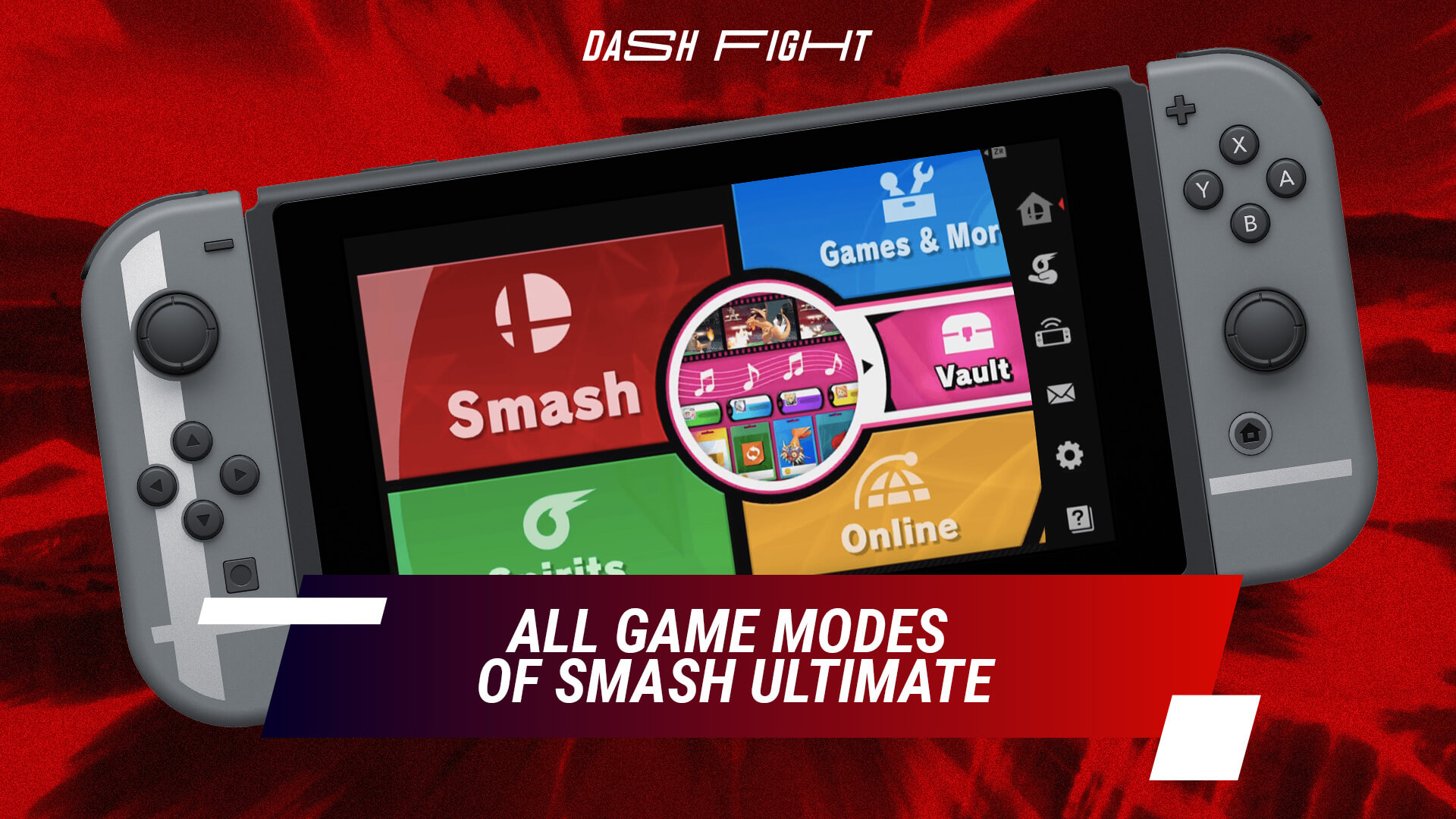 Nintendo
The game offers so much fun, so how not to miss anything great. Where to start if you want to grow as an SSBU player?

When you first launch a fighting game, you naturally want to immediately jump straight into the action (who needs those tutorials?) It’s great to feel the playing excitement, but the downside here is the risk of getting defeated in all the starting fights and then never touching the game again. A subtle balance is needed between the skills developing process and participation in the most interesting matches (which are multiplayer, of course).

On the one hand, Super Smash Bros. Ultimate keeps this balance perfectly well - most of the game modes are fun and multiplayer fights are not that tough even for beginners. On the other hand, the quantity of modes here is so impressive, that beginners may get confused (even if they are not beginners to gaming).

Let’s make the impressive variety of modes a clear advantage, not confusing mess! This Super Smash Bros. Ultimate guide is all about game modes.

Where to start playing SSBU?

The choice here is not so crucial as in Tekken 7 or Street Fighter V game modes. In those games, entering online matches from the very beginning usually leads to bitter losses. Please, get this right - if you decide to start your Super Smash Bros. Ultimate experience from online matches, you have very good chances to lose as well, but you at least can have fun, not get destroyed in a few seconds.

So, if you want to explore all the possibilities of the game, go ahead, press that Online button in the low right corner. This will be one of the options for our recommended first step for newcomers to Super Smash Bros. Ultimate.

On the surface, all the games are the same - you sit in front of a screen and press buttons. But the internal atmosphere is super different. And first of all, you should get that specific feeling of being inside SSBU and actually playing it. No other options are better here than the direct practice.

This mode is one of primary ones in the game. Just rush into it and feel the vibes. Choose whoever you want to and fight on any stage (play Mario if you have any doubts). Don’t be afraid to mash buttons and do all sorts of silly things - in Smash, you play against CPU bots or friends in the coach multiplayer. Go nuts and enjoy the process.

Later, you will return to this mode on a totally different level. After gaining enough experience, you will be able to change various settings and create some special conditions for the SSBU fighting matches.

The Smash mode is a good place for training. And it’s a perfect place for having lots of fun with up to eight friends.

Are you brave enough to enter multiplayer matches with no prior experience? Then here is your primary destination! Don’t forget to start these fights with a proper mood - you do it not to win (yet) but to feel the game.

For many players, starting with the offline Smash mode is more preferable. But the SSBU community is super friendly, so Online is also a good one.

Here, you can choose:

Of course, Super Smash Bros. Ultimate players return online after getting the starting experience. This mode is even more interesting than Smash!

You can have here other two options:

If you get used to other types of games, you may be surprised by the lack of a clear chain of actions in fighting titles. For example, in platformers, you have an obvious start and finish. And adventure games give players interesting missions.

SSBU has something of that sort - but such game modes are a bit hidden. They are not considered primary and most experienced players do not return to them. Still, they are arguably the best for going deeper into the game mechanics, understanding differences between characters, and defining your own playing style.

However self-sufficient the game is, you may need some guidance during your initial period. You can have it in our Super Smash Bros. Ultimate guide for beginners.

It’s not so often you see a story mode in the Super Smash Bros. game series. We had one in Melee and Brawl. And now, SSBU offers such an adventure - and it’s absolutely awesome!

Kirby is the only one “survivor”. The pink creature starts rescuing all the others, and throughout this journey, you face various opponents and fill your roster with new fighters.

The Adventure Mode in Super Smash Bros. Ultimate is both interesting and challenging. Players get involved in the plot, they try out various features of the game, and in the end, they develop the playing skills to be more competitive in the primary Online mode.

If the Adventure Mode allows you to try out many various characters, in the Classic one, you have a chance to learn one specific guy/girl/creature much better.

Choose a fighter, set the difficulty, and face a series of opponents with a boss at the end. In this mode, you also can think over your primary character (Our fighter guides also may help. For example, take a look at the posts about Cloud and Pokémon Trainer)

This mode may seem to be a very good place for beginners, but in fact, you need some initial experience to take advantage of the Training. By default, your opponent stays still, and there is no challenge or excitement. Players come here to polish some tricks and work on specific aspects of their fighter or a difficult opponent.

You really should visit the Training Mode quite often! The atmosphere with no pressure is super valuable for a fighting game.

Some extra fun in SSBU modes

Even if you want to build your professional esports career and have a plan on how to gradually develop the virtual fighting skills, you need to relax from the tension and just play the game. In fact, all the SSBU modes are great for fun playing time and all of them help you to become a better player!

Here are other types of matches you can have in Super Smash Bros. Ultimate:

Create a team of three or five fighters and lead them to matches against a squad of your opponent. These are one-on-one fights of three types: Tag Team (you use one fighter until they are defeated and then play the next one), Elimination (each new fighter plays on a new stage), Best of (win three out of five matches).

Here you’ll find unique variations of the Smash mode: Custom Smash (fights with unusual modifications), Smashdown (a series of battles, where you and your opponent can choose a specific fighter only once), Super Sudden Death (fights start with 300% damage).

You fight against 100 opponents (Century Smash), all fighters in the game (All-Star Smash), or against many fighters of the max level (Cruel Smash). The enemies appear in waves.

It’s a place to get new spirits for the Adventure Mode. (You can take a look at our article about spirits of Banjo & Kazooie)

This is the mode to play Super Smash Bros. Ultimate with Toy-Con VR Goggles from the Nintendo Labo Toy-Con 04: VR Kit.

Super Smash Bros. Ultimate offers a really amazing experience for all gamers. And for each of us, this experience may be different. The game has no strict rules on which modes to play and how to enjoy the fights. Your way to the Smash glory is unique! And we just hope that this SSBU modes guide helps to find it.

Follow DashFight on Facebook and Twitter to not miss other interesting Super Smash Bros. Ultimate articles and news! Join our community of fighting gamers on Discord!