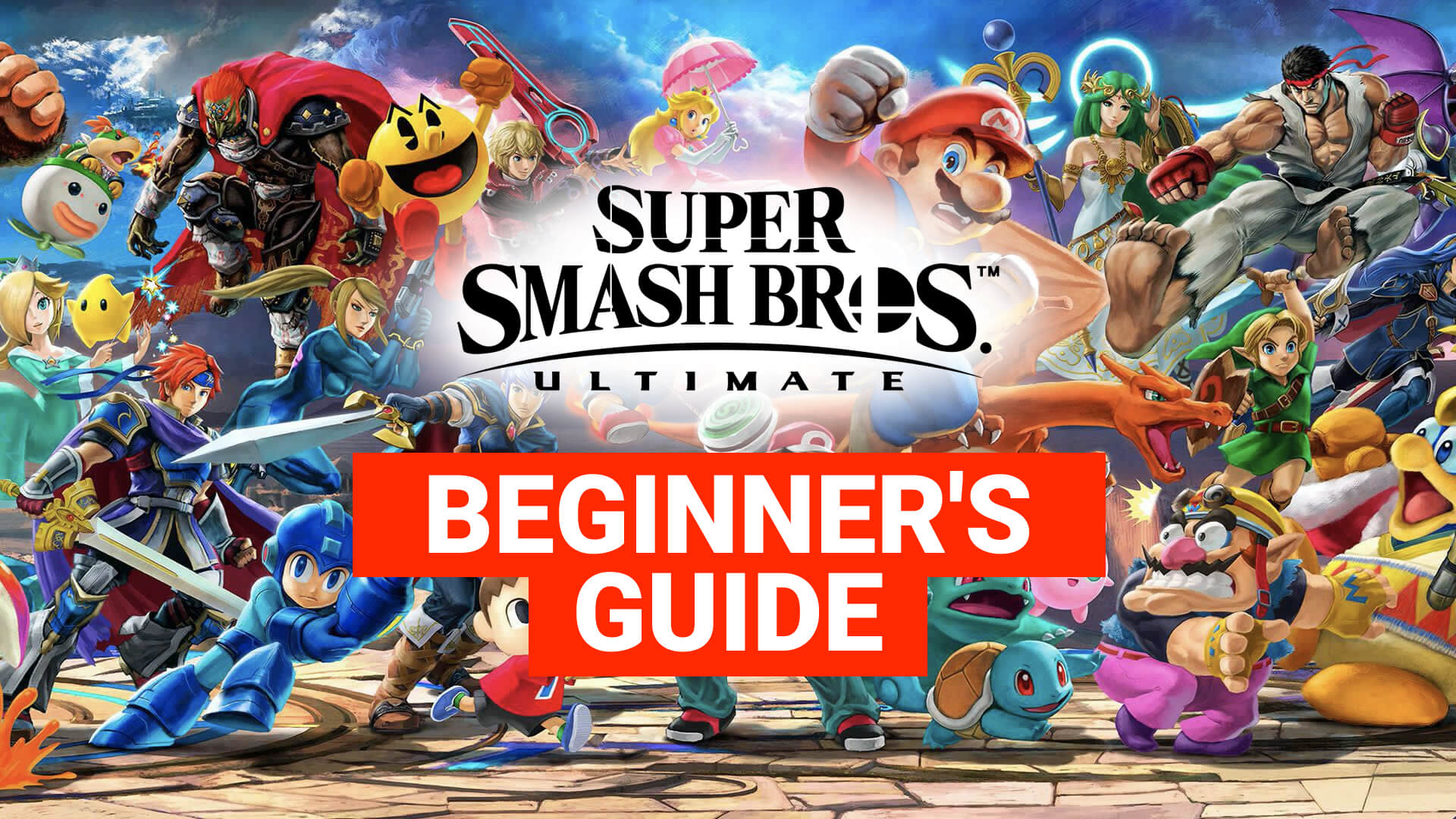 This game is special in the vast fighting library - not only because you can play it only on the Nintendo Switch but mostly by its unique atmosphere and breathtaking variety of content.

Super Smash Bros. Ultimate invites you to powerful, splashy, and a bit chaotic fights. It’s quite easy for making the first steps, and players of any level have here a super fun experience. Still, the game is surprisingly deep and offers almost endless possibilities for improving your skills.

Why not take a look at various basic aspects of Super Smash Bros. Ultimate? This tutorial will be helpful for all newcomers to this amazing title. And probably, even experienced players could find something interesting here.

Unlike many other fighting games, Super Smash Brothers don’t have their own characters - all of them originate in other franchises. This is true for all the five games in the series:

And, why is Super Smash Bros. so special? Well, to make s long story short, let’s emphasize just two the most specific things in this fighting series:

Are you interested in the whole franchise? Then take a look at our article Ultimate Story of the Super Smash Bros. series!

All come to Ultimate

Everyone is here! Nintendo has added lots of heroes to the previous Smash installments - from their own games and from the titles of their partners. And all of them return to the fighting scene in Super Smash Bros. Ultimate.

The Smash Ultimate Tier List contains lots of fighters. They come to the game with unique stages and soundtracks. Furthermore, Nintendo regularly makes updates, so the game gets even more content. We can see Super Smash Bros. Ultimate supported for a very long time, as a game as a service - this is good motivation to burst into it even a few years after the release.

The game has quite a few modes:

For more info, check out the article Ultimate modes of Super Smash Bros.

Most of the modes have similar rules for matches. You don’t kill opponents, so they return to the map after being knocked off. A bigger number of eliminations during a time-limited fight makes you a winner. Also, fighters may have a limited number of attempts - they lose when attempts are finished.

Want to win more matches? Check out these SSBU Tips and boost your successes in the game!

Here is when the real fun begins - if you wonder how to play Super Smash Bros, you should learn how to attack opponents.

There are four types of attacks for each character: basic, special, smash, and air.

You activate it by pressing the A button. It’s fast and quite effective but not the most powerful.

Basic attacks can be neutral or combined with the left stick movements: up-down-left-right. You have to tilt the stick just slightly (halfway). Players often use such terminology for these moves:

Sometimes, the word Tilt is changed to A, so we have Up-A.

Constant hitting the A button may activate a series of fast attacks. The result depends on the character.

Press the B button and activate stronger hits or some unique tricks. Special attacks of different characters differ from each other quite significantly, so you should learn them directly in the game.

Special attacks also can be combined with the left stick movements and they have their terms as well:

Here you can also use B insted of Special - like Up-B.

Jump and press the A button - this will be a neutral air attack. Jump and perform a tilt attack, this will be:

Special attacks can also be performed in the air.

These are the most powerful hits. Players use them to knock weak opponents off and score elimination.

To perform smash attacks, you can:

The second variant allows charging a smash attack - just hold A for a bit longer. But beware, opponents will not wait for the full charge.

How to play Super Smash Bros. Ultimate  - Moves and actions

The positioning of your characters and their movements are very significant Smash Ultimate basics.

To walk around the map, you should tilt the left stick - press halfway to a chosen direction. For running, press the stick fully. To jump, you can press a jump button (X or Y) or press the left stick up.

There are two types of jumping in the game:

Sometimes during matches, you will need to fall down faster. For example, to avoid attacks or reach an opponent. To do so, press the left stick down whilst in the air.

Spacing - while practicing how to play Super Smash Bros with a fighter, notice how far their attacks reach. In the future, you will understand the safe distance from different opponents while still having the possibility to attack them.

To protect from attacks, you can activate your shield - press the ZL or ZR buttons. With the L or R trigger buttons, you perform grab, so your attacks will pass through the shield of the opponent. It’s a tricky technique because it may cause taking damage if the opponent is attacking at the same moment.

Any Smash Ultimate guide would be insufficient without mentioning the possibility to dodge. Press the shield and move left or right at the same time. It’s a good technique to avoid attacks.

To not fall from the platform, use Up Special. This attack is similar for most of the characters - they fly into the air. Just a few fighters require some additional actions for such a rescue.

An ultimate choice - pick up your character

The variety of in-game content in Super Smash Bros. Ultimate means much more than various visuals and sounds. Some choices change the game drastically and make players act differently One of the most important among them is the choice of your fighter.

They all are unique. Small characters (like Sonic) have lighter weight and you feel them differently during a match. All sorts of special attacks change everything on the fighting ground. And let’s not forget about combinations of fighters - you should really know features of Smash Bros Ultimate full roster to defeat your opponents .

So, what are the best Smash Ultimate Characters? We are preparing for you an article with Smash Ultimate Starting roster - the best Smash fighters for beginners. But it's worth understanding - there is no such thing as the absolute best guy in this game! A lot depends on your style and personal preferences. Just dive into the fights and find your own best partner.

Here are some pieces of advice on the character choice:

Get used to different stages

The importance of this choice is not so obvious, but here we have a similar situation to the variety of characters. Each stage in the game is different and this affects your behavior in matches.

Be inquisitive. Take your time to play on many maps and find something you like the most. Practice everywhere to be ready for all sorts of fights.

For playing Smash Bros, you need only the Nintendo Switch (and the game, of course). You can choose the Lite version of the device if you plan to play only in the handheld mode. The classic Switch allows players to fight on a big screen with the possibility of couch multiplayer - so, it may be a much better choice for such a game.

If you are enthusiastic about the fights and know not only how to play Smash Bros but also how to win, consider purchasing the Switch Pro Controller. It will remove all the physical inconvenience in controlling the fighters. Those who used to play older games may prefer the GameCube controller - it is also supported by SSB for Switch.

If you love the game, you can buy a special console for it - Super Smash Bros Switch. It has a unique design of the dock, tablet, and Joy-Cons. There also is the Super Smash Bros. Ultimate Edition Pro Controller.

No Super Smash Ultimate guide can be good enough to replace the actual practice in the game. So why are you still reading this article? Turn on your Switch and jump into the powerful fighting action. And then return to DashFight - to get more helpful advice and interesting articles on Smash and other popular fighting games.