Home
News
How to play Tekken 7

How to play Tekken 7 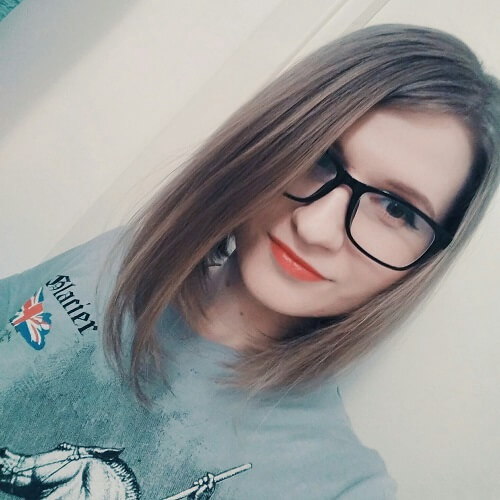 Albina Krugliak
Jun 17 202011 min
React container will be here soon...
Agus Sw (ArtStation)
If you're interested in fighting games - we'll teach you how to play

So, do you want to learn how to play Tekken 7? This guide has been written specifically for beginners to this amazing fighting game who want to start their breathtaking journey. Check out some basic info and boost your progress in Tekken 7 from the first steps!

Of course, to achieve mastery in the seventh part of the Tekken series, you have to train hard for a long time. However, there are still several ways that allow you to get into the gameplay quickly - for having fun and enjoying your first victories.

Do I have to know other Tekken games?

No, Tekken 7 is quite accessible to beginners and you can jump into it with no prior experience.

If you’ve played the previous installment, this gives you a significant advantage. All Tekken games have a very similar controlling pattern.

Experience in other fighting games, such as Street Fighter V, can be even unhelpful - you need to forget old habits and develop new to become successful in this particular gaming universe.

Where to start? (To mash or not to mash?)

Tekken 7 is quite forgiving to newcomers to fighting, who tend to press all the buttons chaotically. This is called Buttons Mashing, and it’s quite a bad habit for fighting gamers.

Still, at the initial stage, Tekken 7 is quite forgiving to such “technique”. You can start the Story Mode and complete a few fights before you reach the limitation of the mashing style. Only by developing a simple and basic understanding of the game principles, you will be able to move forward.

Actually, the Tekken 7 Store Mode is a good place to start the game! It is called The Mishima Saga, and here you’ll discover… ok, it is really hard to repeat the story or even get it while playing. It seems like its main purpose is not to tell some plot but to introduce players to the world and characters. In the Mishima Saga, you get to know a few key fighters and start feeling the overall atmosphere of this fighting franchise.

Then, there are Character Episodes of the Story Mode. It is a very good addition to the Mishima Saga. They do not bring lots of info, but you will know even more fighters thanks to them - these episodes are fun and the fights are quite challenging.

Don’t expect to complete all the stories in one go. When the opponents smash your character and you can do nothing, it is time to visit Offline Practice and learn this particular character better. The opponents here are not attacking unless you make them do so, so you can learn moves and attacks in the relaxed mode.

Then, take these characters to Offline Arcade and Treasure Battles. Both are quite similar - they give you a series of opponents to defeat. The Treasure Battle rewards victories with various cosmetic items.

These battles are a perfect chance to abandon button mashing. Learn how to fight in Tekken 7 properly, effectively. Then return to the Story Mode and complete it.

Practice more in Offline Battles - but this time, with the character of your choice. Know him or her better, explore every feature of this fighter. And then try out your skills in the Online Mode. Start here with the Player Match - it is a good way to “taste” multiplayer battles without ruining your online rank. People come to Ranked Match with a serious intention to win, so don’t rush into this mode. The Tournament section will be a kind of ultimate challenge for your fighting abilities.

The scheme of discovering game modes of Tekken 7 is quite similar to one in other fighting titles - even in such different games as Super Smash Bros. Ultimate.

How to choose a fighter?

The answer here is simple and complicated at the same time. Select someone you really like - not only their fighting style and effectiveness of hits but the personality, appearance, and the general aura around the guy or the girl. You are going to spend a long time with this character.

The difficult part is - it is better to give everyone a chance. Someone may be dropped out from the very beginning. But what about that powerful man? Or that … robo-creature?

Take your time to get to know different characters. The Story Mode is very helpful here, but don’t limit yourself with it. Of course, taking different fighters to the Arcade or Treasure Battles is a nice practice - good players should know not only their fighters but also their opponents.

You can’t go anywhere in fighting games without attacks. Let’s learn how to deal damage!

And let's start with controlling!

There are four attack buttons in the game for each limb of the character:

These numbers are not just for making a list. In the Tekken community, use them to name this particular attack - for example, “to make a simple combo, press 1-1-2. We use these numbers in the following explanation.

The effects of these attacks change if you combine them with movements.

Basic attacks are divided into three groups - it is quite important to know where attacks of your fighter land.

There are three types of attacks in Tekken 7:

While practicing with your character, pay attention to the distance between fighters - how far this or that attack can reach. It is better not to hit the air because your fighter becomes vulnerable for a while.

To perform much more powerful attacks, you should use combos, or series of attacks - press specific buttons at specific moments. Learning combos, which includes chaining the types of attacks, is important in the initial stages of the game. They allow you to take the enemy by surprise: a quick switch from low to medium attacks and vice versa will let you go through the enemy's defense and cause severe damage.

You can see the list of combos (moves) in the game. The list is quite impressive - you don't have to learn them all. 10-15 the most effective for you will be enough.

Beginners can use the Assist Button that activates automatic combos - press the attack buttons while holding L1 (PlayStation) or LB (Xbox). This may be a good feature for casual players.

There are two types of defense:

It would be better if you learn how to switch between them to protect yourself from most enemy attacks. Remember - the guards are not a full protection. Throws (at short range) can easily break your defense. Also, blocking reduces the mobility of the fighter.

The best option against tricky enemy's attacks is moving away or crouch. Backdash (press the back button two times in a row) and steps to the side (quickly press up or down) are the main moves in Tekken 7.

It's important to train your movements. Although, it's complicated: you need to carefully monitor the game and predict the enemy's actions, like in chess or any computer strategy game. But as soon as you figure out when you need to backdash, you will become several times stronger than most players in Tekken 7. Remember that your task is to move or crouch in time - when the enemy prepares to attack.

Sometimes just moving back is not enough; that’s where side steps come to the rescue. Before you dodge, it's worth finding out what tracking is. Commonly, you need to take a step to the right against strikes on the left, and vice versa. Unlike backdash, the necessary step to the side will help to avoid a series of attacks.

Also, it is worth studying how to get up from the ground. Most players, being on the ground, stupidly mash all the buttons in a row, but this isn’t how it should be handled. The character can get up in different ways: with a footrest, a blow to the head, a roll to the left, right, forward, or backward. Each option has its own goal.

After you are knocked down, you can use one of several methods. You can press 1, 2, 3, or 4 to roll back and get up instantly. This movement is called a Techroll and is considered one of the safest methods to get on your feet after a fall.

If you hold b (back) after being knocked down, you roll back and get up. Also, try to avoid lifting to your feet while holding f (forward).

On the other hand, if there is no desire to get up immediately, you can lie there without any problems. Press u (up) to stand still without a roll, but in such a maneuver, the enemy can punish you. You can pause and press 3 or 4 to perform a lift with a simultaneous low or mid-attack. Experienced opponents expect you to make a mistake and perform one of the last actions. Therefore, it is essential to confuse them!

The Rage System first appeared in Tekken 6 - one of the best Tekken games. It allows players to deal extra damage when they have little health left. In Tekken 7, this system was improved by dividing Rage into two systems: Rage Arts and Rage Drive.

Although Tekken 7 is a fighting game, it somewhat resembles chess. Each round is a separate party, where you must analyze the enemy's actions and adapt to them. It's not enough to have a good reaction and know the combinations - you have to think.

Practice make perfect! Don't give up if something goes wrong - play more and soon you will be rewarded with victories. And DashFight will help you on this way!