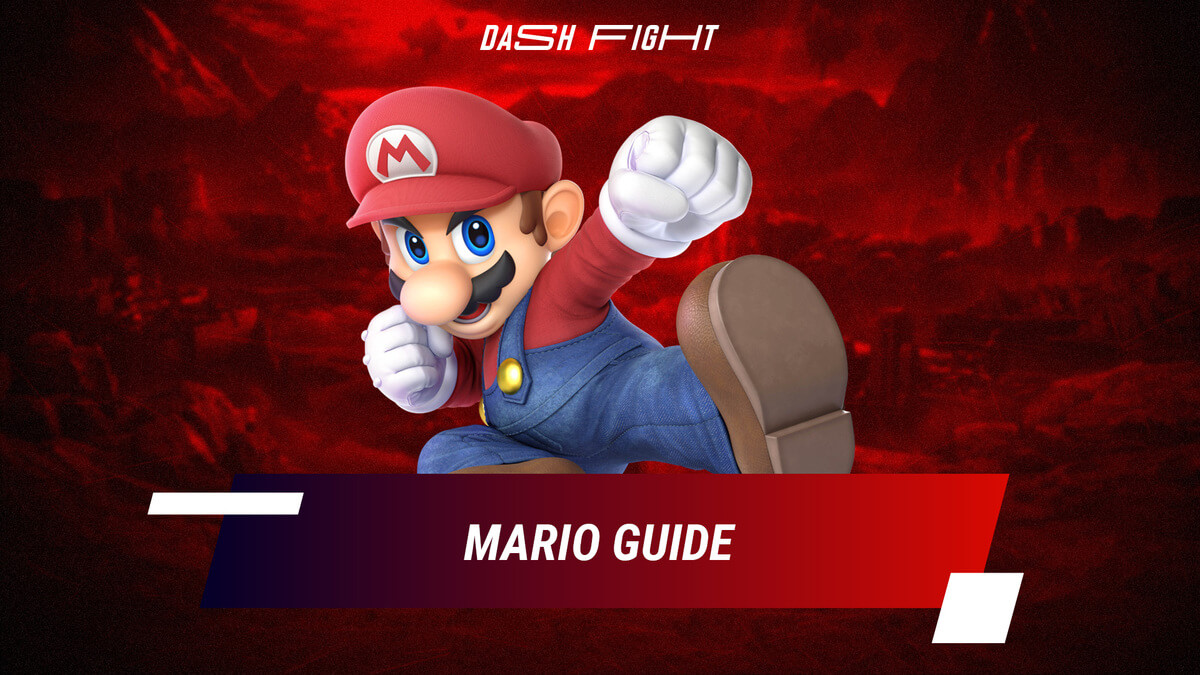 When you start playing Super Smash Bros. Ultimate, you may find yourself a bit confused - the game offers so much content that it may be difficult to decide from where to start. This confusion may be about game modes or various stages, but first of all, it’s about a breathtaking variety of fighters. Most SSBU guides recommend selecting one character and learning his or her features gradually, to the level of perfection. But whom to select? Smash Bros. Ultimate Mario is always a solid choice. If you don’t know with whom to start exploring the game, take Mario!

This plumber has quite an experience of fighting with all sorts of dangerous creatures. And he has quite an experience in Super Smash Bros. games too. Attacks and moves of Mario are very effective. The guy is not too heavy and not too light. It’s relatively easy to play Mario. Maybe, he will give you a “taste” of SSBU, so you will be able to take another character. Or maybe, Mario will become your ultimate fighter and you’ll spend many matches and even tournaments together.

In this Smash Ultimate Mario guide, we talk about the background of this plumber and his attacks/moves in SSBU. For a look at the game basics, check out our article How to Play Super Smash Bros. Ultimate!

A long-long time ago, gamers had to visit arcades to play video games. And even before they could choose the original Street Fighter, they could play Mario in his first adventure, named… Donkey Kong. Yep, it’s true, Mario was introduced to the world as a hero in a game with Donkey Kong - the ape kidnaped Peach, and Mario tried to save his beloved one.

The story continued with another arcade game, named Mario Bros. this time. Together with Luigi, our hero fought against various creatures in the sewers of New York. A bit later, Mario was released as a hero of the Game & Watch devices, and only after that, his story and personality got the final shapes - the game Super Mario Bros. was released in 1985 for the NES consoles.

Now, it’s probably the best-known story in gaming. Bowser kidnaps Peach and Mario looks for him in the fairyland to save the Princess. The core Mario games are platformers, and here are the best among them:

Also, Nintendo created many Mario games of other genres. Here are some very interesting (and successful) series:

The Super Smash Bros. series is another example of popular games with Mario. When Masahiro Sakurai worked on the release of a brand new fighting game, he wanted to connect it to popular Nintendo franchises. The Mario games were an obvious choice for this (as well as The Legend of Zelda, Metroid, and Pokémon).

We have Mario Smash starting from the original game for Nintendo 64. And then, Mario was part of every Smash Bros. game - including SSBU and (potentially) future installments.

How to Play Mario Smash Ultimate

Mario is one of the most effective fighters in this game. In fact, you don’t need any special advice for him - this guy is super versatile, so his abilities are already in tune with your personal style. Take Mario to a match and just start fighting! Ultimate Mario is kind of an ultimate choice for beginners in SSBU.

At the same time, it’s better not to underestimate this fighter. You can easily play Mario and get some victories. But to really succeed in the game, you should go much farther than the standard attacks. This character has quite an impressive depth of fighting mechanics, so you have a perfect space to experiment with Super Smash Bros. Ultimate Mario combos and grow as an SSBU player.

Most Mario attacks are close-range. Even if Mario is not as fast as Sonic, his movements are quicker than in the previous game, so a Smash 4 Mario guide may mislead you a bit.

Start mastering your skills. Get the latest MARIO guides!

Mario is a versatile fighter with many interesting abilities, so you can come up with lots of effective combos. Here are some ideas:

Up and Down Tilts of Mario are good combo starters. Try to experiment with them and chain into other attacks.

Up Air is also a good attack for Mario combos that can be chained into itself - you just need to throw the opponent up or catch them in the air. Up Air is suitable for this at low percentages.

Some players use Up Special (Super Jump Punch) as a finisher for Mario combos.

Mario air combos are more effective on heavy characters because light ones can escape the attacks.

Check out some Mario SSBU combos on this video:

How to get Mario in Smash Ultimate

You have this fighter from the very beginning of the game. In the Adventure Mode World of Light, players get Mario in the Starting Area.

To get good at specific attacks of each character, you can learn all their small features. For example, our Smash Ultimate guide of Frame Data explains the phases of every attack and how you can use them.

This Mario guide (as well as guides on other characters: Banjo-Kazooie, Captain Falcon, or Bayonetta) will be effective only if you use them in the game. Try out every move in the Training Mode to understand them better. Use them in offline and online fights. And at last, feel how they can be combined with each other. Practice makes perfect! It’s true for all fighting games even if they differ from each other as SSBU and Tekken 7.

Stay tuned to DashFight on Twitter, Facebook, and Discord to get all sorts of Super Smash Bros. Ultimate news and various helpful articles.

Start mastering your skills. Get the latest MARIO guides!