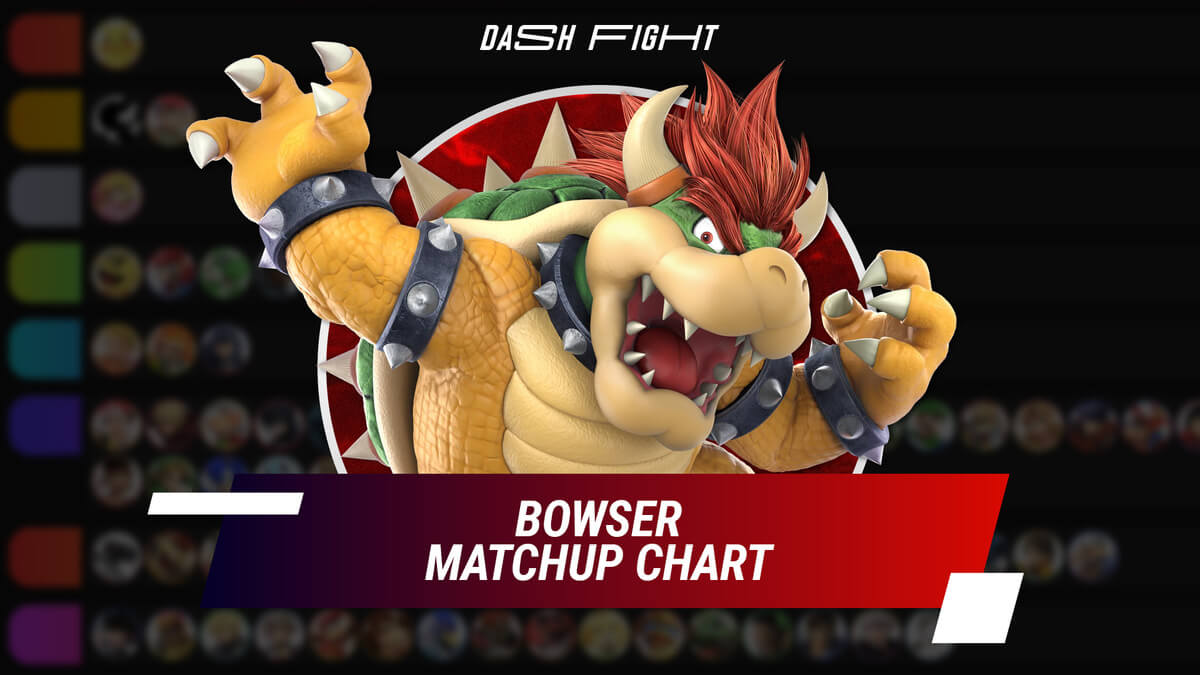 Nintendo
Take the power of Bowser under your control and win a lot of fights in Super Smash Bros. Ultimate!

The personality of Bowser is so deep and has quite a few layers (yep, it’s true, this guy is not as simple as he tries to seem). On the surface, Bowser is a typical in-game villain. And he is perfect in this role. Kidnaping the princess for so many years and giving millions of players a motivation to start virtual adventures again and again - this is quite a villain art. Then, a bit deeper, Bowser is deep into the tragic love. He adores Peach but can’t accept her refusal. The next level is his loneliness. Mario hates Bowser, but maybe this huge mighty turtle is only looking for friends to play with and have fun together...

Wait a moment! Bowser is not so lonely already - he has so many friends and fun in the Super Smash Bros. series. Of course, they fight each other here, but that’s the core of this game. Who knows, maybe after such matches Bowser doesn’t feel sad and lonely, so he can continue his villain mission with fresh enthusiasm.

Let’s keep the multilayered world of Bowser for another occasion and concentrate on the Smash Ultimate Bowser Combos and Moves. Previously we made an SSBU guide for another powerful creature - Pokémon Incineroar.

Like with other Super Smash Bros. Ultimate characters guides on DashFight, we start from a short acquaintance with the fighter. It’s not like Bowser needs any introduction - he is one of the most famous guys in the gaming culture. But it’s always nice to remind ourselves of the atmosphere around each SSBU fighter.

Before Super Smash Bros, Bowser has only one primary entertainment - to kidnap Princess Peach and wait for the fight with the rescuer Mario. He is a creation of the famous game designer and producer Shigeru Miyamoto. The first appearance of Bowser was in 1985 in the game Super Mario Bros. Then gamers enjoyed fighting against Bowser in lots of other Mario games. He is the King of the Koopas, dangerous turtles who also try to stop the famous plumber

The role of Bowser in this platformer is quite crucial. Usually, he is threatening the players throughout the game and waits for them in the final castle. Probably, he is training there to offer gamers a worthy boss battle.

Here are some very good games with Bowser:

Bowser is such an iconic character that you can meet him in many other games - for example, in adventures of Yoshi or even in the missions of Bayonetta on the Wii U and Switch. 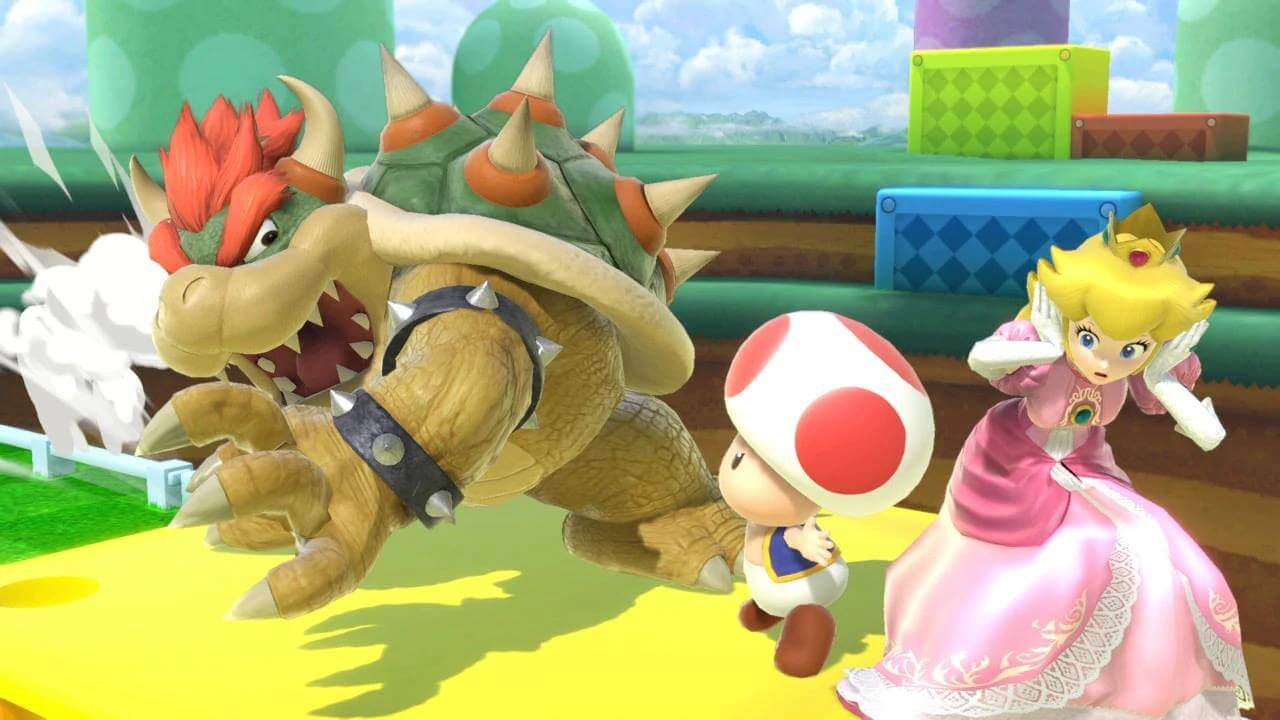 Most of his friends… or no, enemies from the Mario games were present in each installment of the Super Smash Bros. series. Bowser joined the battle in Super Smash Bros. Melee and stayed for every following game (imagine, Mr. Sakurai removes him - impossible! Bowser is not Waluigi)

In the Nintendo fighting, this character has specific features. First of all, Smash Ultimate Bowser is very heavy. His opponents should land a strong hit to push the guy off the platform. On the one hand, it’s an advantage. On the other, Super Smash Bros. Ultimate Bowser may have serious difficulties in returning to the ground.

The weight makes this fighter difficult for out-of-the-platform battles. Still, this doesn’t mean he has problems with the air attacks. Smash Bowser can deal quite a lot of damage with jumping - just try to keep him close to the safety.

Attacks of Smash Bros Ultimate Bowser are quite powerful but have a big risk to be punished.

The same as with Banjo-Kazooie, it’s hard for Bowser to fight against small and quick characters (such as Sonic).

How to play Bowser Smash Ultimate

Button mashing in SSBU is much more forgiving than in other fighting games (Street Fighter V), but still, you will play much more effectively with a proper understanding of every attack. Get the knowledge from our Bowser Smash Ultimate guide and then convert it into your skills with dedicated (and of course fun) practice.

If you played the previous games, you will learn how to play Bowser easily. For example, Super Smash Bros Wii U moves are quite similar to the Ultimate ones.

For the general basic info about this fighting game, check out our post Super Smash Bros. Ultimate Guide for Beginners. 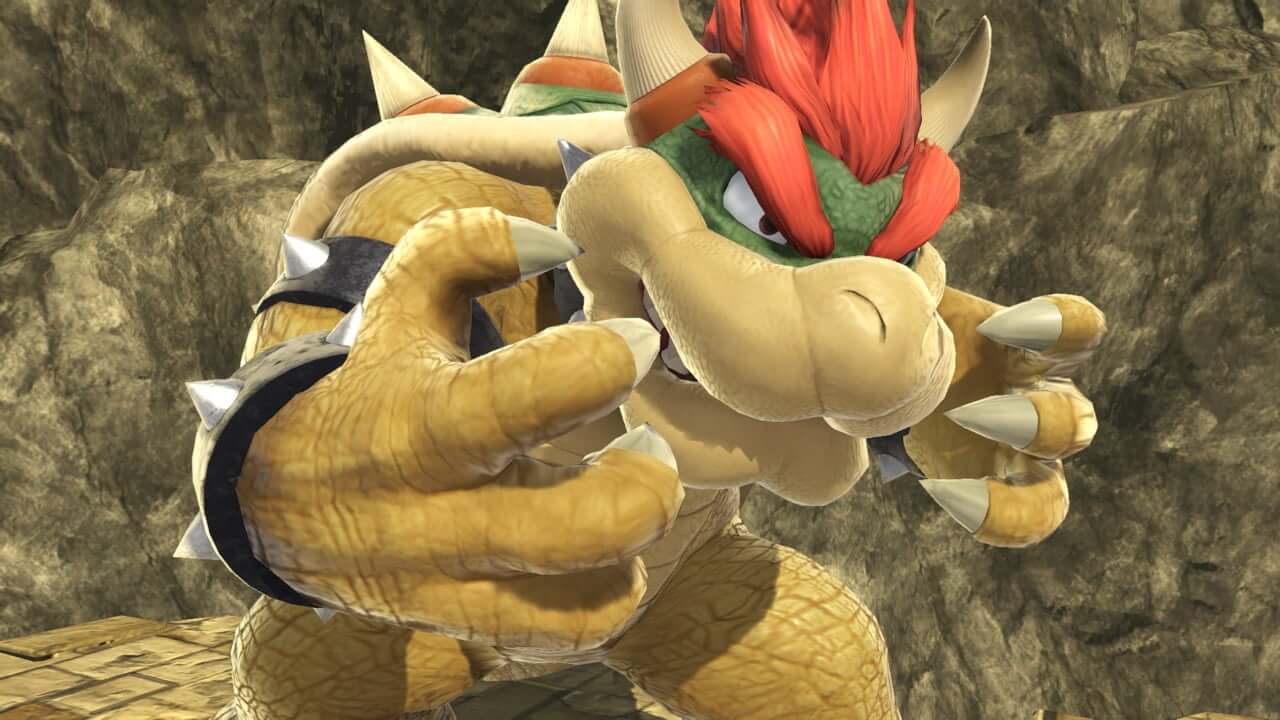 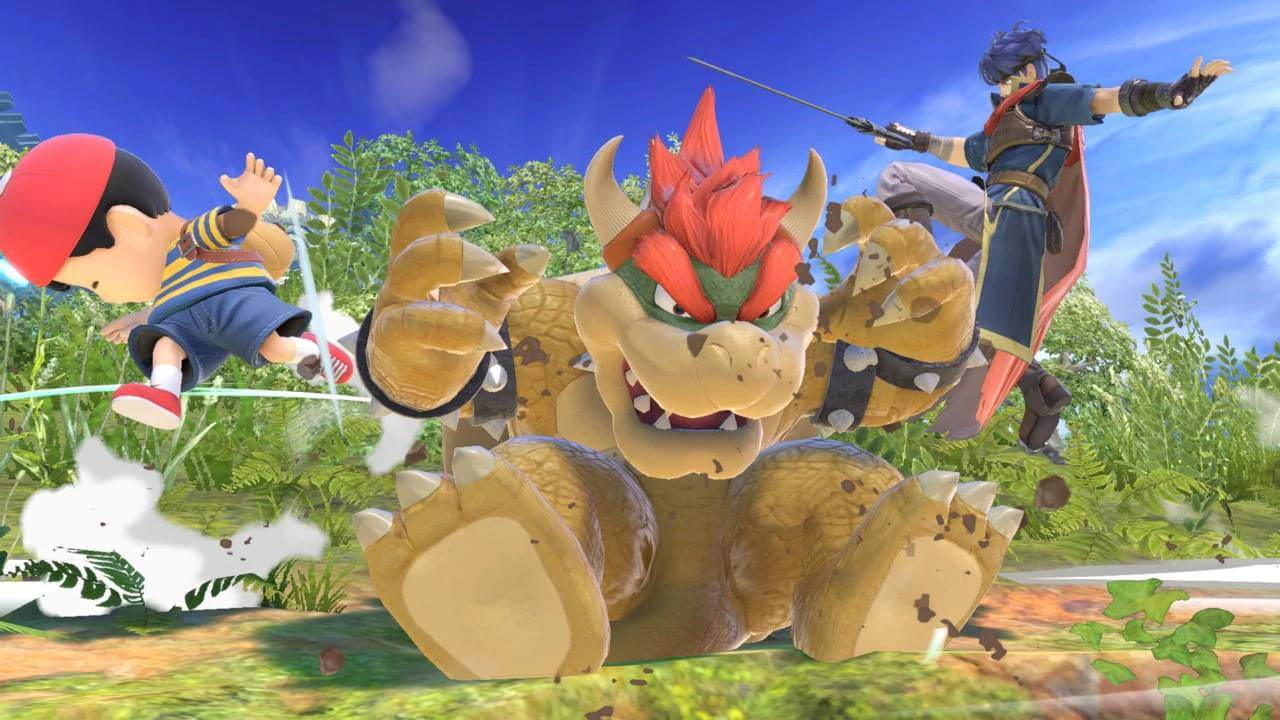 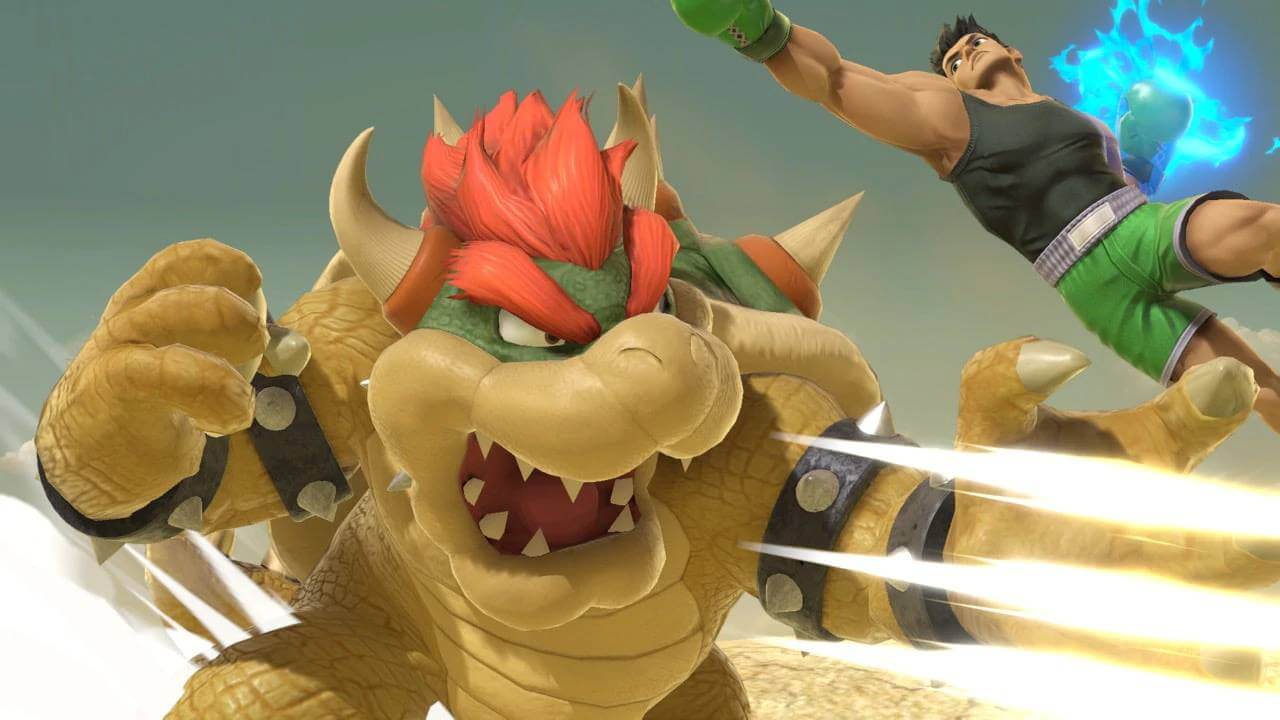 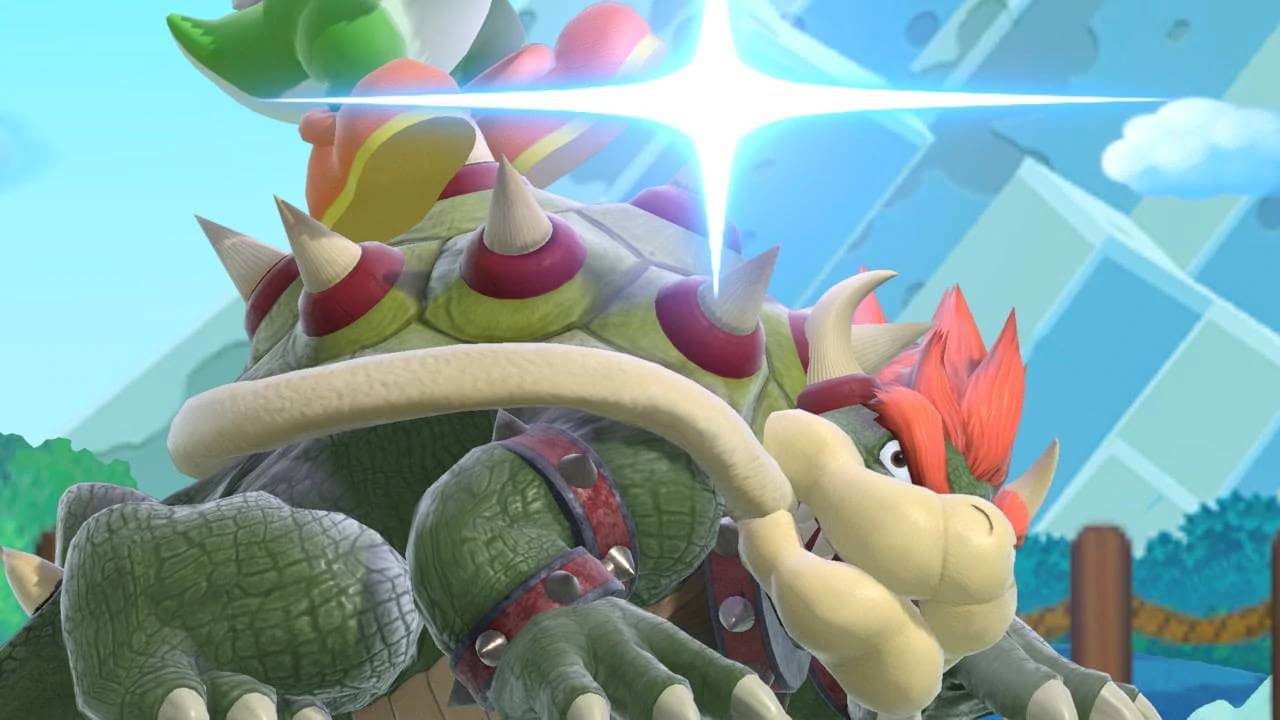 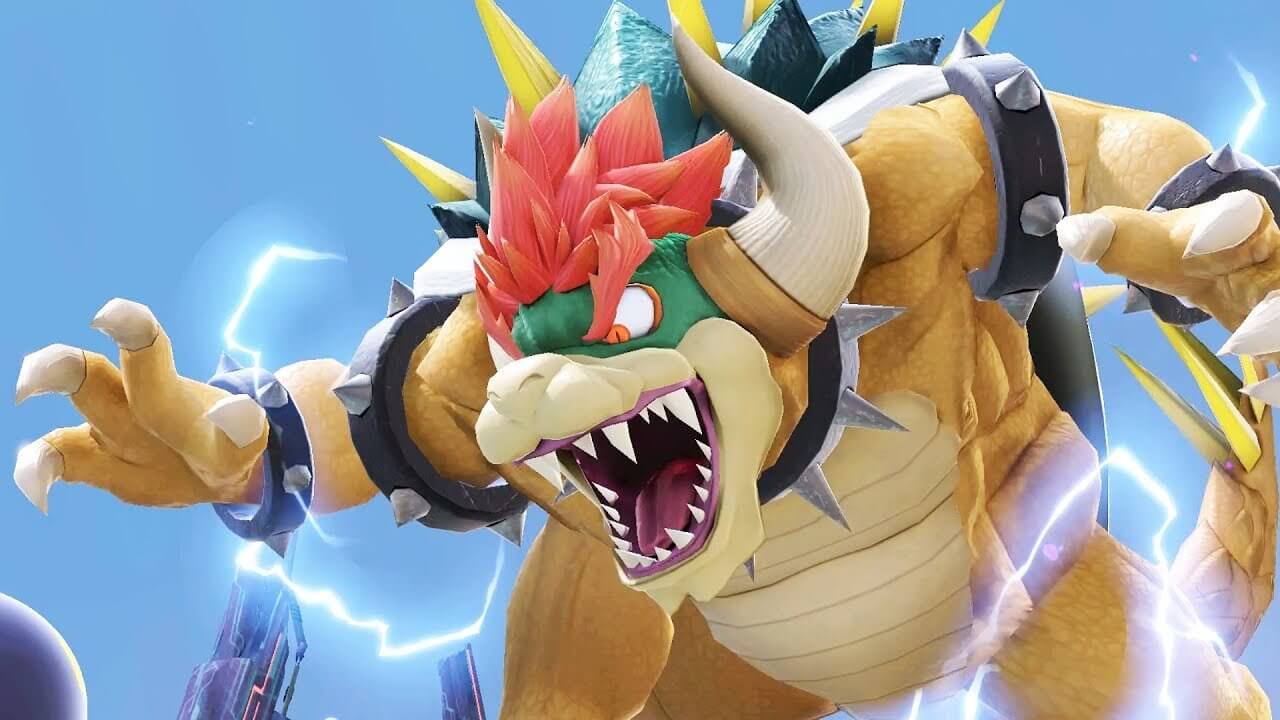 How to get Bowser in Smash Ultimate

Play VS Mode, and Bowser will be the 3rd unlocked fighter.

For getting him in the Classic mode, complete it with Donkey Kong.

In the Adventure Mode: World of Light, Bowser is in the Molten Castle Dungeon.

So, now you know how to unlock Bowser in Smash Ultimate - it remains only to practice amazing Bowser combos!

Bowser in Super Smash Bros Ultimate is a very good character for beginners. His attacks are rather straightforward, and if you like his style, feel free to take the Koopa King in the fights and smash your opponents.