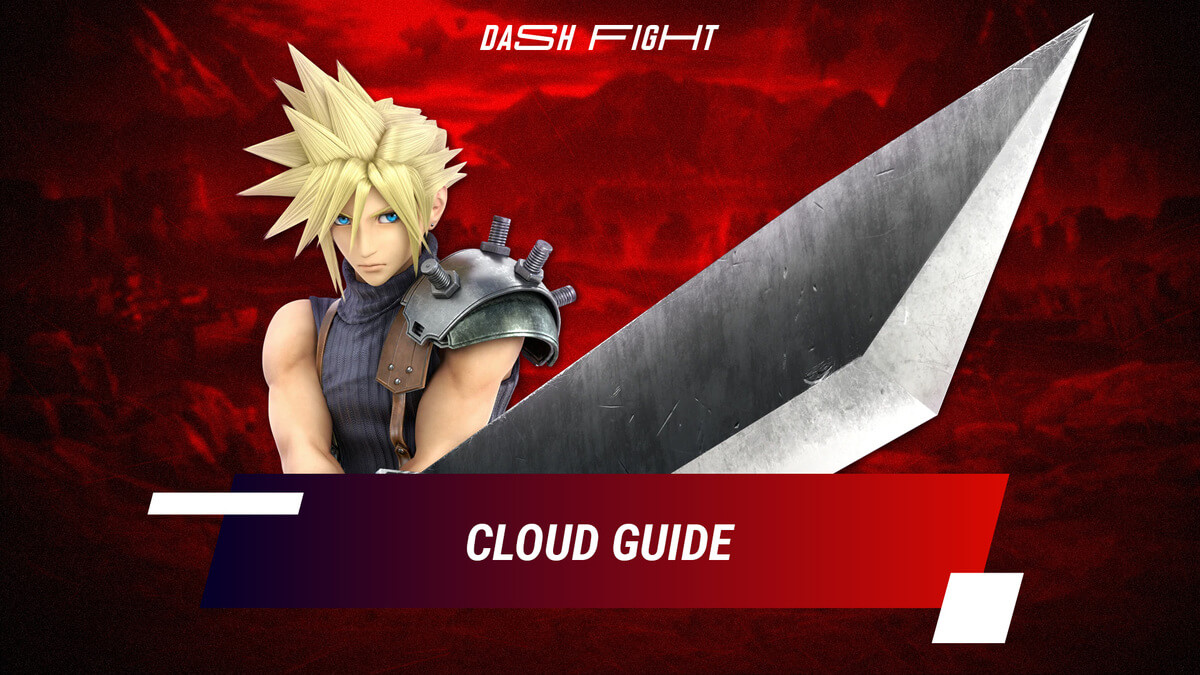 It’s amazing how Super Smash Bros. Ultimate connects so different gaming worlds! You can meet here heroes from lots of franchises - and of course, players who enjoy them. Such a mix of characters is an absolutely unique feature of SSBU!

Recently, we posted a guide on Mario. He brings a classic Nintendo atmosphere to the game. If you choose to play Bayonetta, you get some hack-and-slash spirit in your fights. And what kind of background carries that handsome guy with an enormous sword. It’s time for DashFight to make an SSBU guide on Cloud! Let’s talk about his personality and his moves/attacks.

The primary game for SSBU Cloud is Final Fantasy VII. It was released in 1997 for the original PlayStation (almost like the best Tekken game ever - Tekken 3). It’s a classic RPG with turn-based battles. Cloud Strife was one of the supersoldiers of the evil corporation Shinra that destroys natural life on the planet to earn even more money. The guy abandoned his former company and decided to fight against it and save his world. With his… Wait a moment! No-no-no, we are not going to spoil you the experience of playing FFVII! In its original version, the game is available on the PlayStation Vita, PS4, PlayStation Classic, Xbox One, Nintendo Switch, and PC. In 2019, Square Enix released Final Fantasy VII Remake for the PlayStation 4 - a totally fresh approach to the game.

Cloud is a super prominent guy, so the game developers decided to use him in more than one franchise. He is present in the Kingdom Hearts series along with many Disney characters. These games have a rather complicated but still very interesting plot - so, they are worth giving them a shot. The latest installment is Kingdom Hearts III for PS4 and Xbox One. 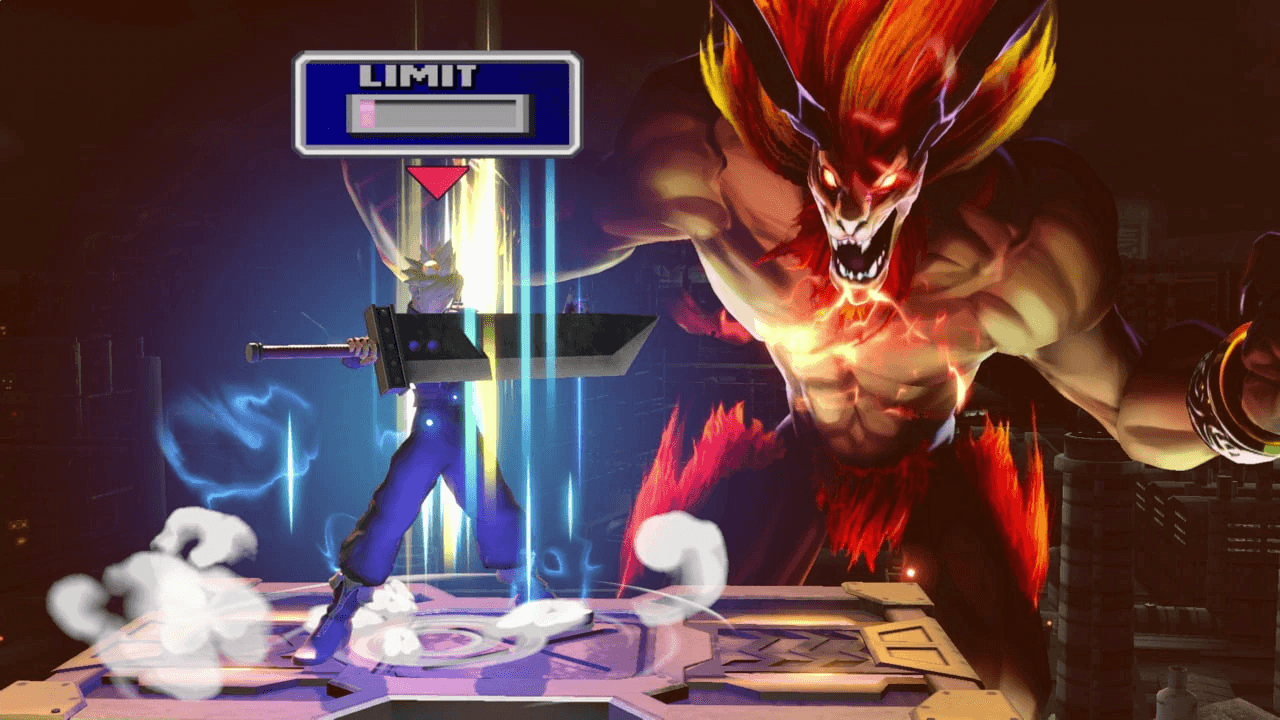 This guy with his iconic Buster Sword is one of the most popular characters in gaming - naturally, Mr. Sakurai and the development team have added Cloud to Super Smash.

For the first time, Smash Cloud became available in Super Smash Bros. 4 (for Wii U and 3DS). Players can get him with DLC.

In Super Smash Bros Ultimate, Cloud is part of the main roster.

How to unlock Cloud in Super Smash Bros. Ultimate?

To get Cloud in SSBU, you should play Classic Mode or Vs. Matches:

Then, to unlock Cloud in Super Smash Bros. Ultimate, you should defeat him on the Midgar stage.

How to get Cloud in Smash Ultimate Adventure Mode? 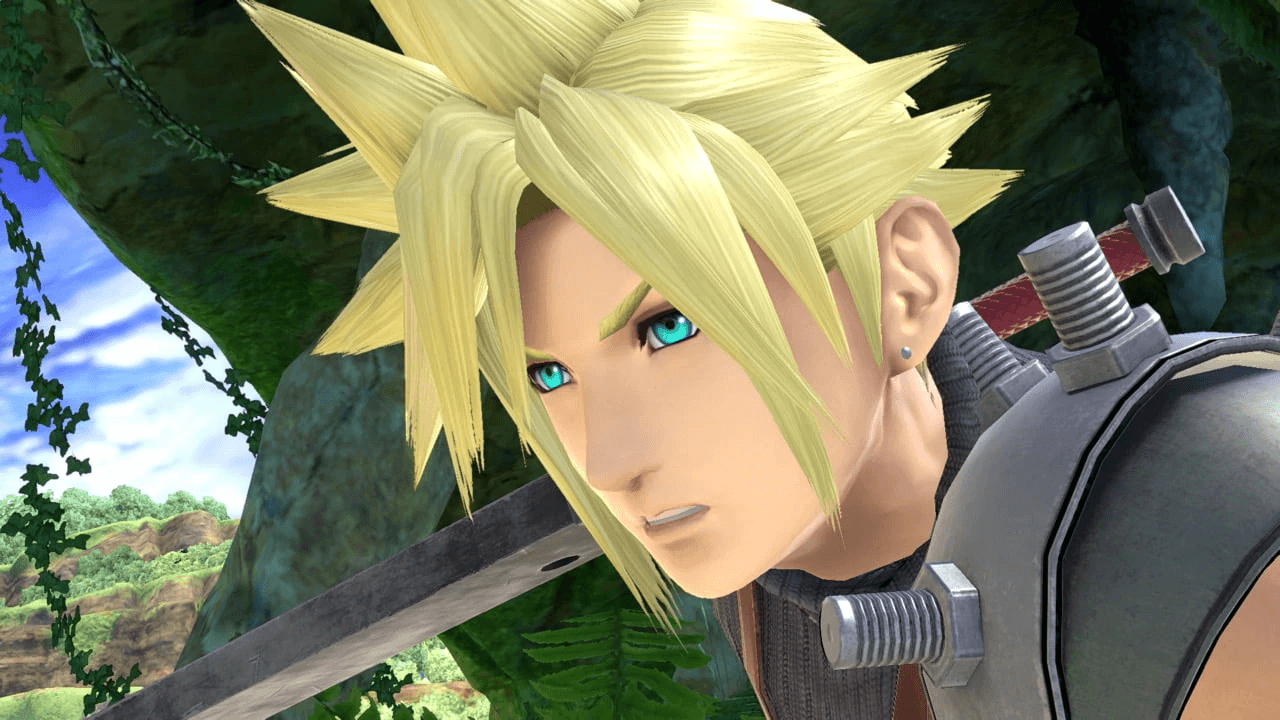 If you have experience in the previous game of the series, you can pick up Smash Bros. Ultimate Cloud and just start fighting - Cloud Smash moves are almost the same in the newest game. Only the Limit Break has been improved. Still, the results of playing Cloud may be different. The developers changed the stats to make the guy not so powerful.

Cloud in Super Smash Bros. Ultimate is a very fast swordsman. His weight is definitely not so heavy as that of Bowser or Charizard, and still, he is heavy enough to deliver mighty KO attacks. SSBU Cloud is especially effective in the air.

One of the most unique abilities of Cloud is Limit Break, which was taken from Final Fantasy VII. You can activate it by pressing Down B and thus start the charging process. Also, you can get that status by dealing/receiving damage. When the Limit Break is fully charged, all Cloud Smash Special Moves will be upgraded. Also, Cloud becomes faster - but he falls faster too, so be careful outside the platform.

In most of his attacks, Cloud use his sword 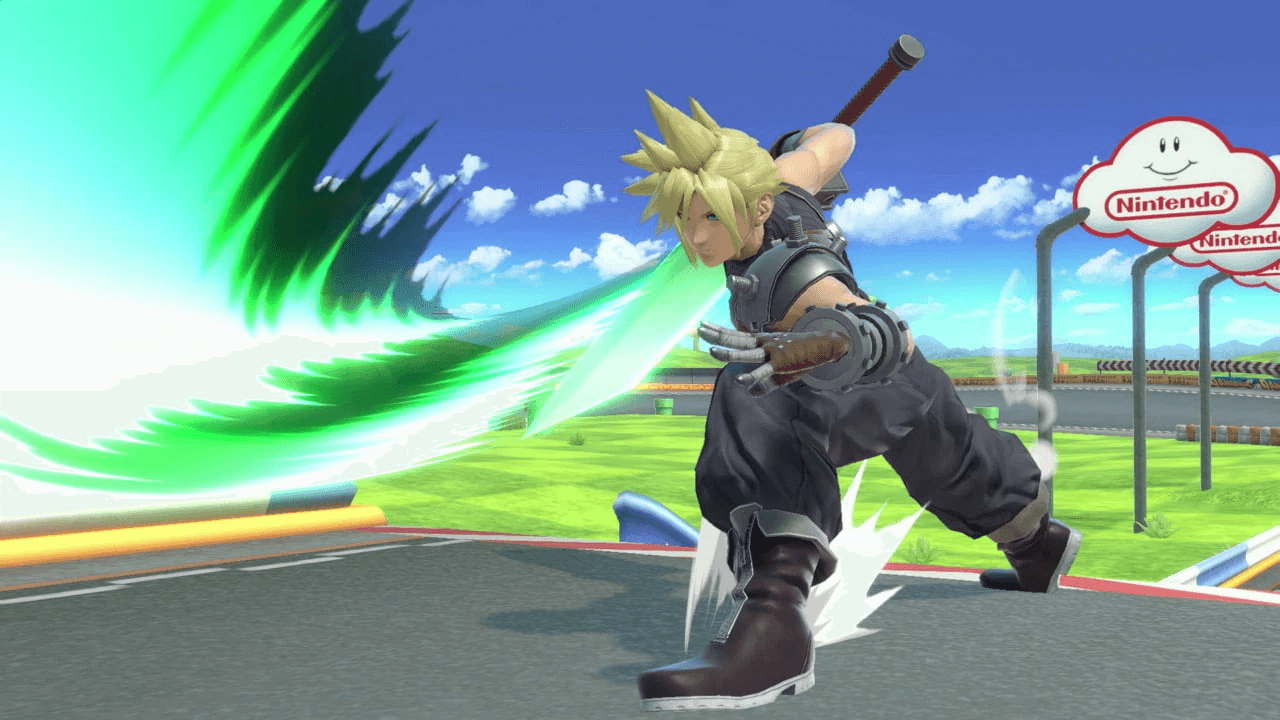 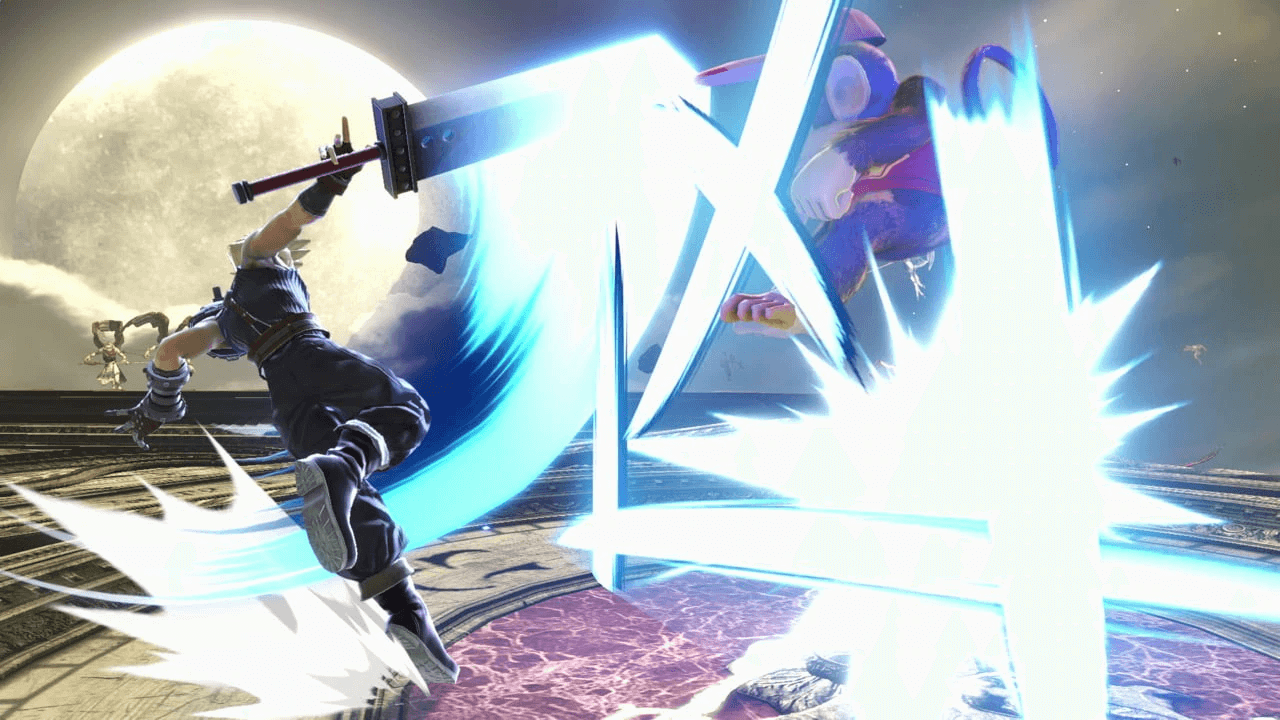 Final Smash in the Cloud moveset 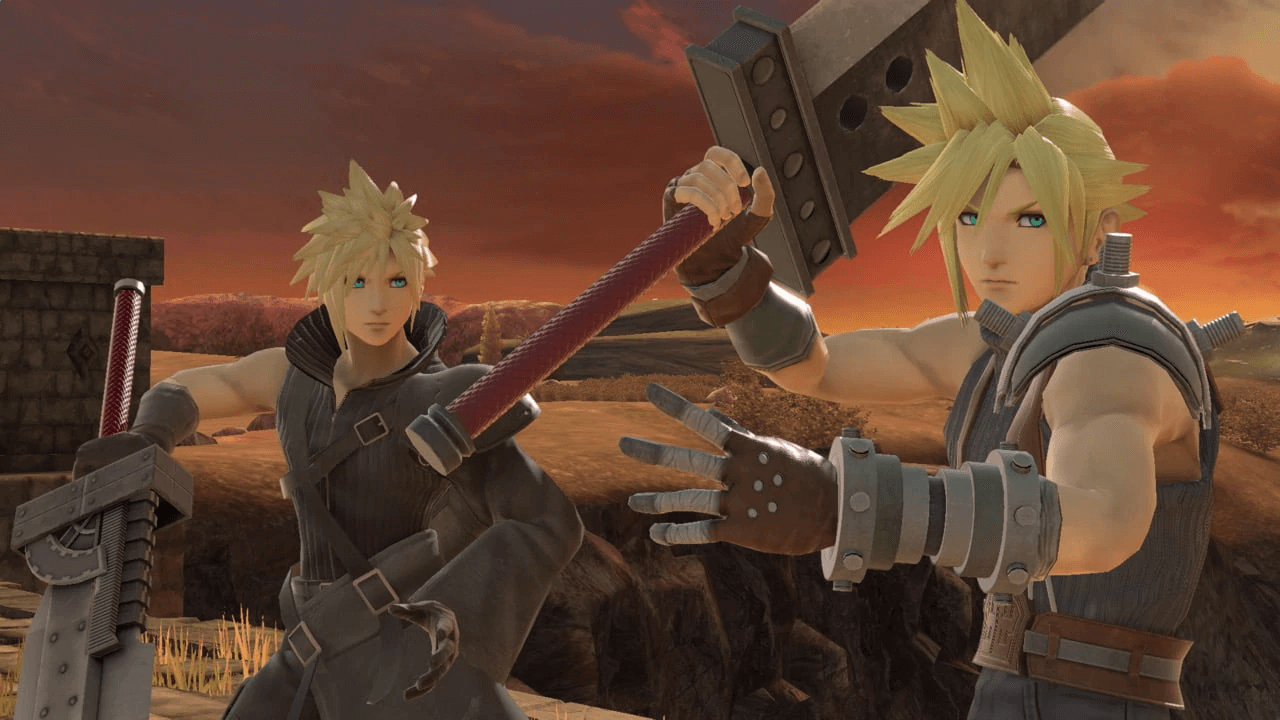 Cloud is not the only sowrdsman in SSBU. If you like this type of weapon, take a look at our guide on Chorm in Super Smash Bros. Ultimate, a character from Fire Emblem Awakening.

Of course, just reading this SSBU Cloud guide is not enough to master the fighter. Take the guy to an actual match, practice individual attacks and make Super Smash Bros. Ultimate Cloud combos with them. If you need some additional info on the game basics, check out our article on How to Play SSBU.

For other Super Smash Bros. Ultimate guides and also for posts about other fighting games, stay tuned to DashFight on Facebook, Twitter, and Discord.