Super Smash Bros Ultimate Guide: Joker and How to Get Him 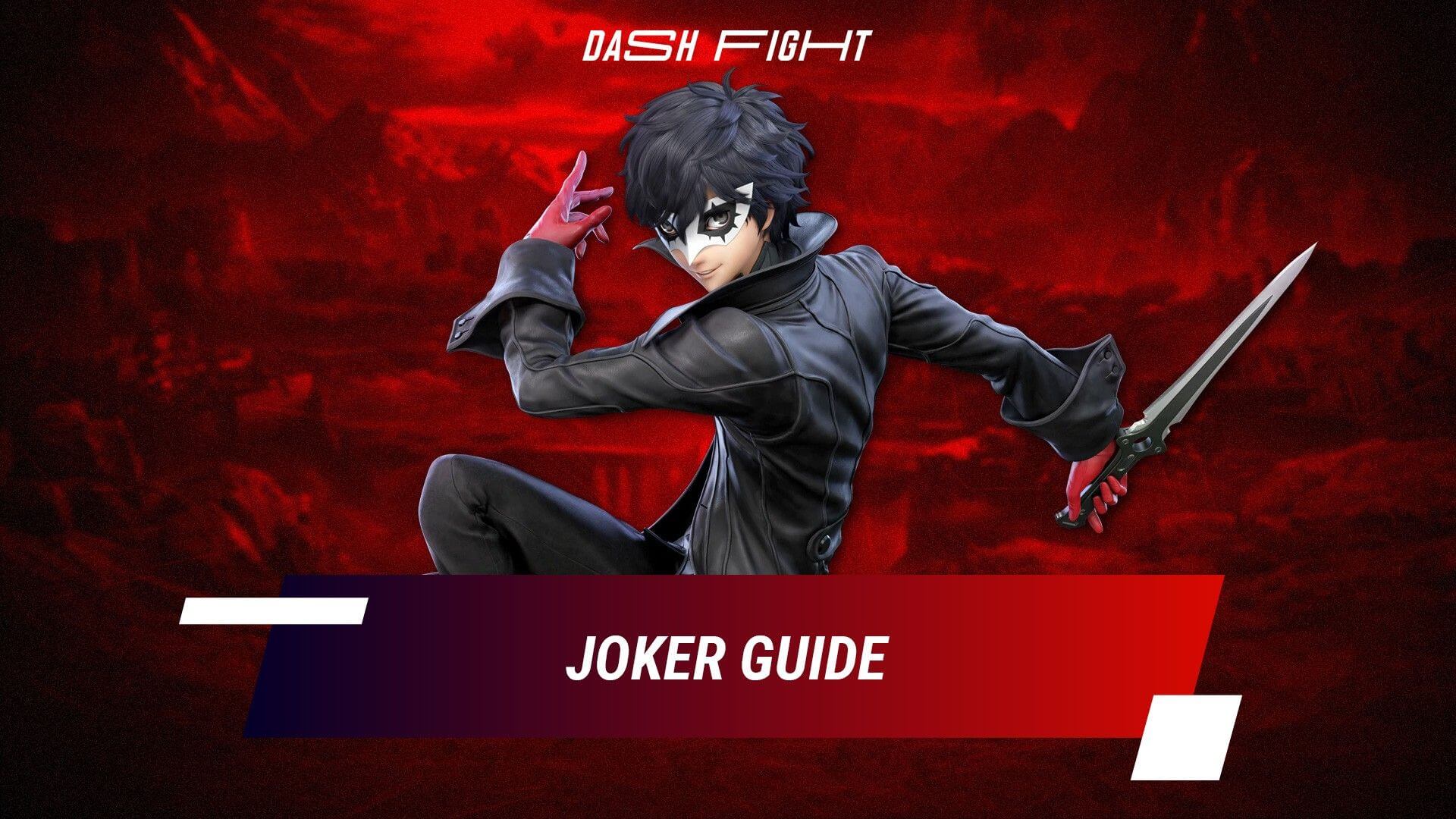 Nintendo
The Phantom Thief of Hearts

Joker is the main protagonist from 2016's sensational RPG, Persona 5. He's a member of the Phantom Thieves, a team of youths with the power to summon otherworldly beings named personas. Together they fight to free the people of Tokyo from the shackles of the corrupt and attempt to reform society.

Released on April 17, 2019, Joker is the second DLC fighter to join the roster, but the first character featured in Fighters Pass Vol. 1. Piranha Plant was the first DLC character to arrive in the game and was initially a pre-order bonus for the Fighters Pass.

Joker is an agile character that wields a gun and dagger, allowing him to dart around the stage while attacking from close to medium range. In addition, he can also summon his first Persona from P5, Arsene, to increase his fighting ability during battle.

How to unlock Joker

As a DLC character, the only way you can get your hands on Joker in Smash is either purchasing him alone or as part of Fighters Pass Volume 1. The former costs is $5.99, while the latter bundles all five Challenger Packs together and costs $24.99.

Whether you purchase Joker alone or as part of the Fighters Pass, you'll also receive a couple of songs from the Persona series and the Mementos Stage.

Nintendo included eleven great tracks sourced from Persona 3, 4, and 5 to join Joker in the jump to Super Smash Bros. Ultimate. They are:

Mementos, the Persona 5 palace depicting a twisted Tokyo subway is Joker's stage and a great addition to Smash Ultimate's locales. A few nice touches include the manner in which the stage changes color based on the Persona song playing. The franchise adopts a new theme for each game and the most recent iterations also add one color to go with it.

For Persona 3 we see Mementos adopt the color blue, Persona 4 paints it all yellow, and lastly, Persona 5 with its blood-red aesthetic. The rest of the Phantom Thieves also make an appearance on the stage, disembarking from Morgana (the bus) to cheer Joker on.

Joker comes with two costumes that have a few color variations which are automatically available upon purchase. These are:

This is Joker's Phantom Thief outfit which he wears while exploring Persona 5 dungeons. The outfit comes in the following additional colors:

The Crow color combination uses the same color palette as Persona 5's secondary antagonist, Goro Akechi. While the yellow outfit feels a bit much, the red is the game's signature color and feels right at home on the stage. Blue and purple are also relatively good colors on Joker.

This costume is Joker's normal school uniform, which he usually wears while attending classes at Shujin Academy. The black uniform also comes in a white variant that has its own charm.

Joker's specials make use of his gun, grappling hook, a spell, and a special guard. He's also equipped with the Rebellion Gauge which fills up as he takes damage, has a high percentage, or if he's at a stock disadvantage. However, Rebel's Guard ( his special guard) helps it fill even quicker as it defends against attacks, blocking 50% of all damage inflicted.

Once full, Joker is able to summon Arsene who hovers behind him and is immune to damage. In this powered-up state, Joker's moves become stronger and acquire new properties, like Rebel's Guard becoming a physical attack counter and projectile deflector depending on the need. Meanwhile, the spell Eiga does small damage to enemies over time and the powered version Eigaon inflicts even more.

Instead of firing single bullets from his gun, with Arsene, Joker is able to shoot three bullets in quick succession at each button press. You can also hold the neutral special button instead of tapping it, for continuous shots. However, holding the button is slightly slower than tapping it. The grappling hook which is normally used to grab onto ledges and also pulls opponents towards Joker becomes the ability to leap to great heights with a touch of invulnerability.

The Rebellion Gauge will gradually deplete after Arsene arrives, and once it's empty, so will the Persona vanish.

Here's a list of Joker's specials, including their Arsene variants:

As for Joker’s normals, he’s got kicks, slashes, a charge attack, and an effective sweep that propels him forward.

If you've played Persona 5 then you've probably already guessed what Joker's Final Smash is. He launches an All-Out Attack on the enemy, uniting with the other Phantom Thieves to give his opponents a good beating. The sequence looks like something ripped straight from the RPG, complete with his stylish pose once the attack has ended.

Joker's quick dash when initiating his final Smash covers a good distance and makes it possible to catch multiple opponents in it.

Joker excels at a hit-and-run playstyle which has him zipping around the screen, quickly dealing damage and then pulling out again. His ability to move while shooting is also a huge plus, but it's after the Rebellion Gauge fills that Joker truly shines.

The addition of more powerful tools to his arsenal makes him a nightmare to deal with. Coupled with his speed and agility, Joker is perfect for keeping opponents on their toes. Arsene excels as a comeback mechanic for when your chips are down, but even when you’re winning, the Rebellion Gauge gradually fills to give you that extra push.

Joker's true strength lies with Arsene, but making your game plan all about building the Rebellion Gauge can be easily exploited by crafty opponents. His regular toolset is very versatile but also lacks damage in comparison to other characters. This means that Joker mains require a level of patience, as they could spend a bit of time whittling down opponents as you also try to build up the Rebellion Gauge.

He's unsafe when shielding, easy to juggle, has low kill power, and loses most trades. All this doesn't take away from his strengths, but the Phantom Thief is certainly not invincible.