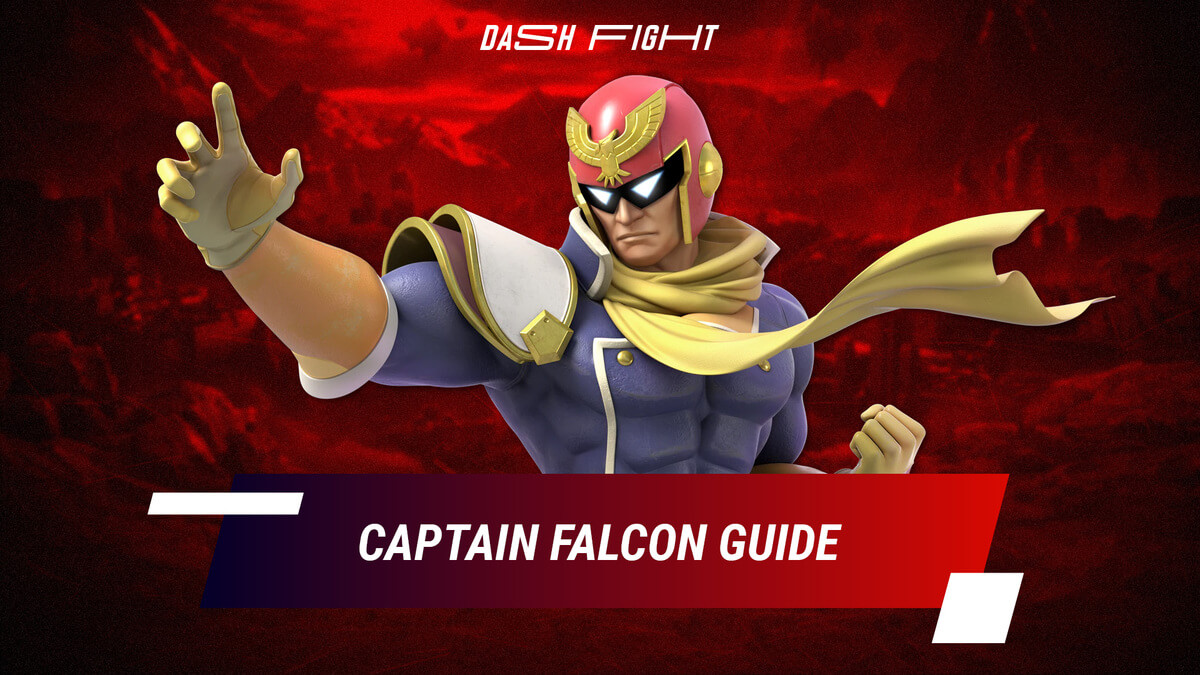 For many modern gamers, this guy is quite a mystery. The last core game with Captain Falcon was released in 2004, so he is familiar to many Switch owners only as one of the fighters in Super Smash Bros. Ultimate.

It’s so nice to see Nintendo paying tribute to their famous franchises even if they seemingly don’t plan to release new games of the series. Let’s take a close look at Captain Falcon as a personality in the gaming culture and as an SSBU character. This article on DashFight contains detailed info on Captain Falcon moveset.

We also invite you to check out our SSBU Captain Falcon matchaup chart.

Games of the Super Smash Bros. series mix gaming worlds, so you can meet here characters from various genres. For example, Banjo-Kazooie came from a popular platformer. And Captain Falcon is a famous racer, originated in quite old racing games.

Before delving into Captain Falcon Smash Ultimate guide, it would be interesting to remember primary games with this guy:

As you can see, the famous racer was present on three latest Nintendo consoles only as Smash Bros. Captain Falcon - a fighter on the Wii, Wii U, and Nintendo Switch.

Before delving into the details on this particular character, we recommend checking out the general guide for beginners - How to Play Super Smash Bros. Ultimate.

This hero was present in all the Super Smash Bros. games. He is available in Ultimate from the very beginning.

Smash Ultimate Captain Falcon is very fast - he is a racer, after all. But players should use this speed wisely. Just rushing close to the opponent may not have a good effect. To make Smash Captain Falcon more powerful in Ultimate than in the previous games, the developers made some changes in his attacks and gave him very powerful moves.

Captain Falcon is effective in the air thanks to his fast jumps, and still, many players notice his especial strength on the ground. Captain Falcon combos are super mighty and it is worth taking your time in the Training Mode to learn them properly.

Blue Falcon - the hero summons his famous racing car and smashes the opponents out of the platform.

How to unlock Captain Falcon

To get this guy into your roster, play through the Vs. Mode. To unlock Captain Falcon, you have to reach the 11th fighter there.

Stay tuned to DashFight to not miss other interesting posts. For example, you check info in the article Understanding Frame Data in Super Smash Bros. Ultimate.