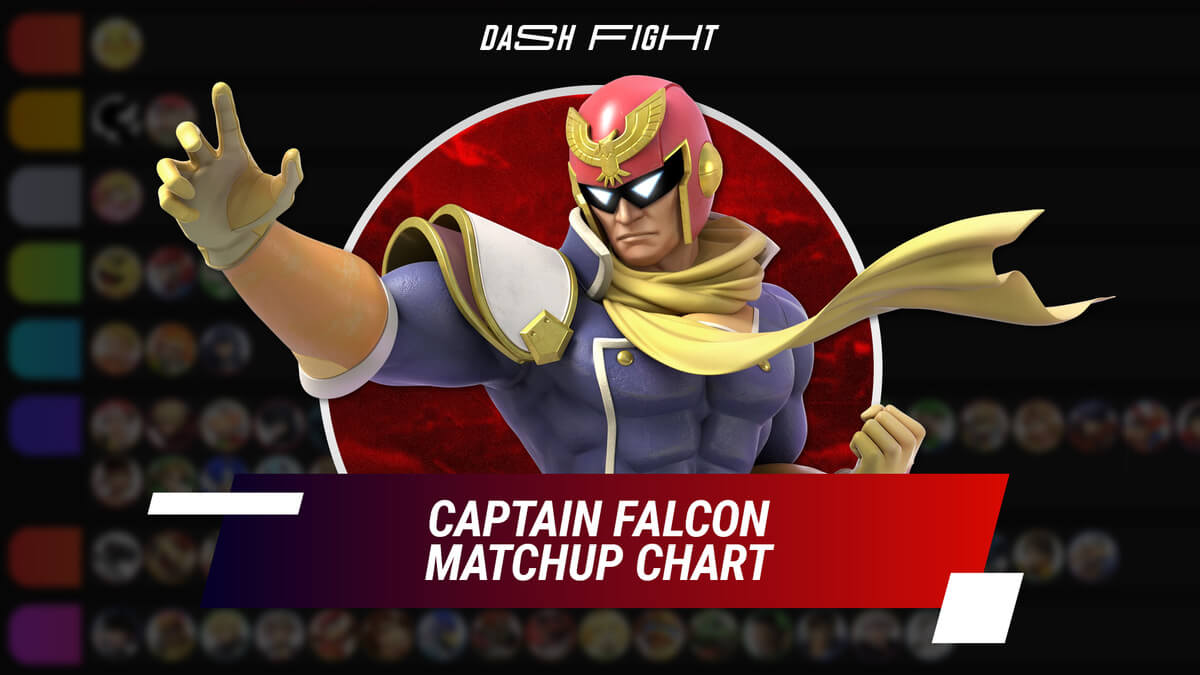 Nintendo
Check out our chart of comfortable and difficult opponents for Captain Falcon in Super Smash Bros. Ultimate

This guy is super fast - this is the spirit of his games. And he is quite fast in SSBU as well. Will this speed be enough advantage to proclaim Captain Falcon one of the best characters in Super Smash Bros Ultimate? Probably yes, but only if you really like this guy and want to choose him as your primary factor. After all, the preferences of players are rarely based on bare calculations. We have lots of emotions involved in this fundamental choice.

We talked about this character in more detail in our SSBU guide on moves of Captain Falcon. Here, let's take a look at his matchup chart.

We mentioned this in a similar post about Bowser, and it's worth repeating - SSBU matchup charts are never an ultimate truth on the strengths and weaknesses of game characters. All the fighting games are rather unpredictable, and the developers try to balance fighters to not make anyone too strong or too weak (this is true for Tekken 7 and Street Fighter 5 too). Also. lots of additional factors affect match results. It’s always better to choose the character you just like and then practice with them to improve your skills and master various tricks.

Our Super Smash Bros. Ultimate Captain Falcon matchup chart may differ from your personal experience in the game - we all are different and have our own opinions. Improve your skills with our SSBU guide for beginners, practice a lot, and prove Captain Falcon can defeat anyone from the unfavorable groups (or your guy from the favorable groups can easily beat him).

Captain Falcon matchup charts still have a practical role - thanks to it, players roughly know when to activate all their power and when they can count on in-game advantages.

You can see how CF is pretty well-balanced in the game. He has advantages over quite a lot of other fighters. And he has disadvantages in the matches against the same big number of characters.

In the picture and the chart below, we put Captain Falcon counters according to the gradual increase of their power. The division into these five groups is not so strict - take it with a grain of salt.

Captain Falcon is strong against

Captain Falcon has slight advantage over

Captain Falcon is even with

Captain Falcon has slight disadvantage against

Captain Falcon has disadvantage against

If you like going deep into mechanical aspects of the game and find out how to use them to your advantage, you may be interested in our guide on Frame Data in Super Smash Bros. Ultimate.

Captain Falcon is ready to fight in all the games of this amazing series. For more info, check out our article Ultimate Story of the Super Smash Bros. Series.

For getting fighting games news and articles in your social newsfeed, stay tuned to DashFight on Facebook and Twitter. And join our Discord server to stay in touch with our wonderful community!

Dabuz Shares His Opinion on Sora in SSBU