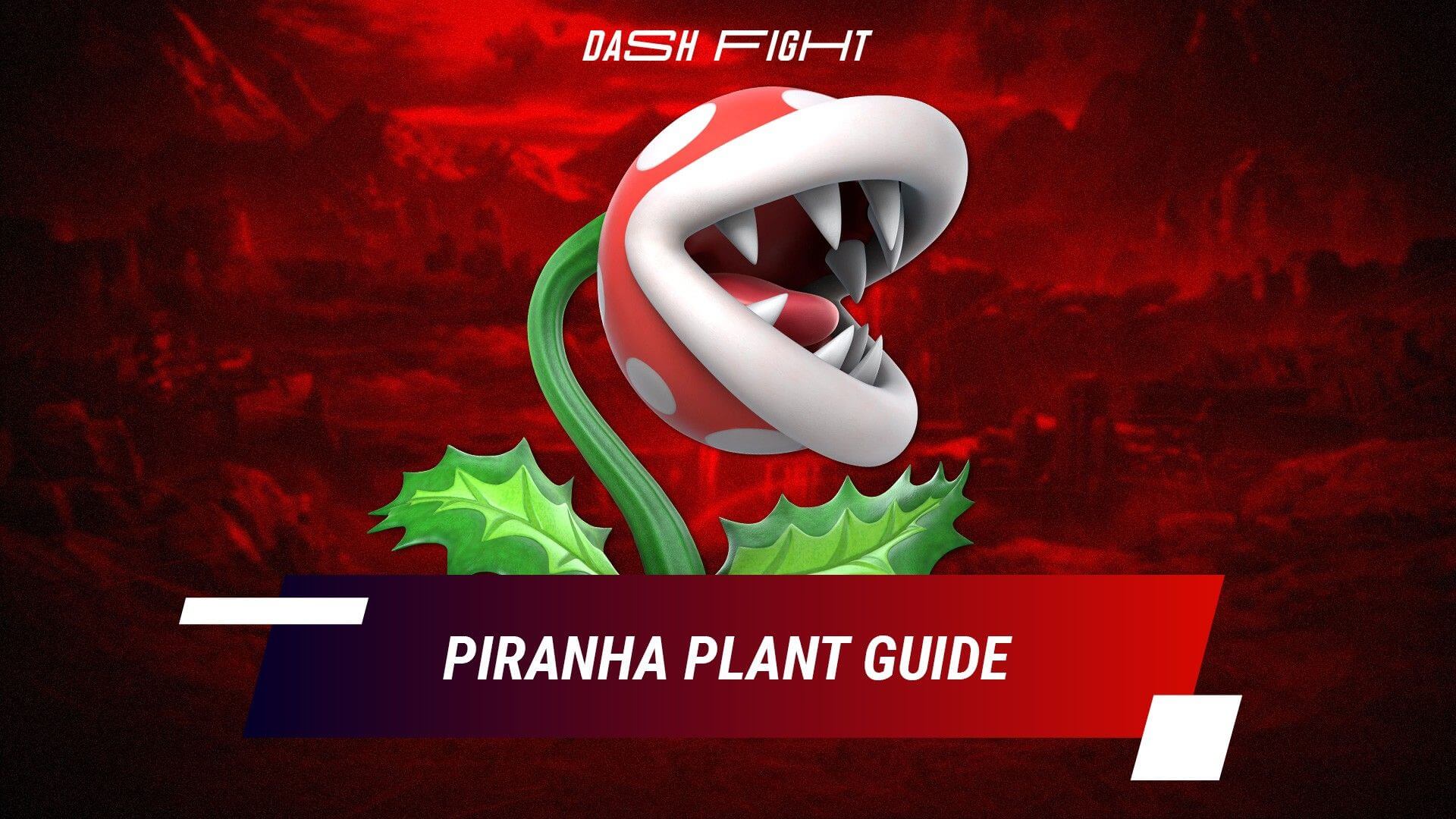 Nintendo
#Guide#Evergreen
It tasted something delicious in the Super Mario games, so now Piranha Plant is ready for more...

You can meet all sorts of gaming characters in Super Smash Bros. Ultimate. Some of them are quite… normal (of course, if you can call normal a blue hedgehog that runs faster than sound or a girl with extendable arms). But a few fighters in this game are especially weird - like a black 2D figure in the colorful 3D world or square-headed people that can’t bend their legs. Piranha Plant is probably the most unusual one. Can you imagine a plant from your windowsill decides to become a fighter and kicks asses everyone who doubts its skills?

Nintendo is known for their super awesome games and characters - with SSBU as a quintessence of this awesomeness. Everyone is here! You can check out the full list of fighters in Super Smash Bros. Ultimate. And if you are brave enough, continue reading this guide and get some helpful info on Piranha Plant (it has sharp teeth and can bite - we have warned you).

Horror of the Mushroom Kingdom

You know Piranha Plant if you ever played a Super Mario game. And you may even remember that feeling of meeting it for the first time - you jump onto a safe-looking tube but at the last moment something starts crawling up from the inside and then it just eats your Mario or Luigi). Terrifying, isn’t it?

In those platformers, players understand how to deal with Piranha Plant quite soon, so this danger becomes not that horrible (maybe, it’s one of the simplest minions of Bowser). And still, the plant remains one of the most iconic creations of the whole gaming culture. Of course, such a creepy thing has the power to join the fighting game roster!

Piranha Plant is also present in the game Link’s Awakening and Yoshi games.

We’ve been enjoying characters from the Super Mario universe since the release of the very first Super Smash Bros. game. They are present in each installment of the series, but poor Piranha Plant couldn’t join its friends (or mostly enemies) until SSBU. And even then, Masahiro Sakurai gave green light to Piranha Plant in Smash Bros. Ultimate only as a DLC fighter.

How to get Piranha Plant in Smash?

Piranha Plant Smash is available on Nintendo eShop for $4.99.

Everyone who bought Super Smash Bros. Ultimate before January 31, 2019, could unlock Piranha Plant Smash for free. It was possible to redeem your code until June 2019.

This fighter has a heavyweight (of course, Piranha Plant comes with a big pot). It’s not very good in movements but has a very decent anti-air protection.

Piranha Plant can only hobble on the platform, so for reaching opponents, it has learned how to extend the stalk and hit with the pot. The biting flower of the plant is exchangeable - you can choose something more effective in different game situations. To attack from an even bigger distance, Piranha Plant SSBU can even throw heavy spiked balls.

Piranha Plant is a very interesting fighter with quite effective attacks in its move set. Consider playing it in Super Smash Bros. Ultimate - at least, you will have a lot of fun! For beginners in the game, we recommend taking a look at our guide on How to Play SSBU.

For other helpful Smash Ultimate articles and interesting news, stay tuned to DashFight on Facebook and Twitter. Join our community of enthusiastic fighting gamers on Discord!