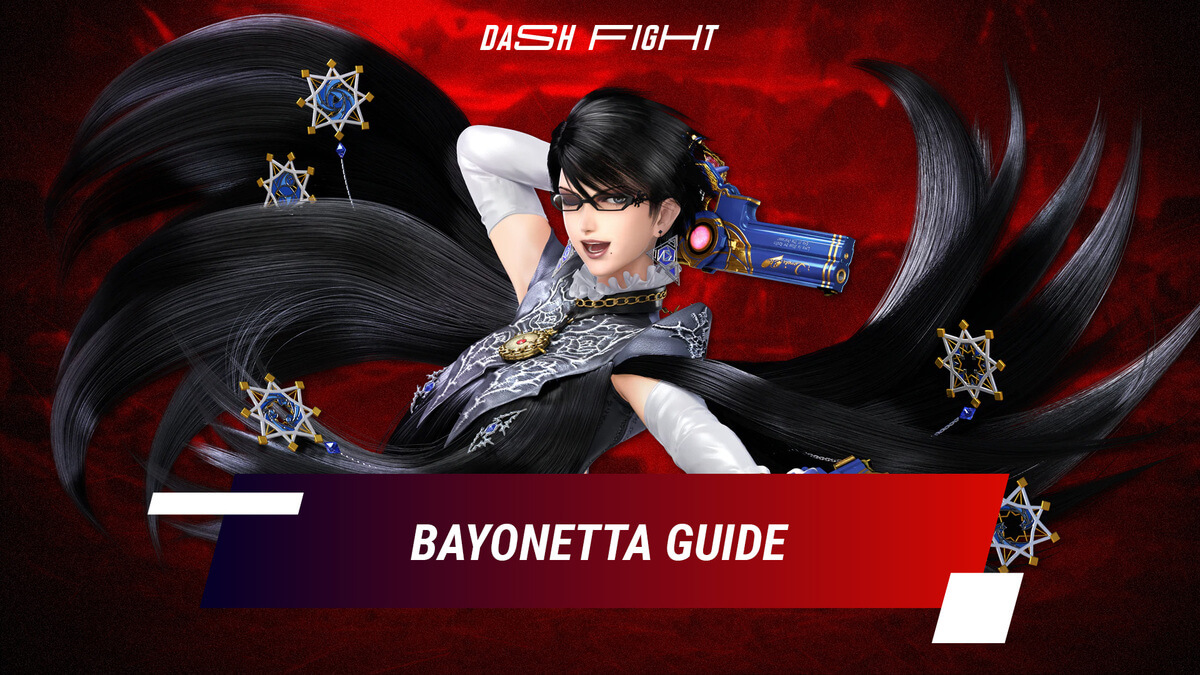 Choosing your character in any fighting game is a special process. To get successful, you should know your virtual guy or a girl perfectly, practice their every move and combo notoriously. In fact, your choice defines the general playing experience in the future and somewhat describes you as a personality. This is true for most fighting games (such as Tekken, for example). But for the Super Smash Bros. series, the process of choosing your character is even more significant.

The variety of fighters here is absolutely breathtaking. You can take Sonic and have that specific atmosphere around the blue hedgehog. Or you can take Ryu and bring the power of Street Fighter games into SSBU. And your experience will change drastically! Would you like to choose Smash Ultimate Bayonetta? Then be ready to delve into the unique hack-and-slash action from the original games with this powerful girl!

Our Smash Bros. Ultimate Bayonetta guide describes the story behind this character and highlights the basic Bayonetta moveset.

Recently, we published a similar guide on SSBU Banjo-Kazooie.

Her real name is Cereza but the world knows her as Bayonetta. She is a witch but not an ordinary one (are there ordinary witches?). Bayonetta belongs to the clan of Umbra Witches and performs powerful dark magic.

In her core games, Bayonetta uses lots of different weapons and participates in seemingly endless fights against all sorts of mystical creatures - with blood splashing all over the place and various over-the-top animations, such as creating a mighty demon out of her long hair.

Super Smash Bros Ultimate Bayonetta is not that aggressive. After all, the Nintendo fighting is fun entertainment, not an epic story of mythological battles. Still, many Bayonetta moves resemble the original animations from these two games:

Of course, it’s better to explore the story directly in the games - but the plot here is not so important as an excellent battling system.

This witch is quite popular as a game character. You can meet her at many gaming gatherings because cosplayers love her. And you can meet Bayonetta as a guest character in some popular gaming series. She joined Nintendo fighting in the game Super Smash Bros. 4 (for 3DS and Wii U).

In SSBU, the Bayonetta move list is pretty unique. For example, she can use guns to shoot the opponents from a safe distance. This feature helps properly meet fighters while they return to the platform.

Another awesome feature of Bayonetta is the ability to transform into bats and thus avoid attacks. For example, a Smash Ultimate Bayonetta guide may recommend to use this trick to come close to the opponent even if they try to stop your fighter.

This character has good recovery options - she can perform her Up special twice, “jumping” in the air.

In general, Bayonetta is a good in-air fighter and many of her combos start with pushing the opponent up.

You can also check out our Bayonetta Matchup Chart here.

How to play Bayonetta Smash Ultimate

The best way to discover various combos for a fighting game character is to play a lot to understand the basic attacks and experiment a lot in the training mode to see how those attacks can be linked into each other. But let’s make the whole process a bit faster and simpler! Here you’ll find some examples of Bayonetta’s strings and combos. They will help you to know where to start from.

Bayonetta in SSBU has many options for combo play, and this is both good and bad news for the players. It’s good because you can be creative and invent your own stuff. It’s bad because that creativity requires some work and dedicated practice from your side.

Down Tilt is a very good combo starter for Bayonetta. It’s a swipe that launches opponents into the air. You can use it at any damage percentage.

After launching with Down Tilt and landing the first follow-up, you can experiment with other air attacks. For example, don’t let the victim fall on the platform by landing Up Special.

If the damage percentage is low, you can follow Down Tilt with Forward Tilt.

Another interesting combo starter is Up Tilt. You could link it into Up Air, but that might not work on low percentages. In this case, try to use the starting string Up Tilt -> Up Tilt.

Forward Air is good to start a combo (when the opponent is in the air already) or to use as a combo continuation. Practice these strings:

Use Side Special Heel Slide to start combos (hold B to perform the second kick). The opponent is launched in the air just a bit, so you might need to practice the follow-up.

Another version of Side Special is After Burner Kick. In its Down-angled form, this attack is also a good combo starter and internal part of Bayonetta’s combos.

Down Smash Witch Time can be followed by other Smash attacks to KO the opponent on high percentages. The time-slowing magic might also help you to start other combos.

You can get a much better effect from this Bayonetta Smash guide (or in fact, any fighting games guide) if you not only read the theory but also implement your knowledge in practice. Don’t try to remember everything in one go. Start with something specific, convert it into your real skill and then return to this article for a new portion of info.

Here, on DashFight, you’ll find lots of helpful SSBU guides. For example, we recommend beginners to check out the article How to Play Super Smash Bros. Ultimate.