Looking Back at Evo 2021 Online 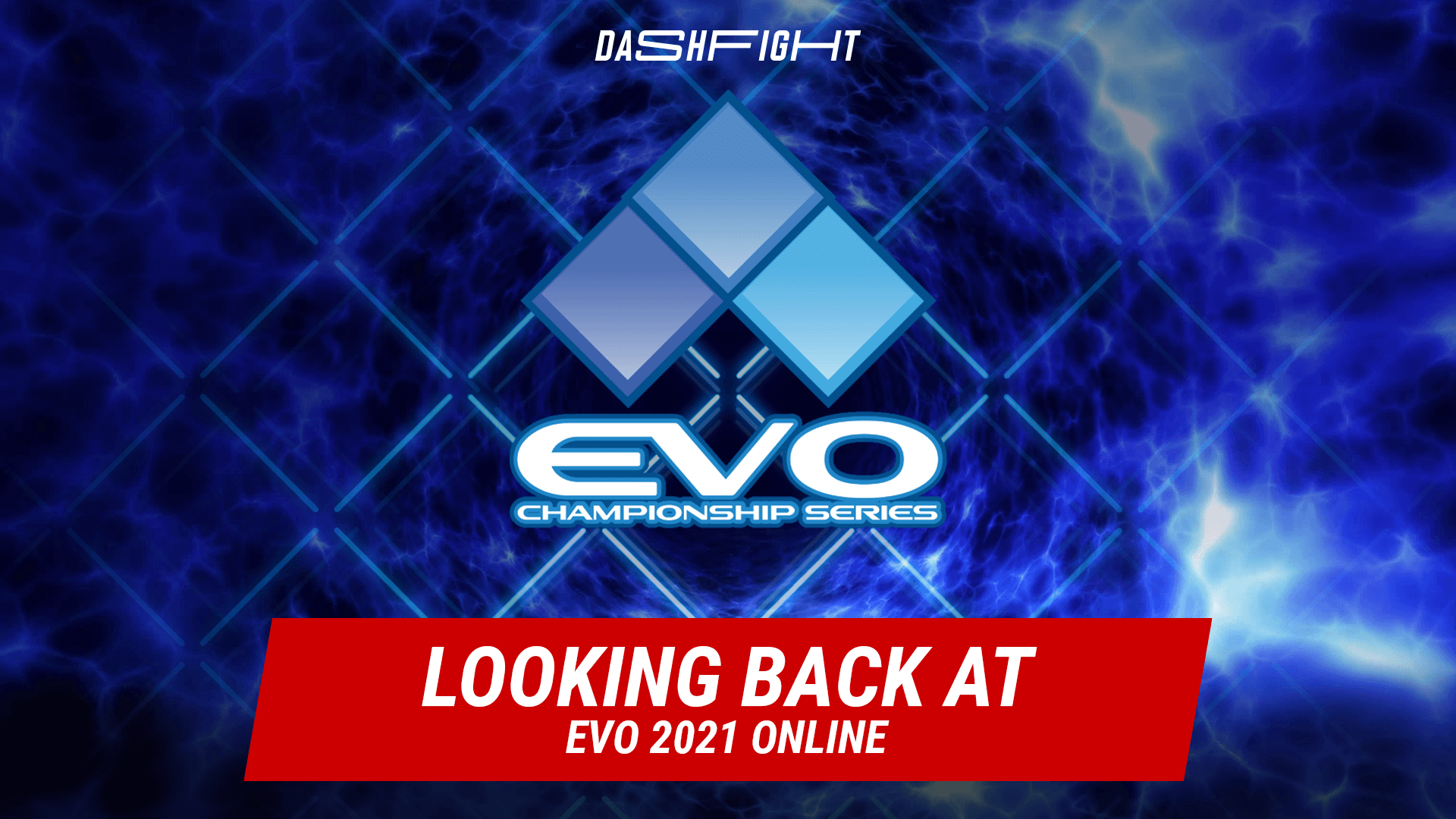 This month has been so exciting! It brought us back to the unadulterated fun that is Evo. We were reminded just how hype it is to watch the best players from all over the world sort it out between themselves. Yes, this year, we had a massive caveat of the event being held online. And while there were some hiccups here and there with the schedules and the amount of DQs, we couldn’t have reasonably expected more – it’s incredibly challenging to coordinate several tournaments in different games on four continents online. The fact that this Evo 2021 Online was held at all is a massive testament to the determination of the organizers. Moreover, they even altered the prize pools so that Top 8 payments were awarded not per continent but per region. An overall A+ job by the organizers.

Let’s take a look back at everything that happened during the DashFight coverage of Evo 2021 Online!

Before the start of Evo 2021 Online, we published a comprehensive guide to this year’s event. It combined all you had to know about the event in a single article. Take a look at it here:

Online or not, this event was a major draw in terms of participation. Many highest-profile players decided to take part in the tournaments, and some of them ended up as winners. Let’s take a look at the champions of every game in every region:

DashFight journalists swiftly reached out to many winners and prominent players of this iteration of Evo and did small interviews with them. Here they are, divided by the game for your convenience:

Before Evo 2021 Online even started, our journalists took a look at the games’ tier lists and made some significant changes that they felt represented the current balance state the most. Despite some really cool surprises, I think the lists were spot on!

Before we continue, test yourself with this Evo history knowledge quiz!

During both Evo weekends, our journalists continuously updated the materials for the main games with all the relevant information about the Top 8 participants, brackets, and results. On top of that, they were constantly reaching out to players and included their opinions in the live format.

Best of the Best

After the whole event ended, we took our time to analyze the footage and decide on who was truly standing out above the rest. We came to the consensus and picked the best players and the best plays from Evo 2021 Online, which we present in these two final materials:

Evo 2021 Online has ended, but we don’t take any breaks. DashFight will continue to provide you the coverage of all things FGC, so follow us on our Facebook and Twitter to not miss a thing!