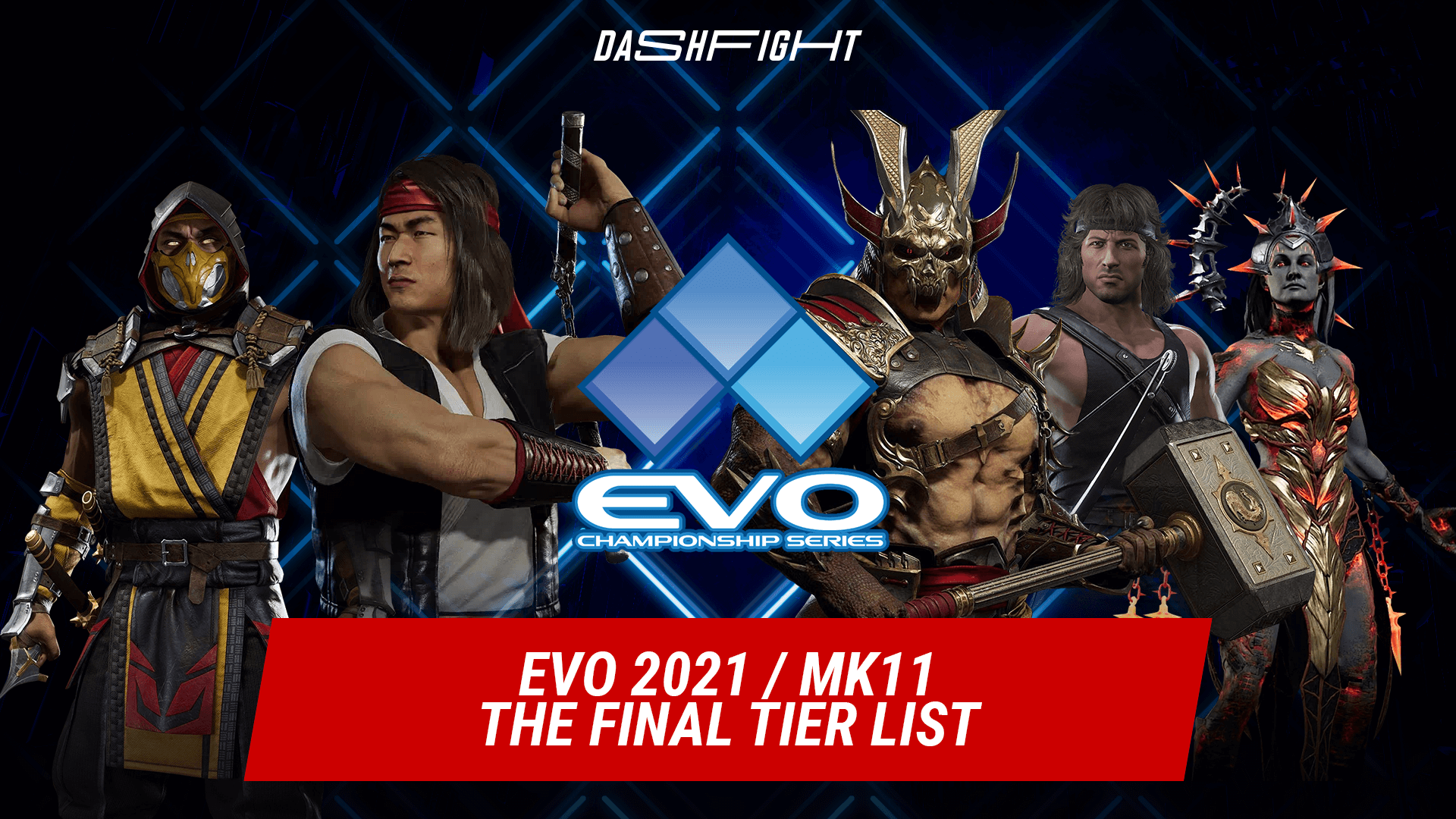 Evo is upon us, and the less said about how muted it seems, the better. Regardless, we are assured of some insane hype when the tournament gets underway. There will be upsets, sick clips, and a whole of fighting prowess on display over the next couple of weeks to keep us all excited. But before getting into all the fun and exciting stuff we can expect from the fighting game festival, it seems reasonable to wonder about the state of Mortal Kombat 11. The popular NRS title said its goodbye last month as it was announced that the game would no longer be receiving support from the developers.

Before this abrupt announcement, there was a small balance patch released back in June that made a couple of changes to some characters, which has, in turn, changed the way the game is being played. With that in mind, we want to explore what the current MK11 tier list would look like when we consider some of the changes it has gone through. As always, this list is a subjective one, and while I believe it is wholly accurate, I accept that there might be some disagreement, so let’s just get that out of the way.

Without further ado, this is what the Evo 2021 Mortal Kombat 11 tier list is.

Okay, so let’s unpack this for a bit. I doubt there would be any argument regarding Cetrion because even though she got a little nerf in the last update, it isn’t enough to put her anywhere else on the list except at the top. I reckon we could say the same about many of the other names on the list, and the controversial names would probably be Geras and Jade.

Geras is a character that, at first glance, seems like your archetypal grappler. But, once you understand the character better, you will come to realize that he is so much more than that. His ability to attack from range gives him a huge advantage over several other members of the cast, and his mix-up game is pretty scary once he gets going. This, along with his decent damage output and versatility, makes him one of the best characters in my book. As for Jade, her inclusion in the top tiers has a lot to do with her adaptability. Jade is a great counter pick for many of the other members of the roster, and with her options, which lets her attack from afar, up close, and mid-screen, she is an absolute beast.

This is probably a tier which most people will be okay with. That said, Shang Tsung is a controversial character, and you would find that some people think he belongs in the S-tier, while others will place him lower. But, while Shang’s damage output is poor and his reliance on keeping opponents at bay is not impenetrable, he does offer a whole lot. For instance, his ‘Lift’ move is very, very good, and we saw some of his rushdown potential at WUFL S1 when Arnkratos changed the minds of a lot of people to the character.

Erron Black is also something of a contentious character who many believe isn’t very good. But, with the help of ‘Scud Shot,’ Erron can counter zoners while simultaneously keeping opponents at bay. This, along with some great buttons, makes Erron Black one of the better options in the game.

These are essentially mid-tier characters. In the right hands, they can be devastating, but if not, they are pretty ordinary characters. I think the most contentious character here is Jax. Many people consider Jax to be somewhere in the upper tiers, given how devastating he could be when allowed to run riot. Also, he has several KBs, all of which are phenomenal. However, he is mid-tier on this list because of one thing: heat. Jax relies a lot on his hit to get things going, and when he can’t build it up, he is just normal. Therefore, if you were to zone him out and ensure he can’t get into your face and hit you, you’ll probably win the match. The other bone of contention is Sheeva. See, before the last update, Sheeva was easily an A-tier for me. She had great projectiles, some good grabs, and that insane stomp. But in the latest patch, the stomp was nerfed and, with it, one of Sheeva’s biggest weapons. Without the unpredictability of the Stomp, it became really easy to defend against, and folks just went to town on the Kween.

So….let’s talk Sindel. Sindel is not a bad character in the right hands. She has good normals, decent jumping attacks, and so on. But, the lack of a truly global star to showcase just how good Sindel potentially is puts her here for me. She has been used rather one-dimensionally, and this makes it difficult to see her as anything more than a C-tier character.

Shao Kahn got a couple of buffs, including his hammer shatter and a boost to his health. But, even with these, the character still isn’t viable at the very top. While the damage he deals is immense, his slowness, coupled with flawless block gaps for many of his moves, make him no very great. For that reason, he finds himself in D-Tier.

Poor Rambo...let’s not even talk about him.