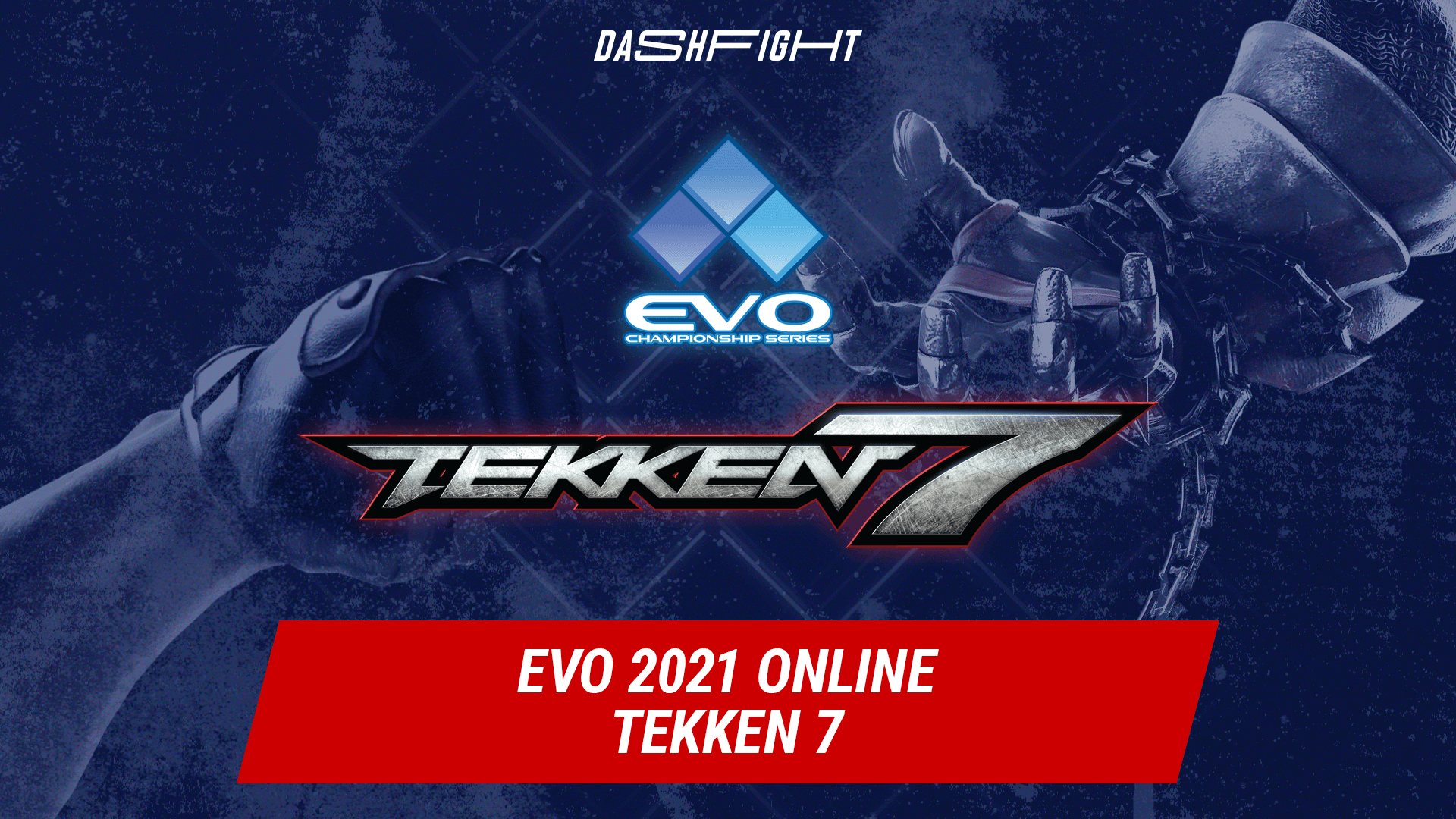 #EVO 2021 Online#News
Top players are making it into the final stages of the event. Keep track of all the regions with us!

Evo 2021 Online is finally here! We’re all used to it being the main attraction for any given year in the fighting game world, and although we only have the Online variant in 2021, the hype is still there. After all, the main regions are participating in it, and we get the ability to see the best of the best at their best.

Tekken 7 is the only game defending the pride of the 3D fighters at this year’s Evo main event. Some of the very best players signed up to participate in these games, as not many would pass up the chance to earn the sobriquet ‘Evo Champion’.

Despite the slight frustration of some participants with the scheduling – many had to wait a couple of hours before they could play – the pools for the first weekend went swimmingly and we already have our first Top 8s for two regions.

This article will be updated throughout Evo 2021 Online to keep you in the loop, so make sure to bookmark it and come back to check if your favorite player made it in Top 8!

You can look up all the schedules, brackets, and results at the Evo 2021 Online event page below:

Before the Top 48 matches started, Cuddle_Core made a prediction, and she was so close to being perfectly correct!

As for the ones I’m cheering for, Midwest Tekken and Joey! He’s an awesome teammate!”

In NA's winner's bracket, we have a matchup of two brothers – Shadow 20z vs Joonya 20z. We reached out to the latter and asked about his chances.

You reached the top 8 of Evo 2021 Online, and now you will have to face your brother. You've met at some tournaments this year, but Evo is a different beast. How confident are you that you can beat him?

I’m pretty confident that if I can remain calm and take the first game, I have a shot at winning. But at the same time, he’s the one person that knows me best, so I have to be extremely careful playing him.

What are your impressions of this online-format Evo?

Evo Online is okay, it brought some of the best NA had to offer, but there’s nothing quite like Evo offline. At offline, the best of the best from all over the world come to play. But playing online at home, we’re limited as we can’t play the other countries because the online is not as good.

Who do you think is the favorite to win it all?

The Top 8 is full of potential winners, but I think the players who have the highest chance are Shadow 20z, Cuddle_Core, and Anakin. When three players of that level are all playing, it’s hard to pick a definitive number one. 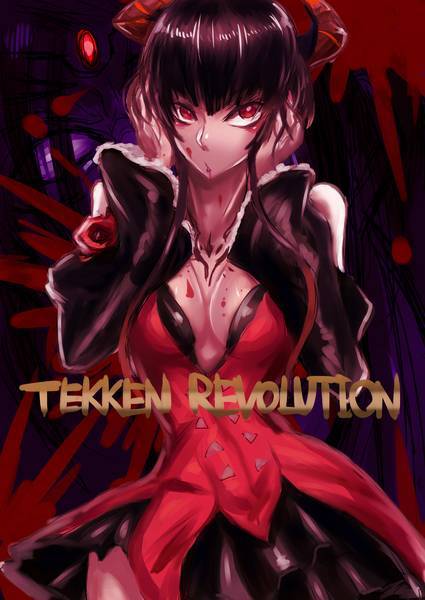 For the perspective outside of Top 8, we asked for Chenzho's opinion on the event.

Reaching Top 48 is absolutely a success in my book. I haven't been competing in Tekken much at all lately, and I genuinely didn't expect to make it out of the initial pools. I currently consider myself more of a content creator rather than a serious competitor in the Tekken scene. This was more than a pleasant surprise, and it feels like a worthy accomplishment to succeed like this while streaming the entire run to my Twitch audience.

Does this event feel like it's real Evo, or does it feel just like sitting at home like you do every day? Does it feel different from, say, just playing ranked mode in Tekken 7?

I've actually never been to a real-life tournament, so I don't have that sort of experience to compare it to. However, the online Evo run certainly felt more thrilling and suspenseful than just playing ranked mode online. The stakes were higher, and I wanted to do my best for myself and for my Twitch audience. The excitement was also enhanced because I had over 100 viewers cheering me on in my stream's chat during all of my matches. I am very fortunate to have such a supportive and faithful community.

What's your take on the general level of competition, looking at the final top 8? Who do you reckon will take it all home?

The current amount of Tekken talent in North America is astounding, especially in this online era. There are dozens and dozens of monstrously strong players who deserve to win, but only 8 of them will have the chance at the top in the finals. I am personally rooting for Cuddle_Core (who defeated me in our pool's grand finals), and I expect either her or Binchang to win the entire event. Regardless, any of these Top 8 competitors are strong and experienced enough to win the entire event under the right circumstances.

We reached out to the tournament favorite Book and asked him about his experience.

You reached the top 4 of Evo 2021 Online. Does this count as success for you?

I don’t count this as a success until I become a champion, and I can’t count Evo Online as Evo. I didn’t expect to do good, I just play like I do every day and try to have fun with it.

What are your general impressions of this online-format Evo?

I don’t like the online format because the connection is random. If I play against someone I know well or have as a friend on Steam, at least I can make sure that I can play with them with a fine connection. If the connection is bad, the only choice is to coin flip or just play. So sometimes I don’t even care to test the connection.

How do you like the current state of the meta? Who are the stronger and weaker characters?

I think Fahkumram, Akuma, and Julia are the strongest. Weakest... maybe Kuma and Lucky Chloe.

What's your opinion on the general level of competition?

The level of these guys is pretty high, but I can’t compare who better. I think I can win but I can’t guarantee it. 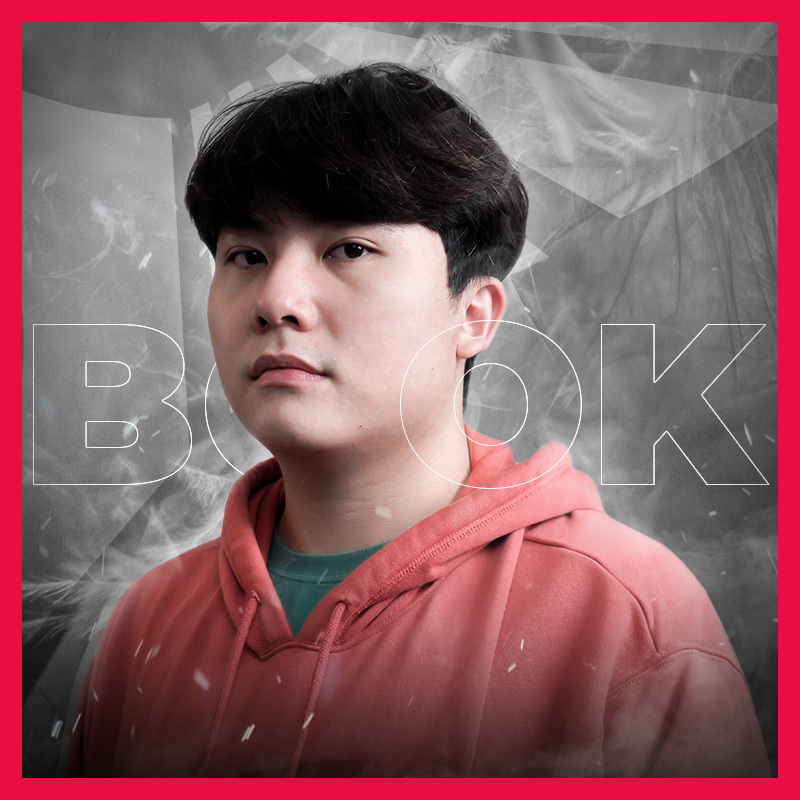 Make sure to follow DashFight on Twitter and Facebook to not miss a minute of Evo and fighting games in general! Let’s enjoy this occasion together!

Let’s look at some of the stats from the previous Evos. How do you feel the Online event will stack up?