Jamie_TTM: “What I do love about Honda is his style of a moving wall” 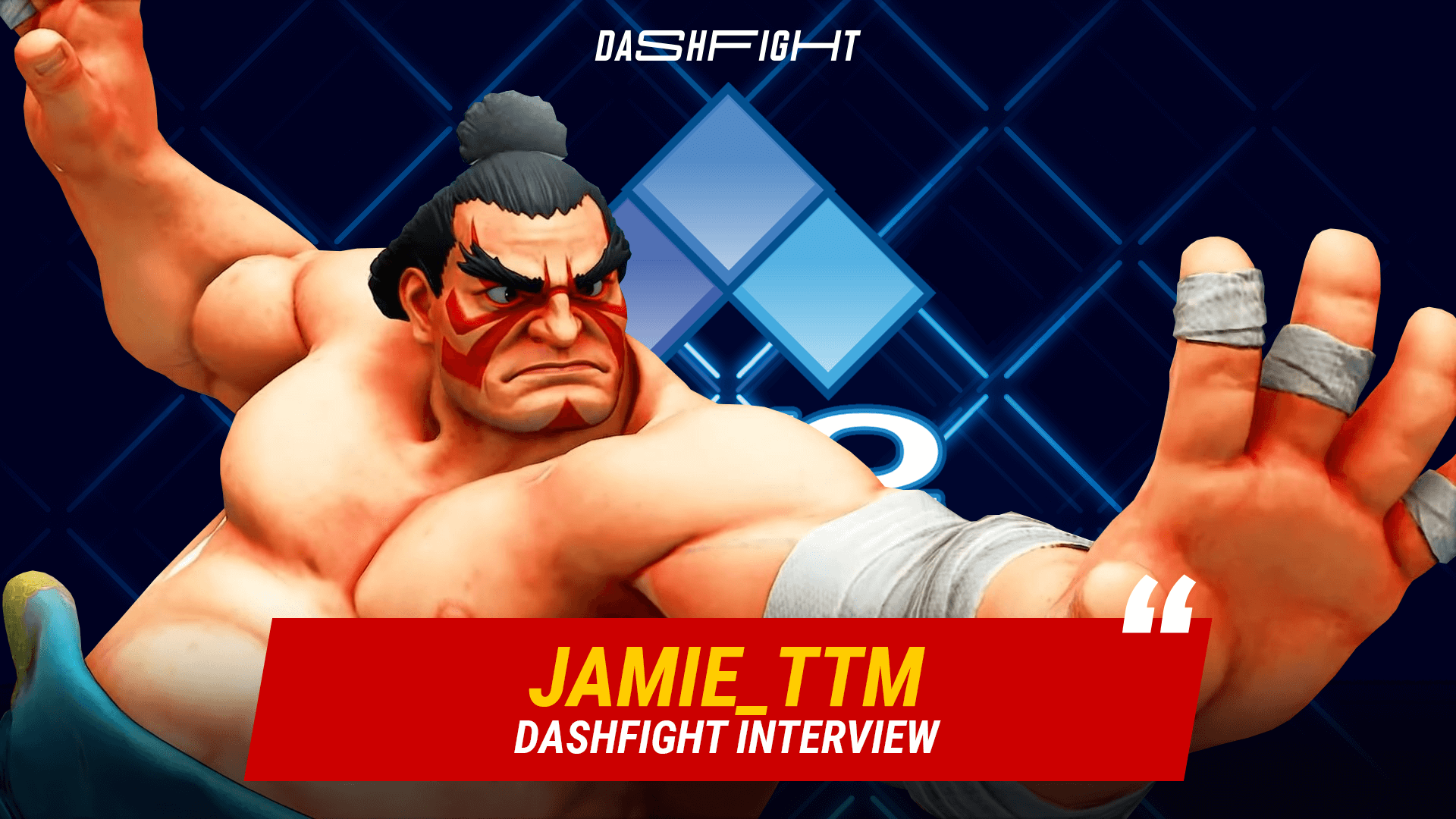 The winner of the SFV Evo tournament in Eastern Europe shares some thoughts on the event, matches, characters, other players, and fighting games

Street Fighter V Evo matches in Eastern Europe were especially close. Jamie_TTM was on the edge of leaving the tournament two times, and two times we witnessed absolutely breathtaking comebacks.

This region traditionally gets less attention from the wide fighting games community. Still, this Evo SFV tournament has proved the fights here are as spectacular as in NA or Japan. And it’s great to see fighting esports growing and developing all over the world.

We at DashFight are happy to have a chance to ask Jamie_TTM a few questions. And we are certainly excited to share the answers with you guys.

- I have no complaints about this EVO format. It was fun, quick and efficient, and allowed me to prepare for the important top 4 ahead of time.

- We rarely see Honda at top events. What do you like about him? Would you choose another character for an unfavorable matchup? Who?

- What I do love about Honda is his style of a moving wall. He requires a solid style due to his slower than normal buttons and a particular lack of good defensive options, and acute awareness at any stage of the game. But when he gets his space, he's able to slowly bring you down with an arrangement of normals and specials. While his defense is not particularly risk-averse, the solid encroaching kind of gameplay is what I like the most about him.

I always contemplated getting a sub character for Honda, because he has a fair amount of bad matchups, but no one really clicked with me as much as Honda did. After a while, I realized that all the time I spent on trying to find a sub, I could just spend on practicing Honda's bad matchups and trying to do what I can in those.

- Your matches were on the edge — how does it feel to make such comebacks? How do you keep concentrated and motivated?

- My matches were really close, especially against VolcanoRosso. I've worked on my mindset for a long time, being able to focus inwards instead of letting myself get affected emotionally and mentally by the immediate thing happening in front of me is what allows me to stay focused. However in the back of my mind what makes me happy is that I'm able to create hype situations for viewers to enjoy. I'm happy when they're happy.

- Is it difficult for a player from Eastern Europe to enter the world-level competition? Did this online-mostly era open new opportunities?

- It is quite difficult for a player from Eastern Europe to get into any big competition. Mainly because of travel costs, and there aren't that many eyes on Europe in the first place, so getting noticed as an up-and-coming player is more difficult than it would be in other regions. Being able to play in these big events online has certainly helped bring deserving players, from regions that nobody would think of often, to light.

- I feel, the clear communication between the player and developer is what pushes fighting games to the limelight the most. So as long as the developers can establish that, not just for this game, but for the future ones as well, I have faith that it'll only get better and better with time.

- I have watched other EVO tournaments, and one player that I enjoy the most for a long time is Problem X. The focus, composure, the solid gameplay, and the ability to adapt to the situation and change the approach on the fly are what I respect about his style.

- It's really hard to say what other game I would play competitively on a big stage other than Street Fighter. I'm the kind of person who can't just get into any old character for the sake of their strengths, they really have to click with me. But if I had to pick the closest candidate, then I'd choose Guilty Gear Strive. It's closer to Street Fighter in terms of pacing but with it's own speed and flair, and that's probably what got me into it.

We at DashFight will follow the further fighting esports career of Jamie_TTM with special attention — it would be interesting to see matches of this player at the upcoming offline Evo showcase event, the online qualifier Capcom Pro Tour Europe East/Russia, and regular online tournaments of the Saltmine League.

We have posted other interviews with SFV Evo champions: Hurricane, Kawano, and Kusanagi.

To not miss anything exciting from the world of fighting games, stay tuned to DashFight on Facebook and Twitter!

The Early Verdict on the Street Fighter 6 CBT is Out