Kawano: “It's better for the tournament resets to happen” 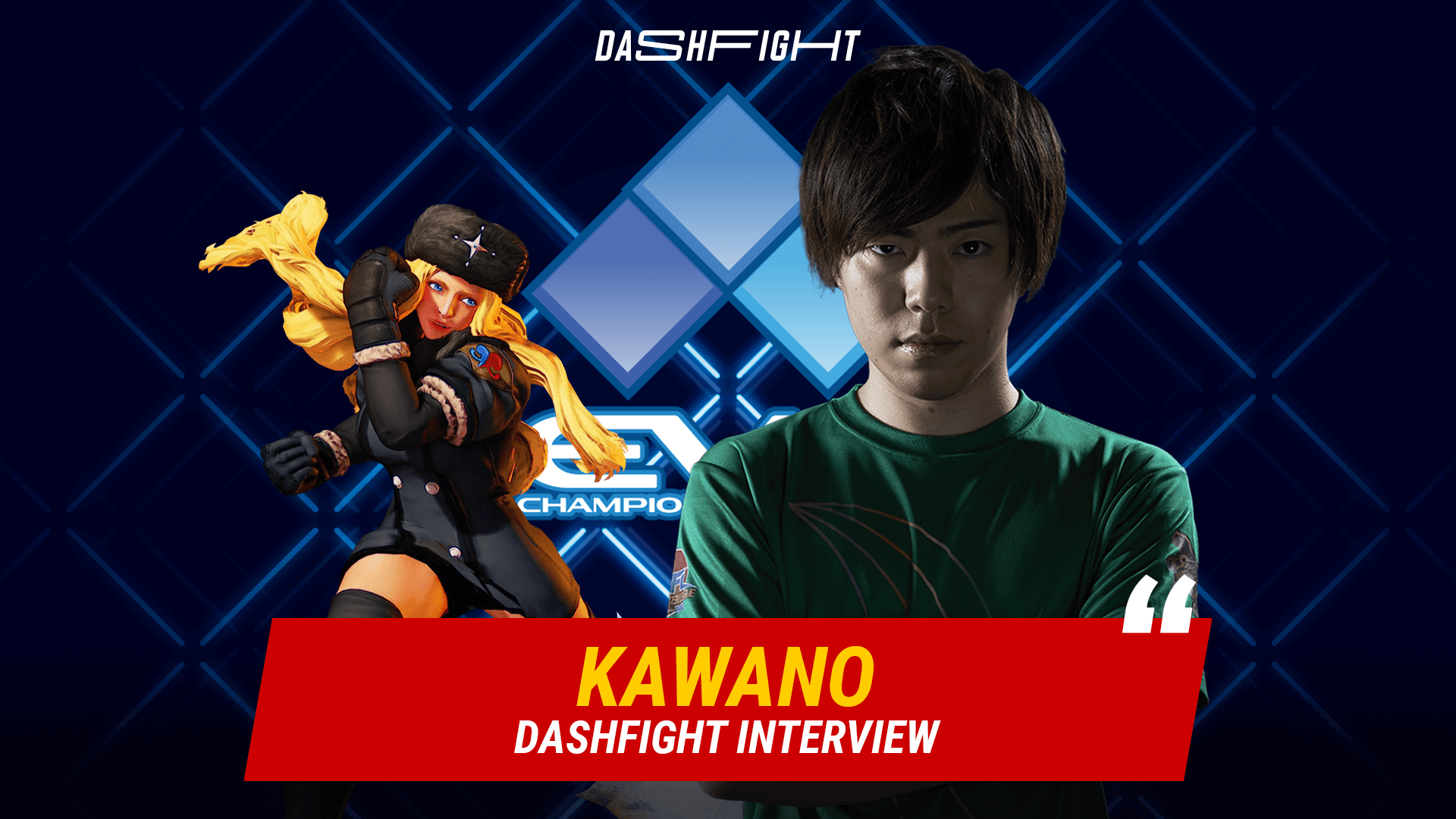 #Interview#EVO 2021 Online
Fighting games have a kind of special status in Japan, so winning such a big event as Evo in this region is quite an achievement

Kawano won two pretty big Street Fighter tournaments recently. He is the champion of Topanga Championship 3. And he is the winner of Evo 2021 Online Street Fighter V Asia East. What do you think, is this enough to get an unofficial status of the strongest SFV player in Japan?

DashFight has reached out to Kawano to ask a few questions about the Evo event and beyond. Here is our exclusive interview!

At the Street Fighter tournament of Evo 2021 Online in the Asia East region, Kawano defeated quite a few exceptional players. He had an almost perfect run before the Top 4 part and confidently defeated YHC-Mochi in the Winners Final.

The Grand Final wasn’t that easy. YHC-Mochi won the first match and stayed in the fight all five games of the GF Reset. Still, the last game proved the dominance of Kawano, and he became the Evo 2021 online SFV Champion.

- Moke, Fuudo, Nemo, Pugera — you defeated quite a few powerful opponents to make it to the Top 4. Was there someone who made you nervous?

Actually, no one took a set. The match with Alex in the second set was the most dangerous. It was a pretty close battle. I'm not good at [playing against] Alex.

- The matches against YHC-mochi were constant back-and-forth situations. Did he really have a chance to stop you? Is Dhalsim strong against Kolin?

- My playstyle is rather defensive, so it was difficult to attack Dhalsim. But I'm glad I was able to attack just to defeat him. Kolin vs Dhalsim matchup is like 4.5 vs 5.5.

- Entering the Grand Final Reset — does such pressure make any difference for your mood, emotional condition?

- I always thought it's better for the tournament resets to happen, it makes them more exciting. So I wasn't upset when it happened.

- What do you think about the position of Kolin in your personal tier list? Would you recommend this character for a beginner?

- She was nerfed but in a good way since it is easier to activate the trigger twice and turn the weaknesses into strengths by trial and error. A recommended character for beginners.

- The game is getting its last Season. Is there anything the developers could do to make Street Fighter V a better competitive experience?

- I think I want a totally broken character to come out. It would feel good to beat them.

- I've never played any other game.

It’s a great experience to watch matches of such exceptional players as Kawano. We at DashFight look forward to future tournaments with this guy, such as Evo Showcase, Street Fighter League JP, and Capcom Pro Tour Japan.

To dive even deeper into the atmosphere of Evo 2021 Online, check out our interview with other champions: Kusanagi (SFV), Super Akouma (Tekken 7), and Disarted (MK11).