Kusanagi: “I’m more of a masochist when it comes to main characters” 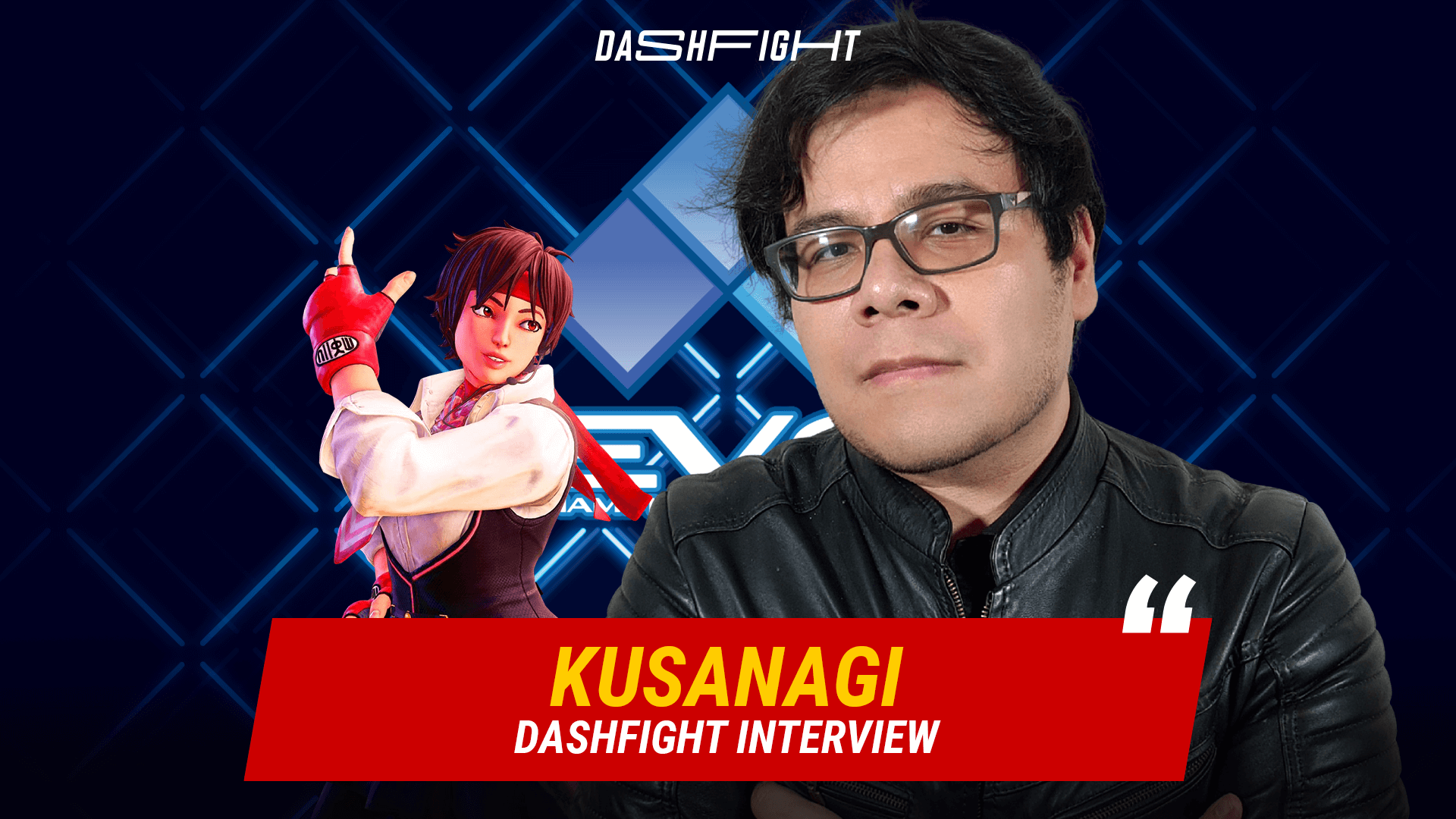 The two Evo weekends were absolutely amazing, don’t you think? So many top-level matches within five brilliant fighting games…

There is one thing that made Evo 2021 Online special — it gave a chance to players from different regions to prove their power. The whole thing is a bit similar to Capcom Pro Tour, but it’s much bigger than CPT. It’s Evo!

Have you enjoyed the Street Fighter V sections of Evo 2021 Online? Each region had exceptional matches. And to bring you some atmosphere of the event, DashFight is publishing a series of interviews with Evo champions. Here is our conversation with Kusanagi, the winner of the SFV tournament in Latin America Central.

In the Winners Final, Kusanagi had a match against MenaRD, the winner of Capcom Cup 2017. Kusanagi played Sakura and won 3:1 despite having some very close rounds.

The first Grand Final match was full back-and-forth situations with the set of five games. Mono managed to reset the fight, but in the second match, Kusanagi looked much stronger and won his Evo champion title. 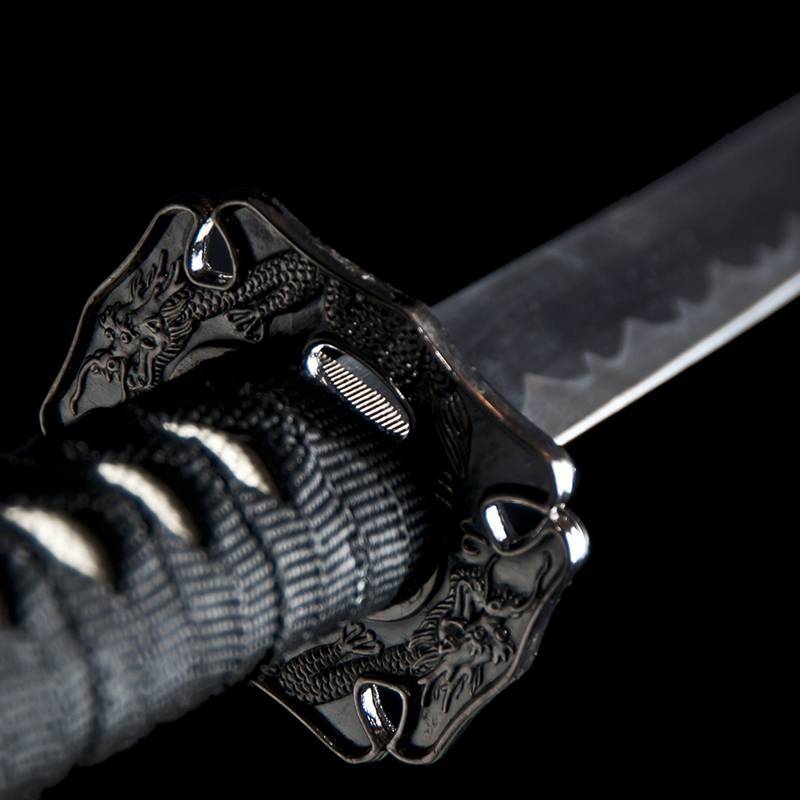 I think the format overall was good. With the current world situation, I guess it is adapt or drop out, and in that sense, I think everyone has been doing what they can with what they got. It was a smooth experience for me. Brackets were run on time, TOs were there for questions, and I think EVO staff did a great job running the tournament.

Something good they can take for future events even with no restrictions could be communication. Discord was really helpful, and I think taking that into offline events could make communication overall easier instead of trying to understand what people say over a megaphone at the top of their lungs, haha.

- Sakura is not an often winner (or even participant) of top events. What do you like about her? Do tier-lists (and her place in them) matter at such level?

I think Sakura has been getting small buffs every time we get a patch and new mechanics, because they tone down the bully characters and introduce mechanics like V-Shift that make defense a little easier for even the characters that are not top tier.

Overall, Sakura right now is a strong character. I don’t think she’s top tier at all, but she has a lot of good things going for her like movement and damage, which help her compensate for her kind of lacking neutral game. I think the game is very balanced right now, and we see that with how much character diversity we got for all of the EVO regions results.

- In the match against MenaRD and Mono, you had early life lead a few times. How important is it for your character and for you as a player to get this advantage?

In any game, life lead gives you the advantage to not take unnecessary risks and have more leeway to try things up without worrying too much about messing up, I think it’s important and gives you space to work with

- MenaRD chose to play R. Mika against Sakura. Did you expect that? Wouldn’t Birdie be a better choice for him?

I think he might have been trying to counter-pick Sakura. Certainly Mika is a difficult match for Sakura. This might have been the result of the sets we had back in the Intel World Open where he tried a lot of characters that didn’t work out in the end.

I think this is one of the setbacks of playing too many characters as “main”, because sometimes it makes you doubt yourself about your own decisions. I’m more of a masochist when it comes to main characters. I’ll try to make the character I like work, even if it means putting extra effort and working around their good parts while dealing with their weaknesses. Of course, there should be a balance between character loyalty and character strength, though.

The match against Mono was not an easy one. Was there a moment of doubts or nervousness for you? How do you keep calm in such tough fights?

It was a tough match for sure. I noticed after the 2nd match he changed his strategy and I started testing some stuff after the 4th match, which then I applied to the reset and luckily I won after making those corrections.

It’s hard and things don't always work out, but I try to stay calm and analyze what I’m doing wrong and look for solutions on the spot. Also, breathing techniques helped stay calm and focused. It’s all about mindfulness.

- F.A.N.G looked very strong against Sakura. Didn’t you think about changing the character for this matchup?

He’s a really annoying character if you let him get away with his gimmicks and give him too much space to set poison up, but not really, overall I think that matchup should be in Sakura’s favor and I’ve played it a lot, so I have experience with it. I was very comfortable playing Sakura against F.A.N.G.

I think improving the online experience would be the obvious choice, but at this point I don’t expect them to do that. I am really looking forward to SF6’s netcode though, which can make it or break it.

Aside from that, overall I think the game is nicely balanced and fun, with good mechanics, and more so now that they buffed V-Shift. This will change things up a little more, we’ll see how much, though.

I have. I’ve been watching Street Fighter at EVO in almost all of the EVOs I’ve attended. Especially Top 8s which are really entertaining.

I think Daigo, Tokido, and all of the seasoned SFs veterans have really impressed me by being consistent. Those people you *always* see in Top 8s are inspiring.

It will be super interesting to see Kusanagi matches at the upcoming offline Evo Showcase matches and the online Capcom Pro Tour Central America West 2 qualifier event. Stay tuned to DashFight on Facebook and Twitter to not miss fights of this gifted player!

Meanwhile, why not take a looл at the interview with other Evo 2021 champions: Book (Teken 7), Disarted (MK11), and Kawano (Street Fighter V).