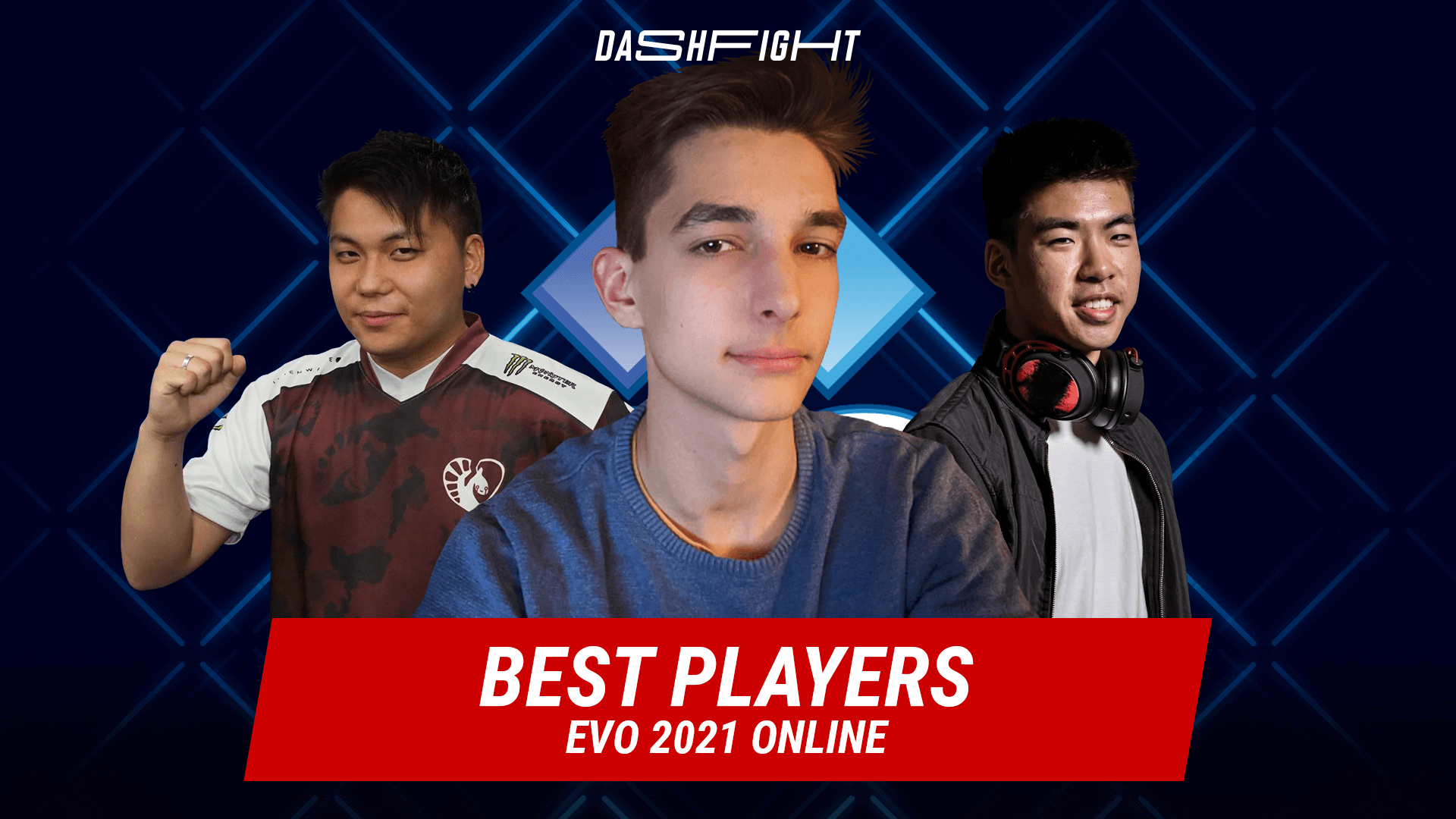 It’s actually an awfully difficult task to choose the best players at Evo. The very fact that someone reached the Top 8/4 part is powerful enough to proclaim them Top and Best — in their specific fighting esports title. But still, in that flow of breathtaking comebacks, fantastic reads, dominating matches, and endless combos, we couldn’t help but notice a few special players.

Of course, it’s only a subjective opinion of DashFight writers to highlight these pros. Please, feel free to share your thoughts on the best Evo 2021 Online players through our social pages or on DashFight Forum.

It was an incredible shame that we only got to watch top 8 for Mortal Kommbat 11 at this year's Evo Online as pools are generally a great way to check out new talent and see what people have been up to. This was not the case this time as by the time top 8 rolled around, you knew the names from most regions. This does not mean that this year's Evo was not without its standout performers.

The most intriguing thing for me was just how diverse the characters being used are. We're used to seeing the likes of Cetrion, Liu Kang, Jacqui and so on at the very top. But, this year was a feast of weird and quirky characters especially from LATAM where we saw an honest-to-God Shao Kahn vs Spawn match. We saw Spawn again in the Grand Finals of North America when NinjaKilla_212 defeated Jueks- and that insane 626 damage!

With all these amazing players, I personally have to go for Disarted. The Russian player was a total monster in his matches. Yes, Europe had the least number of entrants, but every single one of them is an amazing player. Disarted stood toe-to-toe with them and came out on top while using Shang Tsung for a chunk of the matches. In a bracket that had the likes of Arnkratos, Asodimazze, Murko, and K-TOP, Disarted's win stands out to me as the most impressive. You can, of course, check out our interview with Disarted here.

The Street Fighter community is pretty used to having online tournaments — mainly thanks to many regional qualifying events of Capcom Pro Tour. In fact, the whole action was very similar to CPT but with higher stakes. It’s Evo, after all!

Before discussing that one Best player, I would like to mention a few others who impressed me with something.

First of all, Jamie_TTM, who won the Europe East tournament playing E. Honda. It’s a rare thing to see this character at top-level events. And Jamie_TTM managed to make such brilliant comebacks in the Losers Final and Grand Final. It was totally great!

iDom demonstrated a very solid Street Fighter style. The way he kept the distance between his Poison and Punk’s Karin and survived the corner pressure is kind of taken from a textbook.

Musclenoob and Hikari are two new names on the top-level Street Fighter scene, and it is so awesome to have them in Top 4 of Europe West and Asia South-East respectively.

Musclenoob looked very good in the match against Problem X, having many very close rounds. 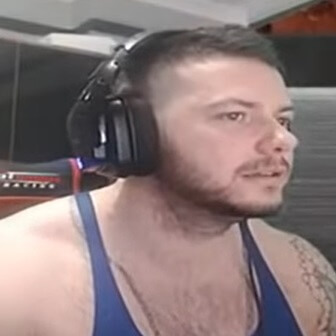 Hikari played against Brandon, and he made the opponent activate all his power to win this fight.

And... I have to stop here, otherwise I will just list all the Evo 2021 Online Street Fighter V participants. Kawano let YHC-Mochi reset the Grand Final but then almost destroyed him. Hurricane was so powerful that even such guys as Infexious and Problem X couldn’t do anything. RobTV has been gaining such might that we will soon forget calling him a commentator. Didimokof and Dark created arguably the most hype moment of the whole SFV Evo — Double KO in the Final Round!

In the NA West Finals, Nephew started from the Losers Brackets. He defeated ChrisCCH in a very, very close fight when the opponent won two games in a row and had a match point in the third one.

In the Losers Final, Nephew met Jot who sent him to the Losers before. This time, it was a confident victory of the future Evo Champion.

The Grand Final matches against Samurai reflected the same pattern — a very close first match and surprisingly powerful advantages in the GF Reset. And it’s worth mentioning how Nephew managed to win the last game. He took Rose, confused Samurai with this choice, and then returned to Kolin for the Reset. That looked like a brilliant mind game!

So, thank you, Nephew, for treating us to this fighting esports show!

Evo 2021 Online is over. As the name suggests, it was an online event, so it lacked the gameplay quality and crispiness of execution as the best offline tournaments offer. But with this being a regional event, one of the advantages we had was witnessing a plethora of various styles. Never before have we seen separation this clear on what each continent thinks is the optimal way to play. And the differences aren’t only surface-level like character picks. Even the very same picks can be played differently – more frequent usage of LLRK on Jin instead of EWGF, or a more aggressive application of Political Storm or Red Tape as Lidia.

The perfect example of the latter is the Japanese player Genki "Gen" Kumisaka. Both he and the winner of the Asia South region Book used Lidia to great success. However, their playstyles couldn’t have been more different. Book chose a careful, methodical approach – by his own admission, Lidia has great tools to punish people, so he baited and outsmarted his opponents, making them regret any whiff or even using moves with unfavorable frames.

Gen, however, approached her differently. If you think about it, having the good tools to punish people means that she has favorable frames on many of her moves. So what not use them to exert pressure? This is exactly what the Japanese player did. Political Storm turned out to be a great offensive tool to check the opponents’ readiness and knowledge of the character they face, and Heaven And Earth tested their reflexes. But all this doesn’t mean that he was mindlessly mashing, far from it. People usually underestimate aggression and think that it compromises defensive capabilities. It doesn’t when you’re smart about it. Gen evidently was, as he hardly ever whiffed or got punished for his recklessness. Opponents like JDCR and Chikurin had to almost pry him open to do their strings.

Winning in a region as stacked as Asia East is an accomplishment in and of itself, but Gen’s ability to win completely on his terms makes him a standout player for Tekken 7 at Evo 2021 Online.

Evo 2021 Online was definitely an amazing celebration of fighting games — probably, on the best level possible with current circumstances. And it’s a boost for the further development of this genre. We have quite a few other tournaments planned for this year. Stay in the whirl of the fighting games events with DashFight! Follow us on Facebook and Twitter.