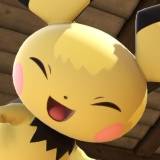 ProtoBanham is a Super Smash Bros. Ultimate player who mains Lucina with a formidable Inkling as his secondary.

Hailing from Japan, he represents Vrilliant Owl X and is considered the best ssbu Lucina / Inkling players in the world. ProtoSmash is known to be an extremely aggressive player and a strong opponent in Super Smash Bros. Wii U with Cloud as his main.