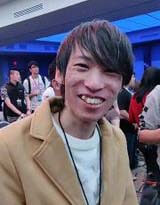 Lea (れあ) is a competitive Super Smash Bros. Wii U and Ultimate player from Saitama, Japan. He is a rewoned greninja smash pro and is sometimes held up as a template of how to play greninja. He even participated in 2GGC: Greninja Saga in California.

Ranked 15th on the Japan Power Ranking and 21st in the PGRU Fall 2019, he has occasionally partnered with other Japanese players including Tea, Gackt, and Kuro to play ssbu doubles.