Lucina is a tritagonist of the first Nintendo 3DS Fire Emblem game, Awakening. Initially appearing as more mysterious than others, she is, nevertheless, the crucial part of the game’s story and is integral to the heroes’ success.Know more 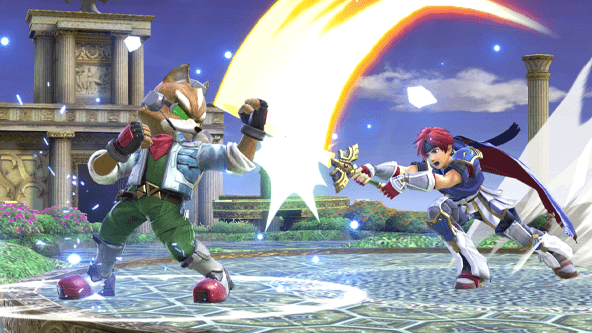 Lucina was born in Ylisstol, the capital of the Halidom of Ylisse. She is the daughter of Chrom, the protagonist of Fire Emblem Awakening. The identity of her mother hasn’t been canonically set and depends on the player choice in-game. It can be either Maribelle, Olivia, Sully, Sumia, the main character Robin, or a nameless villager. Irrespective of her parent’s identity, she still has to play a pivotal role in the story.

In the future, where Lucina is from, the main antagonist Grima, the Fell Dragon, has killed her father Chrom, and she inherited his sword, Falchion. Her mother also passed away on the battlefield, and the situation has become dire. Grima was not only threatening the Halidom of Ylisse, the continent, or humanity, he was about to bring the world, the whole creation would cease to exist. Lucina, who possessed four Fire Emblem’s Gemstones out of five, tried to summon Naga, a Divine Dragon she shared a connection with through her birthright. Naga informed her, that there was no way of stopping the Fell Dragon with an incomplete Fire Emblem, but there was another way: Lucina would have to go to the past and try to reverse the catastrophic events before they had happened.

Witnessing the destruction of Ylisstol at the hands of Grima, Lucina and all the other children of the original characters realize that they have no other choice but to go back in time. However, in doing so, due to the complications of the methods and the presence of Grima, they got separated, and only Lucina managed to reach the time-place she intended.

She disguised herself upon the arrival, and also took up the name Marth, her ancient predecessor, who was touted as the Hero King. From this point onward, she tried to influence the upcoming events to try to avoid the calamity that has befallen her own timeline.

Fire Emblem Awakening was a massive massive success, being the first game in the series released on Nintendo 3DS. And ever since the game came out, Lucina has been among the most popular characters in the franchise.

Her first appearance in Super Smash Bros. was in the title for Nintendo 3DS and Wii U, where she was a clone character of Marth. In Ultimate, she’s referred to as his Echo Fighter, still a clone, but with her unique individual traits. She is considered by many to be one of the best characters in the game.