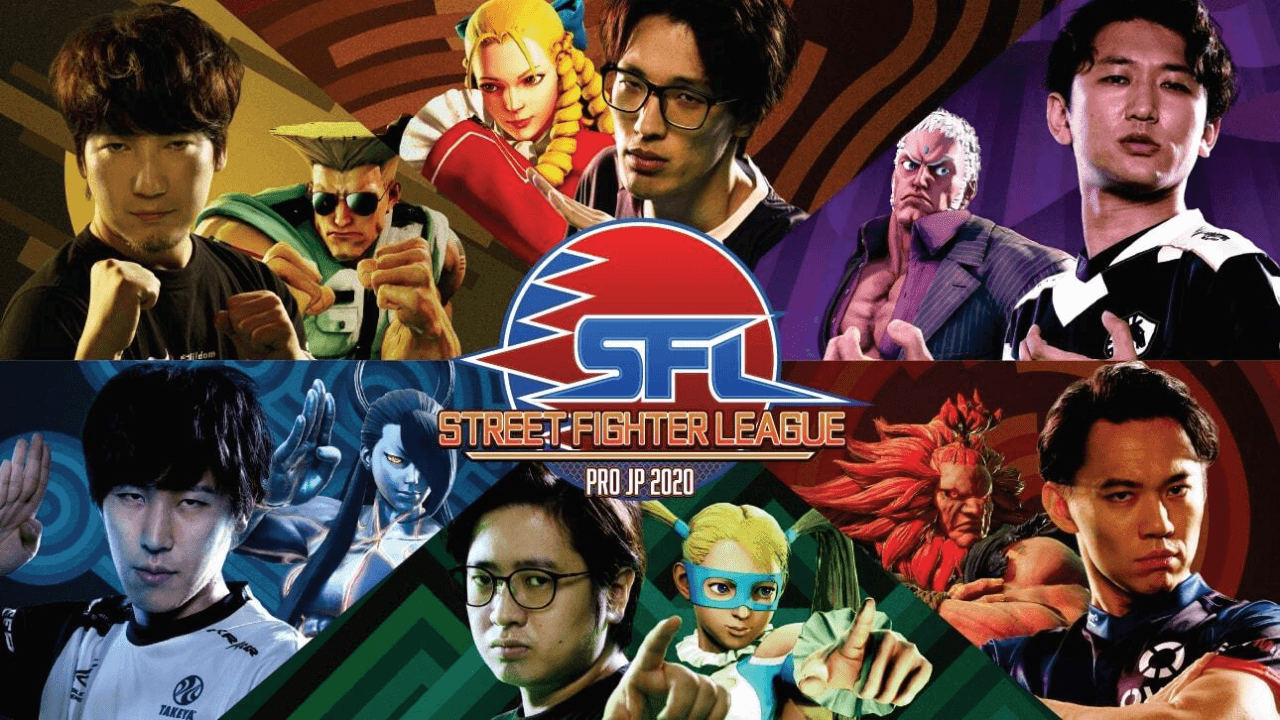 Usually, Street Fighter 5 tournaments consist of one-on-one battles, and rarely we see teams battling each other. Street Fighter League is a special fighting esports event! Players here are divided into teams - four in each. They choose their character lineups, ban characters for the opponents, and then play three matches - only three team members play in one game.

Street Fighter League Pro JP 2020 is also interesting by the strength of participants - for example, we can enjoy the unique playstyle of Daigo. The tournament started on September 25. The second round was on October 2. EventHubs informs on the schedule and participants:

The first round of the series finished with victories of Tokido Flame (2:1 against Umehara Gold), Nemo Aurora (3:0 against Momochi Splash), and Fuudo Gaia (2:1) against Mago Scarlet).

Results of the second round are victories of Tokido Flame (3:0 against Mago Scarlet), Fuudo Gaia (3:0 against Momochi Splash), and Nemo Aurora (2:1) against Umehara Gold).

Two teams are currently leaders of the tournament - Fuudo Gaia and Tokido Flame have two victories and no losses.

This SF5 esports event has quite a few amazing moments. For example:

We also recommend taking a look at this mind-blowing match.

Street Fighter League starts in the USA on October 8:

Watching such events is both great entertainment and a chance to learn interesting tricks from professionals - and then use them in various SFV game modes.

The community of Street Fighter V players has a few more qualifiers of the Capcom Pro Tour series this year. And of course, we are waiting for the addition of Dan Hibiki into the game - it can change even the professional scene.

For getting SF5 news and helpful articles into your social feed, stay tuned to DashFight on Facebook and Twitter. Join our community on Discord!