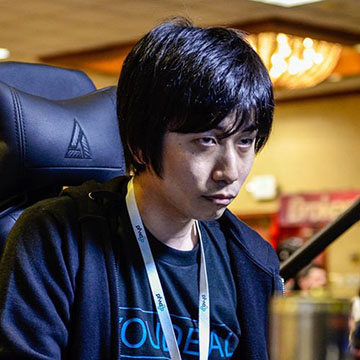 Japanese Street Fighter player Tatsuya "Haitani" Haitani is one of the "Five Gods" of fighting games, recognized for his high-level Makoto in Street Fighter III: Third Strike and Street Fighter IV. Early during his Street Fighter V career, Haitani was a Necalli main, but by 2018 he switched to the raging demon Akuma.

Haitani is known to control space while gathering resources early in a match. Once acquired, he overwhelms his opponents by switching to an aggressive style. His Street Fighter V accolades include a first-place finish at Japan Cup 2017, 5th place at The MixUp 2019, 4th at Combo Breaker 2019, and 13th at Canada Cup 2019.

Haitani has played for a couple of organizations but is currently signed to Yusuke "Momochi" Momochi's Shinobism Gaming.

You can find Tatsuya Haitani on twitter and twitch.