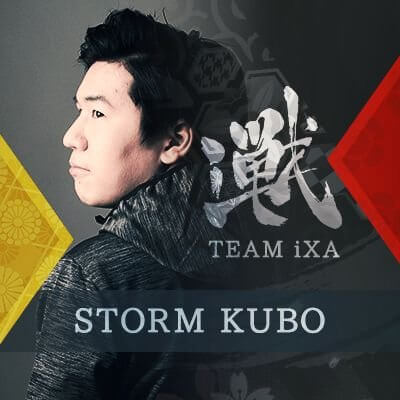 Kubo Arashi "stormKUBO" is a competitive Street Fighter V player from Japan. He was a member of Atlas Bear until it disbanded after EVO Japan 2019 and now represents Team iXA.

Using Abigail as his main and Hugo as secondary, he has competed in tournaments such as CPT Online 2020 East Asia, EVO Japan 2020, Red Bull Kumite 2019 (he won the last chance qualifiers in 2019), and SoCal Regionals with an assorted total winning worth $5659.

At Taipei Major 2019, stormKUBO placed 65th in the sfv event after losing to FUJII in the winner's quarterfinals and Mizuha in the losers quarterfinals. He also ranked 65th at Capcom Pro Tour Online 2020 East Asia 1.

Follow storm kubo on Twitch or his translated interview on GameStart Asia's channel.