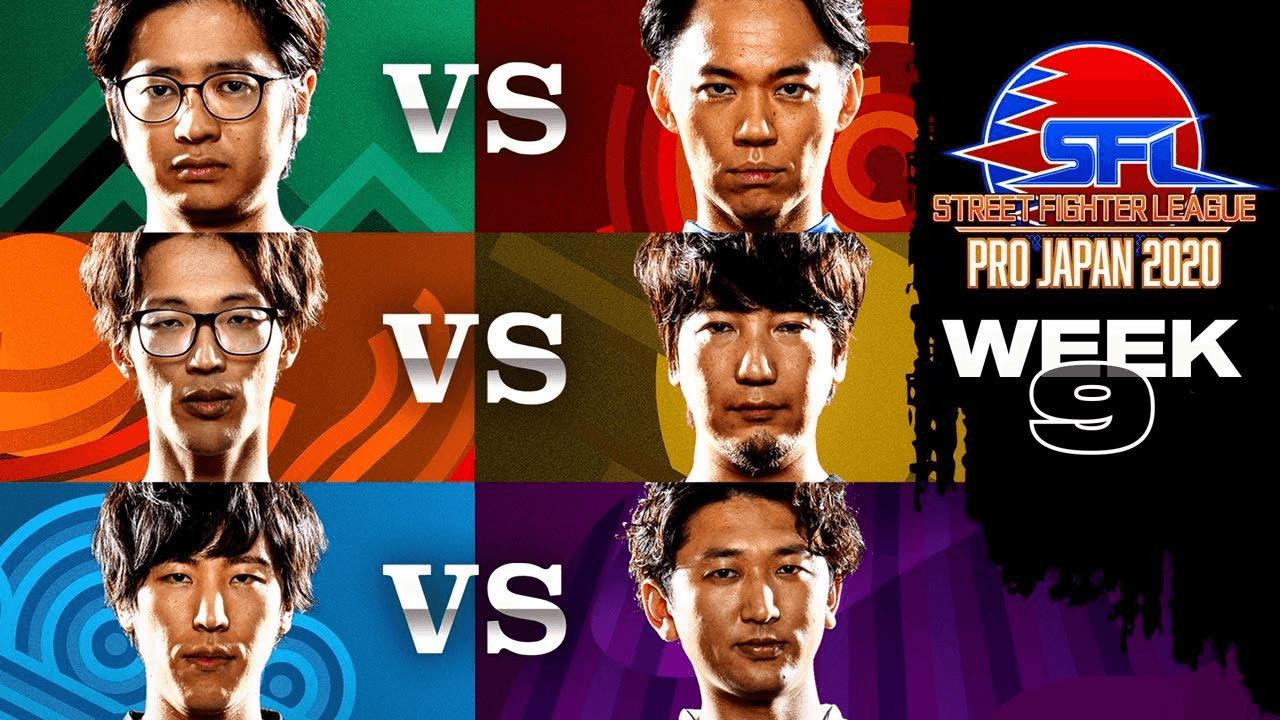 Pic Source: Capcom Fighters YouTube
One more week to go and two teams to fight for second place in this tournament

On Week 9 of Street Fighter League Pro-JP, the team of Tokido played against Fuudo Gaia. It is hard to say for whom this match was more important. For Tokido Flame that was a chance to secure the leadership in the tournament (and they did so). For Fuudo Gaia, that was a chance to still reach the 2nd or 3rd position in the standings and proceed to the Grand Final (and they lost it).

Oh, I’m so glad. Things looked pretty rough for StormKubo, so in light of that, I wanted to be sure to put us back on a good course before things got any worse. The team had managed to stay in pretty good shape so far this season, but it was starting to look like things were taking a bad turn. I wanted us to all turn that around and find some way to shake us off that bad course. So it’s nice we were able to make that happen.
Hajime "Tokido" Taniguchi

The second match of Street Fighter League Pro-JP was between one of the leading teams, Umehara Gold, and one of the outsiders, Mago Scarlet. The result is quite unexpected - and it proves the generally high level of players at this tournament. Even if a team doesn’t have chances to proceed further, it still demonstrates the best Street Fighter possible.

I’ve admired Umehara-san since I was a kid, so to get to face him as an adult in a setting like this… I was very grateful to mom and dad as I played that set. I feel like I played well.
Joe "MOV" Egami

Two other teams at this section also were one of the favorites and one of the outsiders. Nemo Aurora was third before this match. Momochi Splash was in the last place. The situation changed for both teams - and again, an outsider wins.

We had our sights set on going 4:0, but each of us put skillful play on display, and we’ve managed to secure a good win as we head into Section 10. I’m happy about that.
Yusuke "Momochi" Momochi

So, only one section of this tournament is left before we will be able to enjoy the Grand Finals. What do you think - which two teams will face the best Street Fighter players from the USA?

Meanwhile, the community already knows almost all the participants of Capcom Cup 2020. Samurai won the last Capcom Pro Tour of this year - North America West 2. And one more player will be chosen by the viewers.