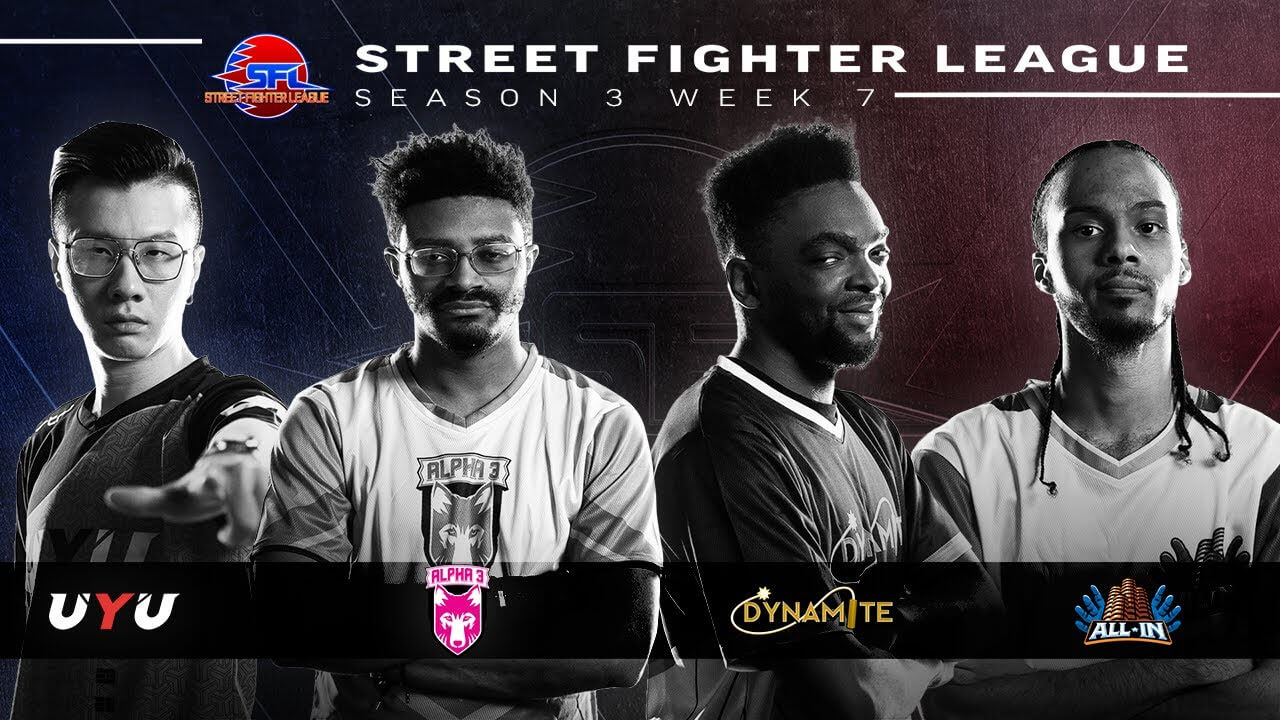 Pic Source: Capcom Fighters YouTube Channel
#News
Leaders of the general standings have strengthened their positions, but we still have 9 weeks of fights ahead

Street Fighter League Pro-US approaches the finish of the first half, and we have some obvious leaders and (alas) some outsiders. Two matches of Week 7 only increased the gap between them.

This time, we could enjoy these matches:

This match gave a ray of hope to the UYU team when Oil King defeated 801 Strider. But then it was covered by powerful clouds, so in the end, UYU still has no victories in this Street Fighter tournament.

For the All-In guys. This victory is a glorious continuation of their flawless run in SF5 League - 5 matches and 5 wins. Let’s see how they deal with this specific (and very dangerous) type of pressure.

This is the second time in a row when Victor "Punk" Woodley single-handedly destroyed the entire team of their opponents. During Street Fighter League Pro-US Week 6, he did this with NASR - and also after two games lost by Alpha 3. Such a role of team carry helps Punk and his guys significantly improve their position in the standings. Dynamite will have a tough fight for remaining in the game - only three top teams proceed further.

The next section of Street Fighter League Pro-US will be especially interesting - we will be able to witness two leading teams fight each other, All-In vs Alpha 3.

If you want to participate in fighting esports tournaments, consider proving your skills at such events as Weds Night Fights: Online and Next Level Battle Circuit Online Edition.

For beginners in this game who strive for perfection, we recommend taking a look at our guide on How to Play Street Fighter 5.