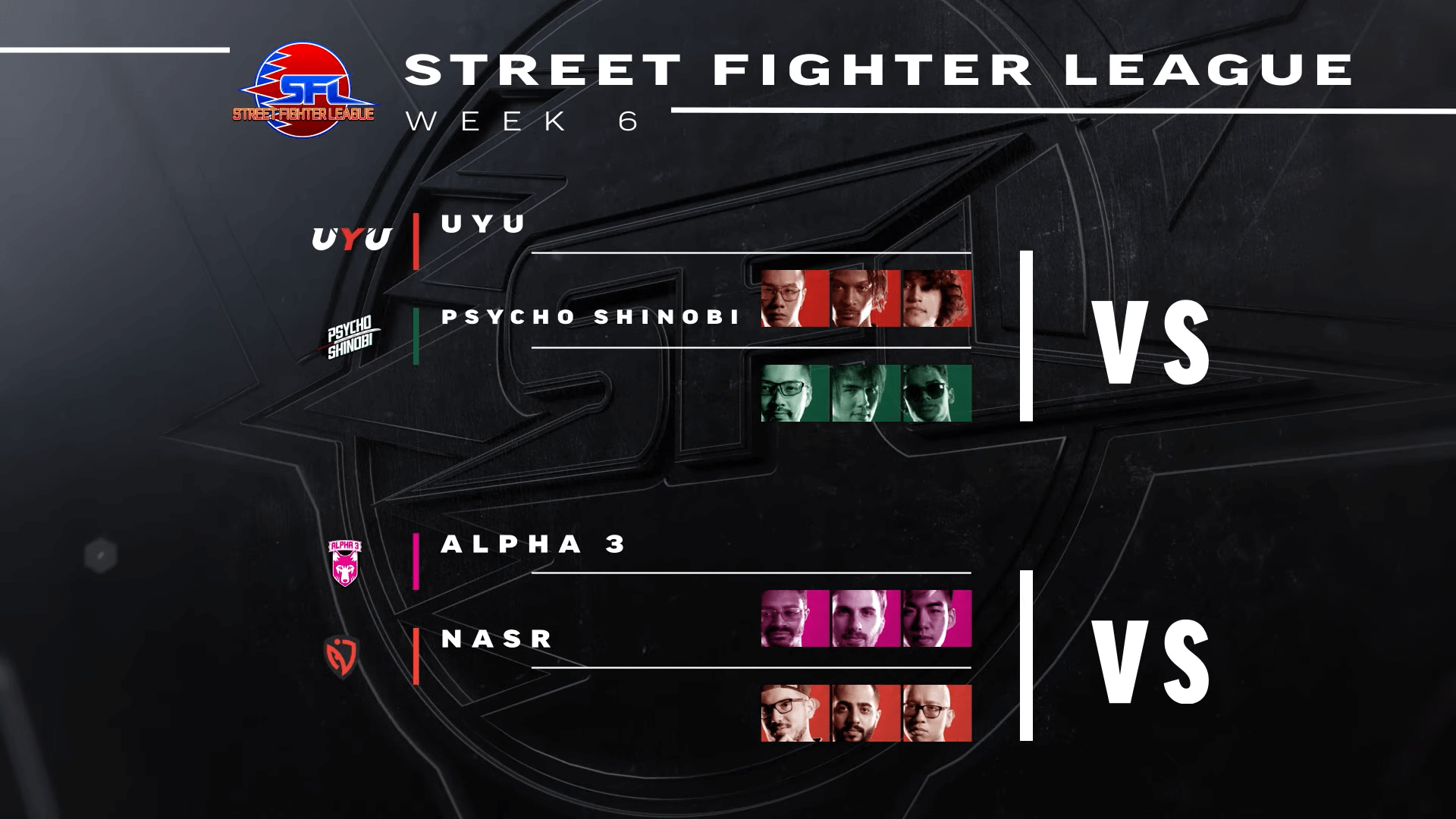 Street Fighter V is arguably a perfect esports title - for pro players to demonstrate breathtaking skills and for viewers to get amazed by the show. Do you still have any doubts about this? Then let us introduce you to the top-level matches of Street Fighter League Pro-US. They are pretty tense and make the general standings situation as interesting as any super popular championship.

On November 12, some talented players from the USA had their fights.

This loss is rather hard for the UYU guys - they still have no victories in Season 3 of Street Fighter. For Psycho Shinobi, the victory here was almost crucial - they remain in the fight for the top 3 positions in the standing (after the loss to All-In on Week 4).

Victor “Punk” Woodley managed to defeat all three opponents when his team was one step away from losing this match. Thanks to this power, Alpha 3 is in 2nd place in the standings.

Of course, it’s much better to enjoy Street Fighter esports on video. The stream also contains interviews with the players.

If you are looking for a chance to prove yourself in fights against pro-players, take a look at the series of online events Next Level Battle Circuit. iDom regularly demonstrates his skills there - he is also a leader of the team All-In.

One of the recent smaller Street Fighter esports tournaments is Rage Drive. It’s quite interesting to witness such fights to get a boost of confidence for your esports career.

What about adding some fun into the competitive spirit? Check out this list of characters we would like to recruit in Watch Dogs: Legion.