9 Fighters We Would Like to Recruit in Watch Dogs: Legion 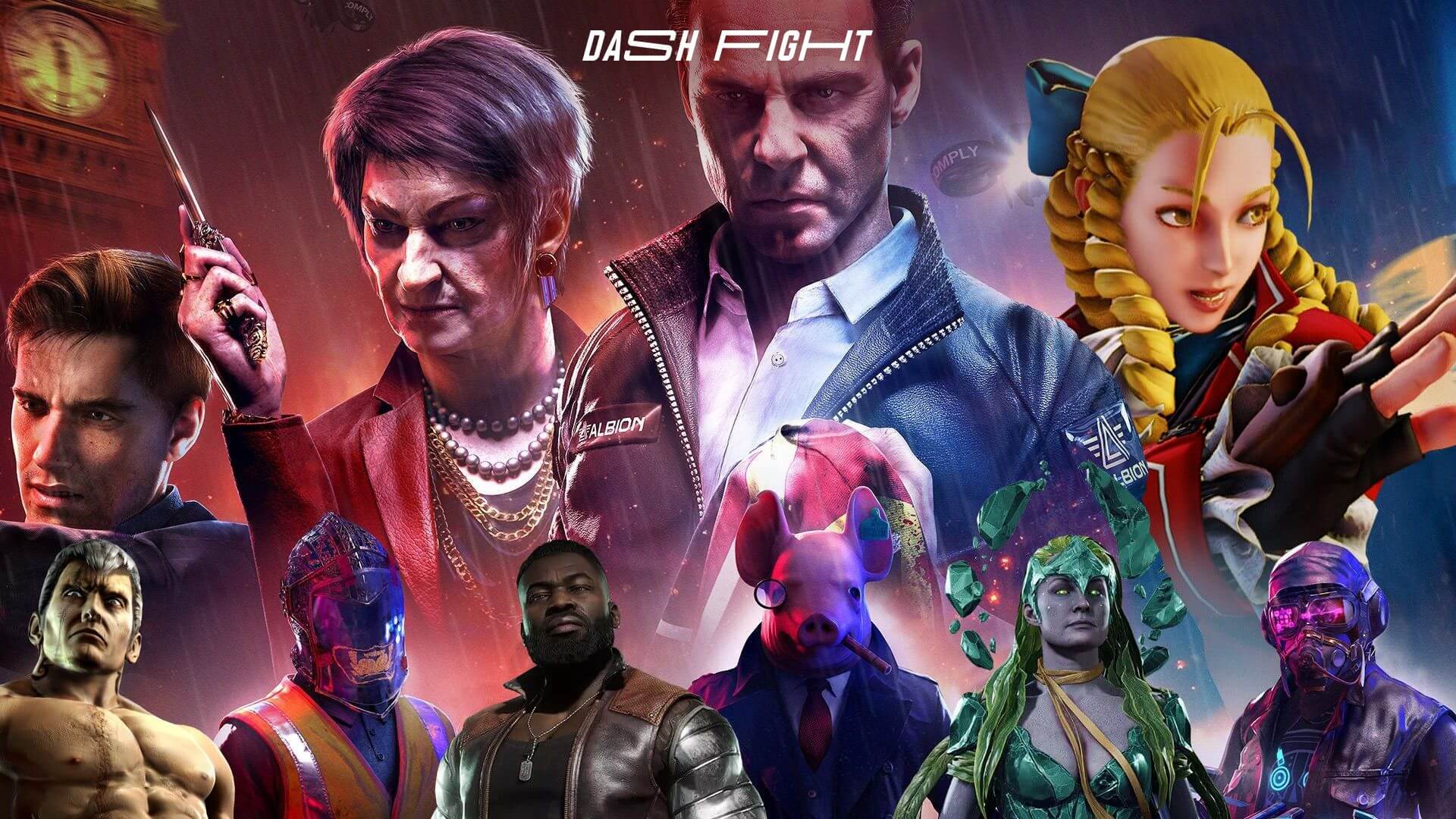 This game is one of the biggest releases of this fall. Alas, it’s not of the fighting genre (yes, such games still exist). Of course, you can fight a lot in Watch Dogs: Legions - just with a bit different ruleset. But what if players could do this using mighty characters from the fighting games: Mortal Kombat 11, Street Fighter 5, and Tekken7? This opens an awesome space for imagination!

This game continues the traditions of the Watch Dogs series. Players control hackers who deal with dangerous criminal organizations. The gameplay includes exploration of the open world, driving, shooting, stealth missions, and a lot of fun.

Watch Dogs: Legion invites us to a virtual copy of London - somewhere in the future. Hackers want to destroy the power of an evil military company and free the city from its control.

One of the most unique features of this game is the possibility to recruit literally anyone you meet on the streets. And this is a basis for creating our fighting dream team! Imagine meeting someone from SF5 or MK11! But who exactly would we like to recruit?

Here are 9 characters we think will be an awesome choice for this role. We tried to be realistic here, so not, we will not add Bowser from Smash Ultimate - the King of Koopas doesn’t seem to fit even into futuristic London.

This cute but a bit snobbish girl is quite wealthy and obviously has access to many noble aristocratic houses. Imagine that mayhem she can bring to them!

As Karin, players could visit all her rich and famous friends all over London - to have some fun at parties, sneak for secrets in their bedrooms, and probably take out from the scene top managers of that evil military organization (Karin knows a move or two to do so). You can look at matches of Punk to understand how good Karin is in fights.

She would be such an awesome character for Watch Dog: Legions. You don’t need any stealth action at all - just go openly into the crowd of bad guys - they will not be suspicious at all but rather lose their carefulness. And then Alisa brings out her chain saws, throws her head to explode enemies, and uses her mighty kicks on those remaining few.

Having a girl-robot in your crew is such a good idea - even if it's not Cyberpunk 2077.

Some missions may become super easy if you take an overpowered character with supernatural abilities, so it feels better to make a reliable strong guy your primary game hero and use his fists in virtual fights. Johnny Cage will definitely find a use for his skills.

It’s easy to imagine how this guy enters a London pub taking little attention, sits in a corner sipping beer, and then distinguishes evil opponents among the visitors to crash them and their tricky gizmos on the tables and all over the walls. That would be a pretty popular mission among gamers.

London is a good place for chasing success in different areas. And it’s something Urien needs for sure. He needs to leave his ambition to beat the god-like brother Gill and find his own place in life. After a short period of time, Urien can become the CEO of some super corporation - and those who disagree will be easily electrocuted.

Let’s meet Urien in Watch Dogs: Legion when the guy has reached the top of his game. We could use his corporation to destroy that evil competitor and build our own organization to take all those Londoners under control… hm, I mean, to free them, yes-yes, make them free…

But first of all, it would be great to use his mystic mirrors as protection from bullets and shields from opponents. And there will be so much use for Urinen’s electric projectiles - no drone could hide.

Who needs to be good in missions against evil militaries? What about taking this killing machine to Watch Dogs: Legion?

Bryan Fury is not really suitable for stealth. But grabbing a huge rail and throwing it at planes or drones - this task he can do. Or rushing fearlessly into shootouts and smashing everyone on his way - this is also a mission for Bryan.

And also, this guy would be a great choice for entering the dark societies of London to find allies, get some illegal weapons, and start a mass war against those enemies. But who is evil in this scenario?

Do you need anything else when you have robotic fists? Jax Briggs has a nice background of serving in special forces and he is a very good technician. This sounds like a good CV to apply for a job at that military company we are going to fight against. It would be so clever to make Jax Briggs their agent (let him do a couple of evil missions to gain authority) and then destroy the organization from inside.

Jax Briggs could bring other hackers into the organization. And if some problems arise, this fighter would destroy everyone who causes them.

Anyway, having a guy with such arms in your crew is a powerful step to success.

He was a prisoner and then got the position of mayor. What a perfect combination for a city-savor? Cody would know all the processes in the city administration to sabotage them effectively. And he could make friends with mafia guys to demolish the controlling centers in London. And girls… they would support the hacker much after seeing this handsome boy among the rebellions.

Despite his respectful appearance, Cody is quite ready to use various dirty tricks. His knife is always at hand. And this pipe can deal significant damage. This guy wouldn't look suspicious on the streets of London but very effective in the game missions.

Pinky pop wouldn't be excessive in Watch Dogs: Legion - Lucky Chloe could attract lots of teenagers to the hackers’ side. And of course, she could throw parties here and there, and we could invite the whole crew to chat, have a drink, and… Oh, we have to do some missions. Ok then...

Lucky Chloe is not the strongest in the fighting rosters but she is very quick in her movements. This speed would bring lots of excellent possibilities to the game - for example, in stealth operations, when you need to sneak behind objects and quickly disappear from eyes and cameras.

And of course, Lucky Chloe is so energetic. It would be nice to have her in the game crew - to add the spirit of fun into Watch Dogs: Legion.

Can we go a bit nuts, please? This girl has magical powers and some weird stones are floating around her hand. But why not? You can meet even weirder people in London.

Cetrion can control the power of nature, summoning stones, fire, and water, creating ice, and using plants. Oh, that opens so many possibilities (especially with stones - game London would be partially destroyed but the show might be worthy). No military company could stand such a goddess.

Guys, what do you think about such a list of Street Fighter, Mortal Kombat, and Tekken characters in Watch Dogs: Legion? Would you take them to your game? Would you add someone else from fighting games? Please, let us know on Facebook, Twitter, or Discord.

And for the record - this article is a piece of fiction, which doesn’t represent realities of the Watch Dogs: Legion game (created and owned by Ubisoft) or mentioned fighting games and characters. Hope you had fun checking out our joke.