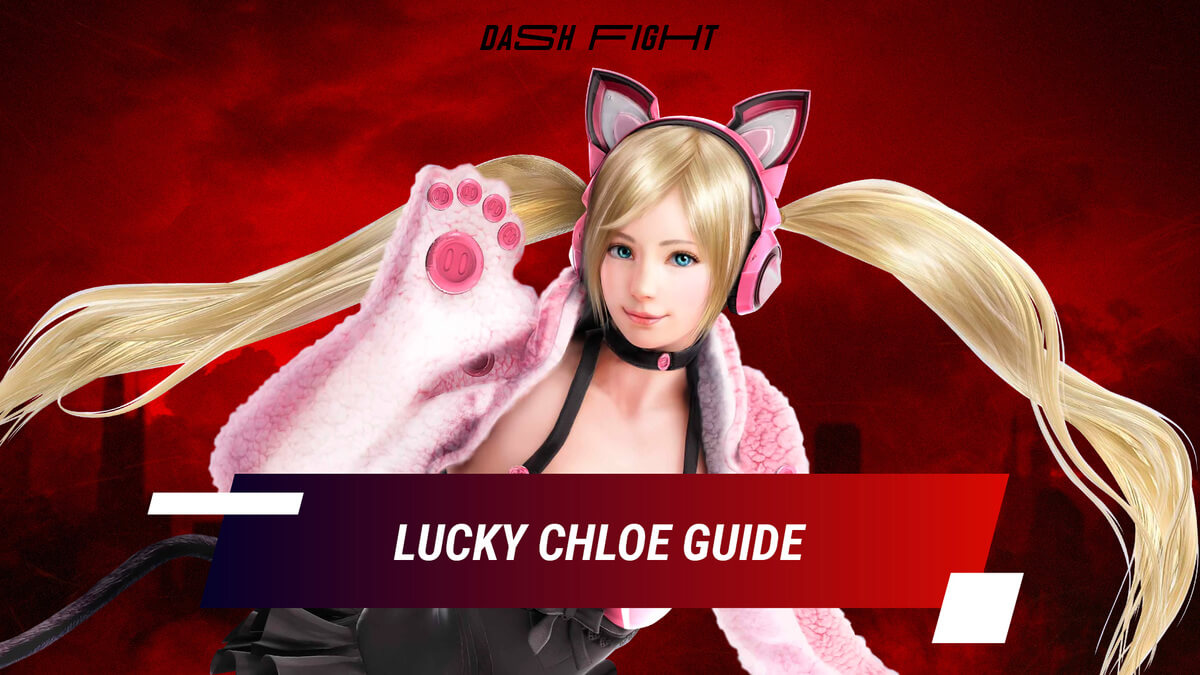 tekken.fandom.com
Here is Dashfight's Lucky Chloe guide special for you

Lucky Chloe is a character built around two things: Pressure and damage. She is clearly designed to provoke opponents on her way to creating an opening beating enemies in the face. Once she’s entered zero range it’s party time, as Chloe has solid pressure up close. From there on, it’s all about frustrating the enemy and making them second guess themselves. This is achieved through her selection of quick pokes and evasive crushing tools. As such, the philosophy of a Chloe player is a simple one: get in there no matter what the bouncer tells you and party hard.

She has one of the smallest and riskiest movesets in the game so once your opponent cleans up their approach it’s important to note their habits and condition them into making mistakes that you can capitalize heavily on. This is easier said than done, as Chloe doesn’t have many tools outside of close range and her punishment game on block or whiff is not all that strong (or safe), but to make up for these weaknesses her combo damage is phenomenal, especially out of her back turn launcher. This creates an intense high risk/high reward approach to Tekken that isn’t generally shared by much of the cast. You have to be very risky to play Chloe, and willing to make extreme decisions on your way to a victory. She’s not for players who get frustrated easily as you will certainly choose wrong at times. You will often have to fight your way up with her, but with patience and creativity, you can keep dancing.

If you want to read a detailed guide about controls in Tekken 7, just click on the link

Lucky Chloe All in One Guide (Season 3) by DoomedDanny

Check out our special guide How to Play Tekken 7!