Next Level Battle Circuit #35 - No One Could defeat iDom 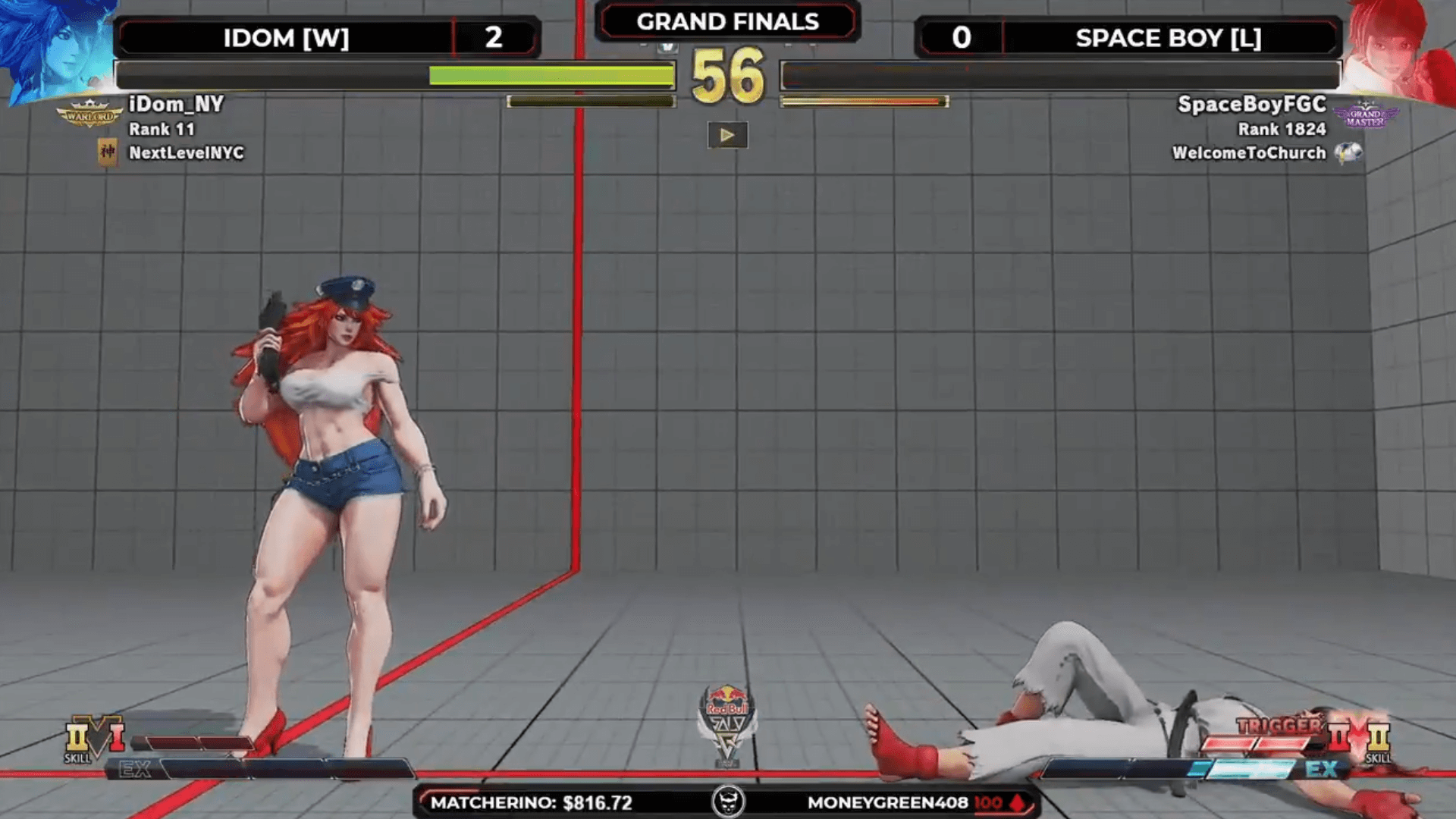 The team of Derek “iDom” Ruffin, named All-In, is a leader at Street Fighter League Pro-US with 4 wins and no losses. And at the same time, iDom manages to participate in smaller tournaments - probably for training, for fun, and for even more victories. On October 11, we could witness this guy and other skilled SF5 players fighting at Next Level Battle Circuit Online Edition #35.

Even local events with much less popular players can teach you many interesting Street Fighter 5 tricks (such as Rage Drive), so matches with iDom can be especially educational and interesting.

Derek had a very successful session in the starting pools - he won all three matches with the same score 2:0.

The Top 8 part was a bit more intense for iDom. He played the Semi-Final against Michael “Stack Bradford” Meyers (Akuma) and won after switching to Laura (2:1). The Winners Final was against Zaferino “Zaferino” Barros (Sagat) - iDom took Poison again and won 3:1. In the Grand Final, he played against Stephen “Space Boy” Agyemang (Ed, Sakura), and iDom won 3:0.

iDom is also the winner of Next Level Battle Circuit Online Edition $34. Here is the Top 8 stream:

The best part about these tournaments by Team Spooky is that you also can participate in them! Here is info on how to do so:

We wish all the attendees good luck - facing experienced players is quite a challenge but this is also a great experience to help you play better and get many esports victories.

Of course, you should have a good basic knowledge of the game mechanics to not get destroyed. For beginners in this game, we recommend taking a look at our guide on How to play Street Fighter 5.