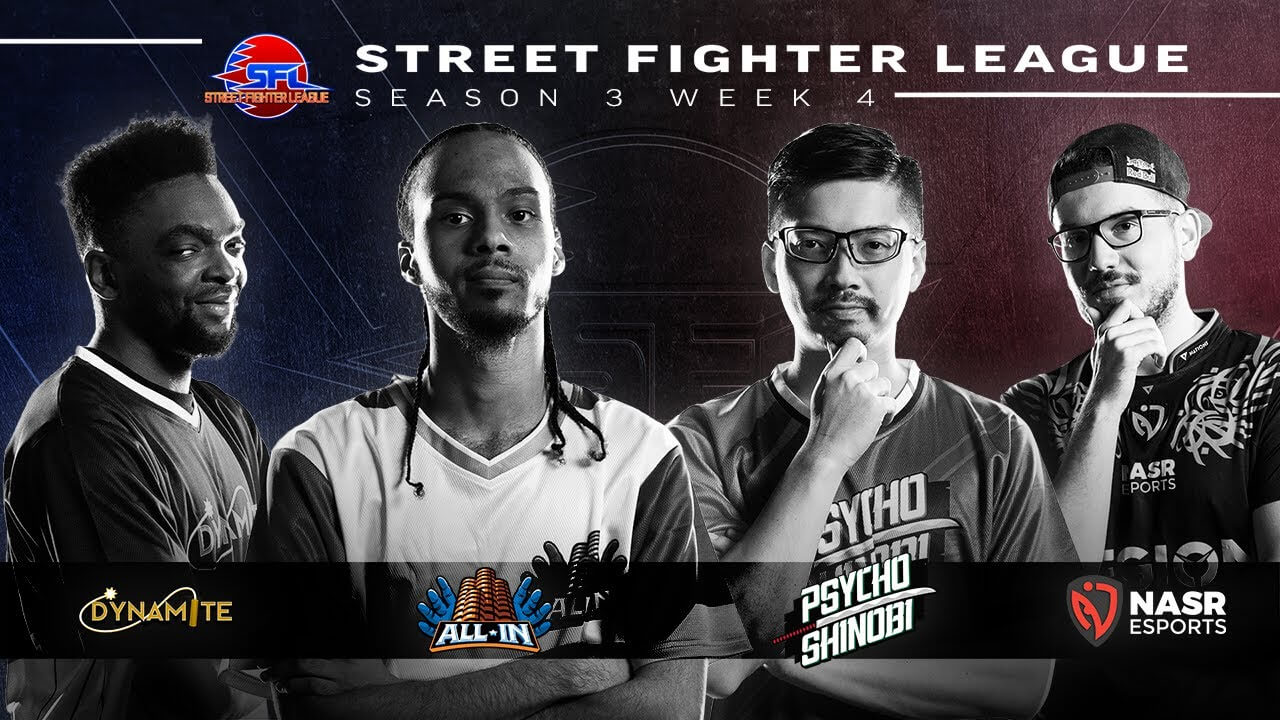 Street Fighter League Season 3 continues, and on October 29, the community witnessed matches of four American teams. The results brought some changes to the general standings, but we still should wait for the response from the other two teams in the tournament.

This time we had matches:

Both matches were pretty tense and exciting. All the teams got victories in individual games and had chances for success. Take your time to watch Street Fighter of the top-level on video - the stream also contains interviews with players.

The tournament standings look very promising for All-In - they were leaders even after Street Fighter League Pro Week 3, and now the team has 3 victories and no losses.

After this victory, Dynamite is the second team right now - two wins with one loss. Two close competitors, Psycho Shinobi and NASR have one win and two losses after Week 4. Still, the position of Dynamite is not that strong. Next week, Alpha 3 guys have their games, so they can catch up with Dynamite. And you can imagine how motivated players of UYU are - they still have no victories.

The US part of Street Fighter League has a schedule for 15 weeks in total - watch matches every Thursday. Or check out the results on DashFight!