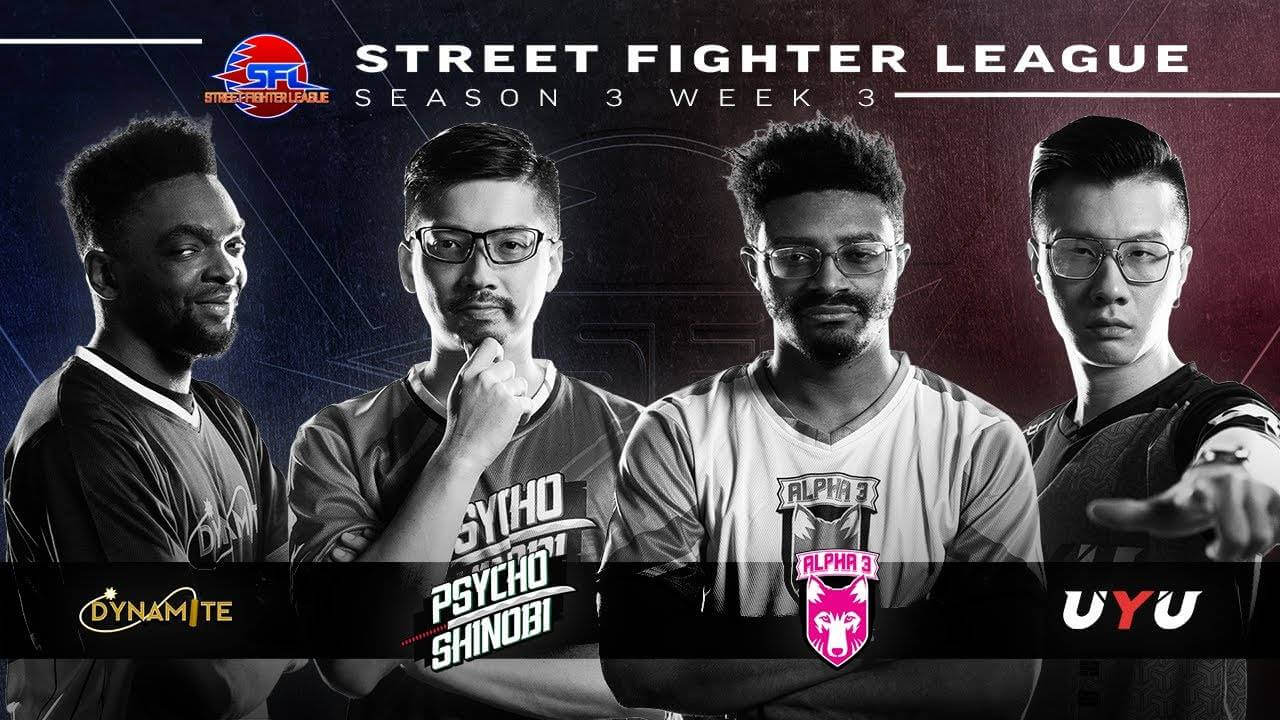 Another week in Street Fighter League is over, and before delving into the matches of the next stage of this unusual tournament, let’s take a look at the current standing and results of the previous fights.

Street Fighter League is very special in fighting esports! It consists of team fights - three players from each team participate in one game.

In Japan, we’ve already witnessed five weeks of the tournament. The previous results are highlighted in this post. The situation since then has changed a bit.

In Street Fighter League Pro-US, All-In are leaders in the standings - they have 2 victories and 0 losses. Psycho Shinobi (2nd), Alpha 3 (3rd), Dynamite (4th), and NASR (5th) have the same results - 1 win and 1 loss. Only UyU has no victories yet.

Street Fighter League continues - the next games are planned for October 30. DashFight will inform you of future results. Follow us on Facebook and Twitter to have Street Fighter 5 esports news directly into your social feed!

Meanwhile, other events also become a place for high-class SFV fighting. Have you seen the amazing matches of Capcom Pro Tour 2020 Asia East 2?