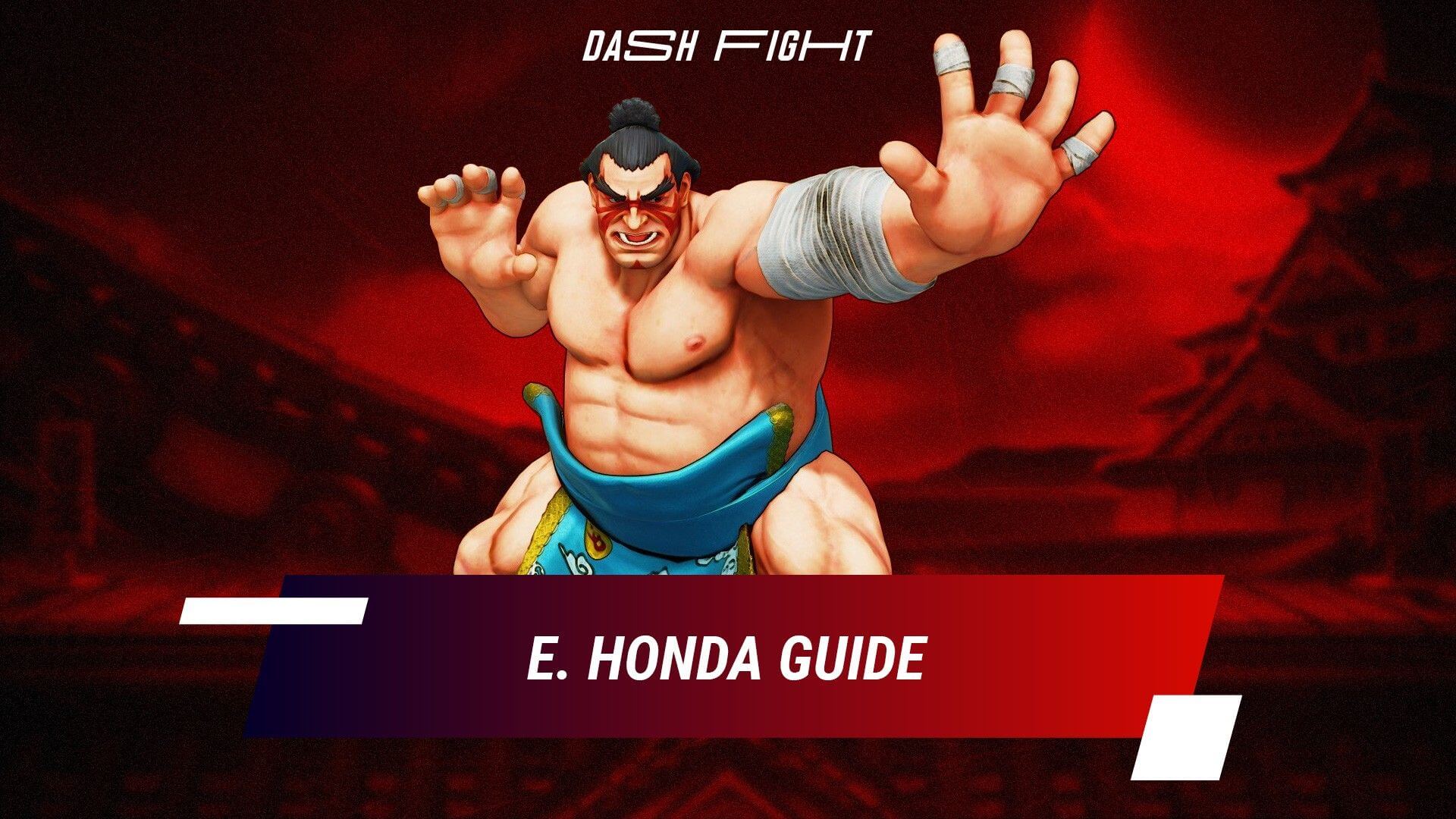 One of the primary features of the original Street Fighter games is combining various styles of martial arts in one playing experience. We have here characters from all over the world - and of course, the Japanese company Capcom added a master of sumo. He is big and mighty. And he will be a decent opponent for all the other SFV characters if you take your time and learn the moves and attacks of E. Honda.

A different Japanese tradition is present in the Street Fighter series thanks to Eternal Wanderer Ryu. Also, the game has a Japanese girl - Sakura.

Edmond Honda has a great mission - he wants to popularize Sumo in other countries. He knows that many fighters may kind of disrespect sumo wrestlers, so he decided to join the World Warrior tournament and prove to everyone the real power of sumo. And also, this guy wants to prove his personal fighting skills and become the best sumo wrestler of all time.

Another passion of E. Honda is his Sentō bathhouse. He even grew in a large bathhouse, so now he has combined these two Japanese traditions and opened a sumo ring in a public bath - take a look at the stage of E. Honda!

For the first time, the fighting games community met E. Honda in Street Fighter II. He was brought here with the intention to demonstrate the power of sumo.

Then we saw him in other installments of the Street Fighter series - in Alpha 2 and 3. Shadaloo managed to distract E. Honda from his primary goal by selling drugs to sumo wrestlers. Edmond wants to clear his beloved tradition for all the dirt, so he destroys a Shadaloo base together with Zangief. Also, E. Honda tries to help the dolls of M. Bison and invites them to stay in his Sentō.

E. Honda is a playable character in Street Fighter IV. Here he has almost reached the official promotion to Yokozuna, a very high level in sumo.

This fighter is obviously very heavy, so the speed of his movements is rather limited. An advantage of the guy is his amazing strength.

E. Honda moves are strongly based on sumo. Still, the developers allowed themselves to add some new attacks to the traditions of this wrestling. Moreover, they gave E. Honda some prohibited attacks - he would be banned from an official sum tournament.

The Sumo wrestler is a beginner-friendly character with good potential for landing damaging combos. His weakness is slow speed, and you should learn proper positioning for starting an effective attack.

Many of Honda’s combos start with Light Kick and Light Punch. For example:

Medium Punch and Kick can be followed by Light attacks.

You can try and use Heavy attacks as combo starters.

V-Skills can be added to many of these combos — it is worth training and experimenting with them. Also, V-Trigger I, Onigawara, is good for completing your combos after the neutral attacks.

E. Honda doesn’t have a big variety of moves and attacks (as Seth has, for example), but this doesn’t mean the character is super easy. Some precise actions are needed to deliver those mighty hits and use the full power of this sumo wrestler. No guide can teach this! Only your dedicated practice in many SFV game modes will do the thing. And you know what? It’s the most exciting thing about fighting games and gaming in general - you practice and have fun playing at the same time!

Traditional atmosphere around E. Honda is so beautiful, it really conveys a bit of the Japanese culture. And you can add something fresh into it thanks to various Street Fighter costumes of different colors.

DashFight is here to help you guys with all the aspects of Street Fighter 5 and other fighting games - and to make your experience with this genre even more cheerful. Follow us on Twitter and Facebook! Join our Discord community!