Street Fighter 5: How to unlock Costumes and Colors 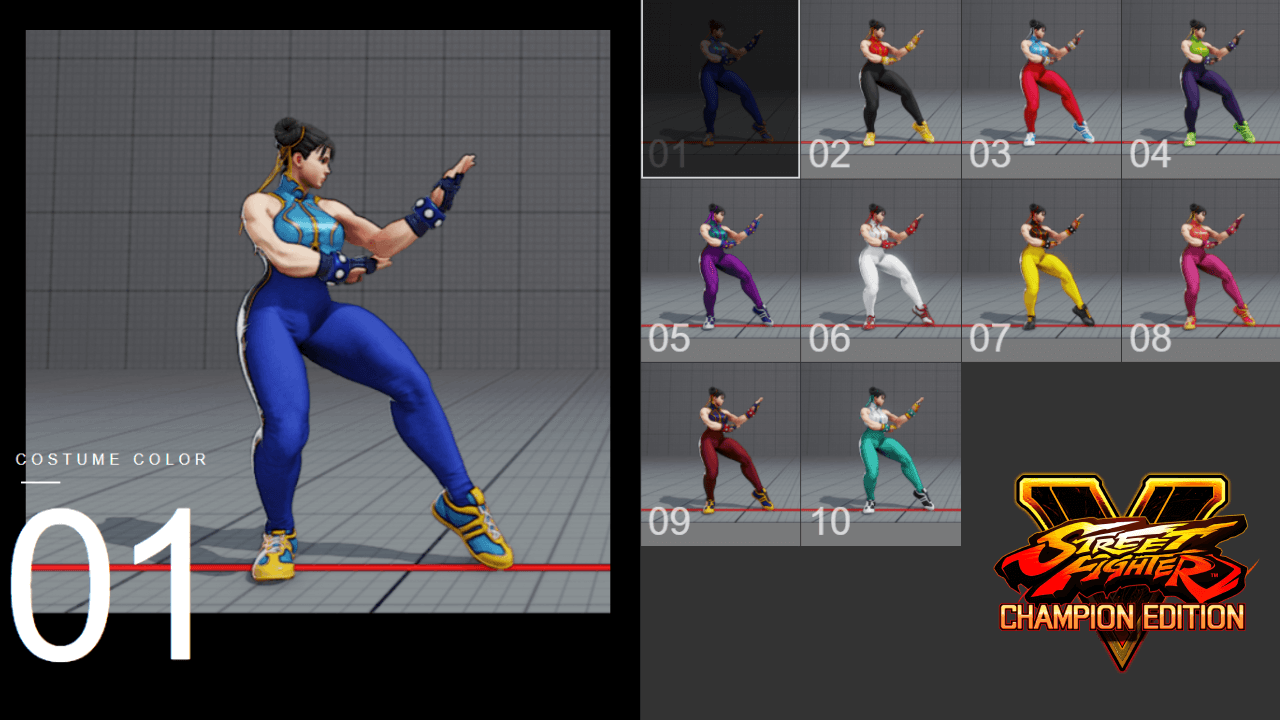 Capcom
Get many new options in personalizing the appearance of your favorite fighter.

Choosing the best character especially for you is quite a significant step in Street Fighter V (and in fact, in any fighting game). You will spend with this guy or girl a lot of exciting hours, so you should like their personality and the background - that’s why, we explain the stories of fighters in their moves guides (for example, Cody or Blanka). And also, this fighter on the screen is a virtual representation of your real personality. Opponents (and maybe viewers on esports events) will associate you with this character and their specific appearance.

The game offers quite a few character customization options (even if they are not so mind-blowing as in Tekken 7). Street Fighter 5 costumes change the general atmosphere around your character, but you should take the whole set without the possibility to mix individual parts. The game allows personalizing the costumes by selecting other SFV colors. This is a change in appearance and also the opportunity to prove your dedication to the fighting - some Street Fighter 5 colors are rather difficult to obtain.

In this guide on DashFight, we talk about SF5 costumes. How to get every costume for your character? How to unlock all the colors?

If you only take your first steps in this game, check out our article Street Fighter V Guide for Beginners.

Game characters have their default costumes - it’s the basic appearance. Also, they have story costumes, and you can meet them in such clothes in the Character Stories mode.

To do so, complete the Character Story for this particular fighter. The story costume will be unlocked, so you will be able to purchase it with Fight Money. In Street Fighter V, all costumes from the stories cost 40,000 FM.

Each character also has a few premium costumes. Players can’t purchase them with Fight Money and should pay for SFV alternate costumes, the special currency, Zenny. A Street Fighter V premium costume cost 400 Zenny, which is $4.

All the costumes may have different color patterns, but players should unlock them. At the start, Street Fighter V costumes have only two colors available (1, 2). Let’s figure out how to get all the others.

These colors can be obtained by completing the Surviving Mode with different levels of difficulty.

This process may become quite repetitive because you get colors for that specific costume your fighter wears during the surviving mission. To get all the colors for the SFV all costumes, you should change outfits and repeat the process. On the other hand, it's very good for training, so you will know your character even better.

These colors are available in the game store. You can purchase them only with Fight Money, but in addition to this, your character should reach a specific level.

To increase the character level, you need to play Street Fighter V more. Almost any game mode gives XP, and when your fighter is leveling up, you earn Fight Money. More info on this topic can be found in the article about Street Fighter 5 Unlockable Characters.

To take a look at Street Fighter 5 all costumes with all colors, visit this official site by Capcom.

For example, you can select Ryu there and check out all his outfits with different color patterns.

Street Fighter V is a continuation of a great game series - but also, it has a great future as a fun game and an esports discipline. Stay tuned to DashFight on Facebook, Twitter, and Discord to get various helpful articles and SFV news directly to your newsfeed.