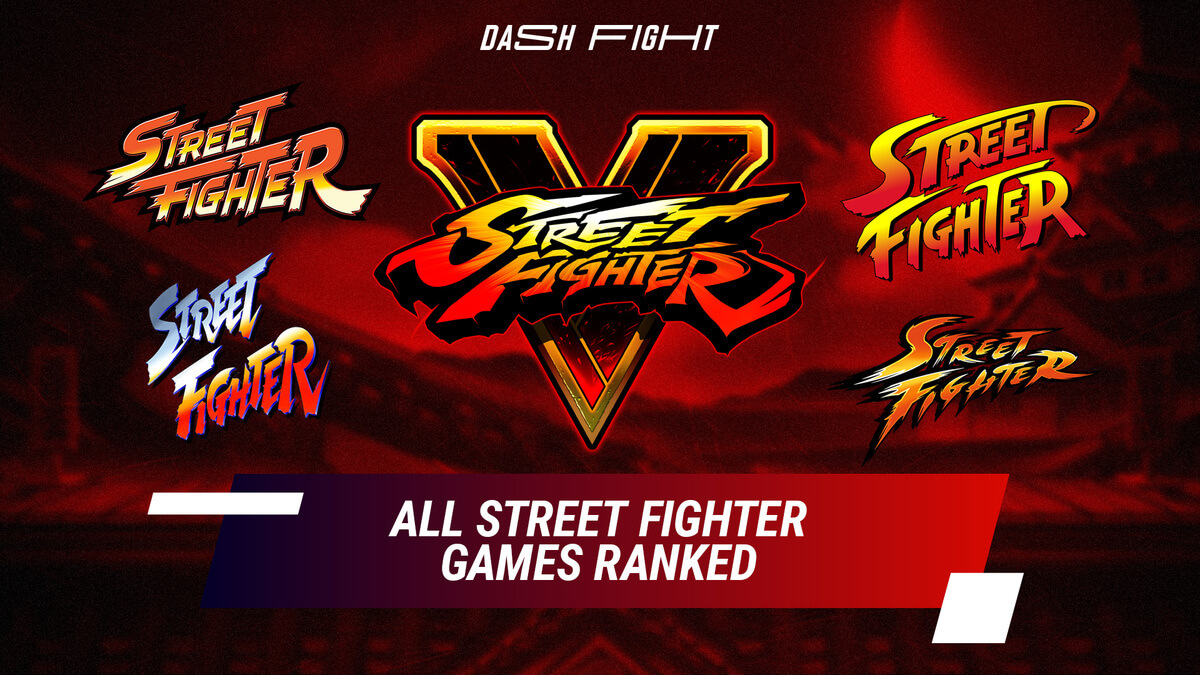 Capcom
#Guide#Evergreen
The development of a game series is not always an improvement of the creative quality. Sometimes an old version is better overall

There are lots of gamers in the world, with lots of various opinions and preferences. Some consider modern games the best, as the perfection of technical aspects, such as stunning visuals. Others feel that old classic games are more appealing, as the implementation of brave creative ideas. We at DashFight do not believe in such universal rules. We’ve evaluated lots of various aspects before ranking Tekken 7 games. And we did the same for this list of Street Fighter games ranked. It’s better to keep objectivity without coming out with pre-judgments.

First of all, let us make one thing clear - there is no such thing as absolutely the best game. It’s true for the whole gaming culture, for the fighting genre, and for each specific game series. The best Street Fighter game is one you enjoy the most!

Please, don’t be mad at us if our opinion is different from your personal ranking of top Street Fighter games. It’s just impossible to satisfy everyone - we all are too different.

While ranking Street Fighter games, we did not divide them into editions. This list is based on the general achievements of each game - including its release condition and all the following improvements.

If you don’t like rankings but want to delve into the history of this legendary fighting series nevertheless, take a look at the article Evolution of Street Fighter: Core Games.

The original Street Fighter game has lots of interesting ideas that later grew into amazing mechanics and gameplay features. Still, the first game was very limited both technically and creatively - the replay value is very low. It’s not the worst Street Fighter game though. This one is just not as good as the others.

It’s worth noticing the hidden special attacks. The moment of discovering them was a powerful excitement for gamers of that era.

We start the top 10 Street Fighter games with this step aside from the primary traditions of the series. In 1996-97, Capcom decided to experiment with 3D character models for their 2D fighting. The result wasn’t perfect. Many criticized this game for too big departure from the previous games.

This game invites players into a time trip - it was released after SFII but continues the story to the first game.

The experience of playing this installment wasn’t too different from the previous, very successful versions. In a way, it was a good copy of a well-working formula, but the audience didn’t want anything too innovative and was quite happy with Street Fighter Alpha.

Somehow, the community of Street Fighter players never felt too connected to this sub-series. The EX games weren’t very popular despite the interesting mechanics and attempts to bring 3D models into the classic game.

SF EX 3 got improved visuals thanks to the power of the PlayStation 2. It’s an interesting choice for hardcore players who love improving their skills to the level of perfection.

This version is quite clumsy in comparison to other 3D fighting games, but still, it’s the best Street Fighter of the EX sub-series.

It offers new characters. The visuals are quite decent as for a game from 1998-99. But the lack of new features doesn’t allow SF EX 2 to be higher in our list.

After the release, this game got lots of positive feedback. It looks good and the gameplay has many innovative features. Many mechanics were significantly improved in comparison to the first SF Alpha.

The biggest issue with this game is being 2D fighting in the era when the gaming world was obsessed with 3D technology. It feels good even now, so we put this installment in the top Street Fighters.

However great this one is, it’s hard to not notice that Capcom at this point couldn’t add anything super fresh to the classic recipe of their 2D fighting games.

Apart from this, you’ll find here very beautiful graphics and polished mechanics. The game may feel weird for modern gamers though - the genre evolved a lot since 1997.

In our Street Fighter rankings, we place the third installment of the Alpha sub-series higher than the others - thanks to its enhanced features. This is a continuation of the same “alternative” timeline with younger game characters than in the core series.

Street Fighter Alpha 3 was praised by critics and turned out to be commercially successful. If you are asking what is the best Street Fighter game, don’t miss this very decent version.

The initial release of the fifth game was disastrous. Even the following SFV: Arcade Edition and Champion Edition can’t change the initial bitterness of an underdeveloped game.

But in the end, Capcom made a great job to boost the general quality of their product. As for now, it’s a solid choice for casual gamers who want to have fun in fighting and for hardcore players, who even dream about their esports career. For the laters, this one is definitely the answer to the question which Street Fighter is the best.

In more detail, we describe this installment in the post Street Fighter V - an Ultimate Guide for Beginners.

As the general playing experience, the fourth Street Fighter is not really better than the fifth, but it doesn’t carry such a history of mistakes.

For the first time, the addition of 3D character models was super successful and changed the whole atmosphere of the series. The game felt and feels modern. It’s a great choice if you want to enjoy fighting and don’t care about the esports.

This game is old and it is gold. No other game suppressed the overall achievement of this installment - lots of copies sold, many editions released. You will find Street Fighter II even on modern devices, including the Nintendo Switch with Ultra Street Fighter II: The Final Challengers. Without any doubt, we proclaim this game the best Street Fighter of all time.

It has almost everything that makes this series so unique and so popular. It’s a perfect basis for all the following games and further improvements. If you like the genre, give this game a shot - it's definitely worthy of your attention. We will not specify the best Street Fighter 2 version to not get you confused. Feel free to play any edition that is available for your gaming device.

We at DashFight consider this list of the best Street Fighter games incomplete - Capcom is still working on SFV but eventually, they’ll start developing the next game (Street Fighter 6) and then the next one. It’s an exciting journey that promises lots of fun.

Stay tuned to us on Facebook, Twitter, and Discord to get Street Fighter news and articles directly to your social newsfeed.