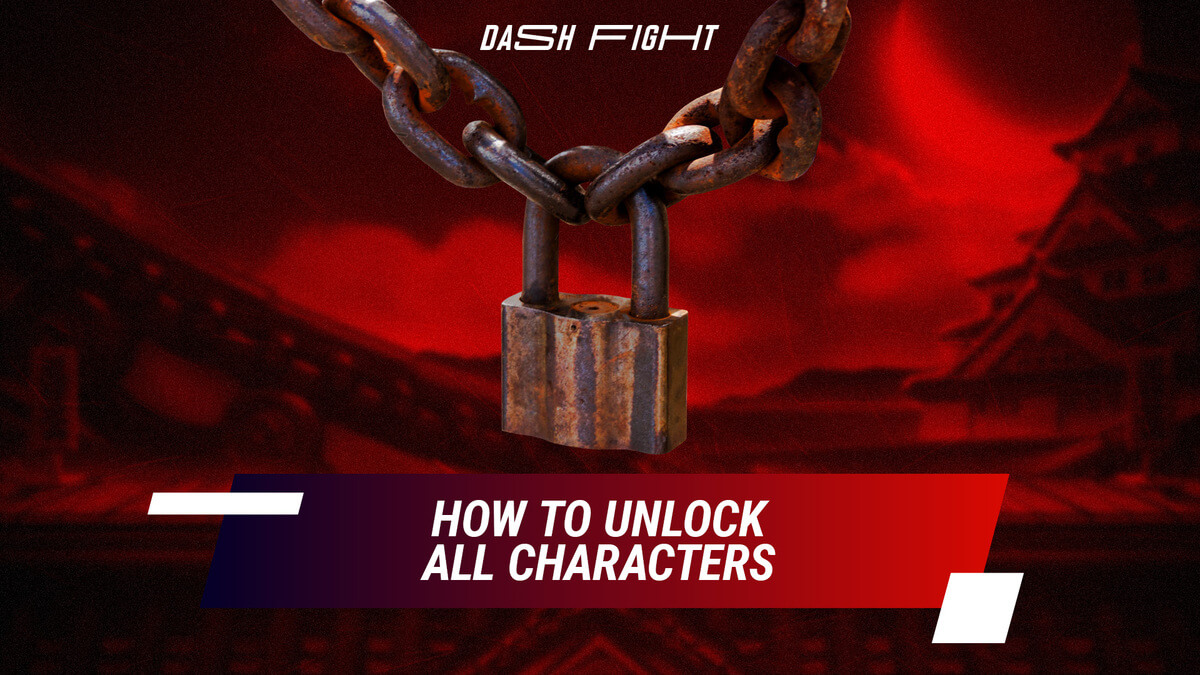 Street Fighter 5: How to Unlock all Characters

Most of the Street Fighter players use only one fighter regularly. It’s a great way to learn all the features of this character and win a lot of matches. Usually, Street Fighter V guides recommend choosing that guy or girl you like the most and stick with them. But what if you want to have all of them - even if you don’t plan to play them? Then you can check out how to unlock characters in Street Fighter 5 in this guide!

Of course, before even thinking about Street Fighter 5 unlock characters, you should learn how to play this fighting game. DashFight has an article for this occasion as well - Street Fighter V Guide for Beginners.

But why do you need to bother with this? You’ve purchased the game and expect to see everyone there with no effort. This isn’t how it works!

The developers want you to try out all the aspects of the game - that’s why they added Street Fighter 5 unlockables.

At the start, you have only 16 available fighters:

Street Fighter 5 unlocks other characters for Fight Money, the internal currency. You earn it in various modes and thus get to know the whole game better. Street Fighter V unlockables are not limited to characters - the situation with the stages and costumes is the same.

To pay or not to pay

Someone would say that the motivation of the developers is not that noble. For the company, it’s an additional way to earn money. The game Street Fighter 5 unlocks characters through paying real cash.

It’s only up to you to do so or not. On the one hand, it’s a convenient feature - you don’t have to farm Fight Money. On the other, this possibility limits your game experience.

Street Fighter 5 How to unlock characters

Enter the game shop, choose the Character section, and buy any fighter you want to have. Technically, the process is super easy. The problem arises only with having enough Fight Money on your account.

So, here are the primary ways to earn Farm Money and Street Fighter 5 characters unlock.

Start mastering your skills. Get the latest SFV guides!

Each match here brings a lot of competitive excitement. And if you win one, you get 50 FM. It’s not a big reward, and you should get many victories to unlock characters in SFV. Also, to play well, you may need that character who is still locked.

The Story Mode is your primary destination for getting the basic experience in the game and for earning Fight Money. In fact, you get money from leveling up your characters. Through completing the stories, you can have up to 350,000 FM.

This part of money farming in Street Fighter 5 doesn't include General Story because characters don’t earn the experience here.

It would be better to spend FM from the character stories for the fighters of your choice (if they are locked). Start playing your personal best character as soon as possible - you will be more effective with them and will learn their abilities at the same time. Then, you will be able to visit online matches and earn FM from victories there.

Level up your characters

Play those modes of Street Fighter 5 that reward characters with EXP. Each new level brings 1000 FM.

Finish all the Trials. Play the Survival Mode with the high level of difficulty. Repeat everything with every newly unlocked character.

Pay attention to the Missions

In the Challenges section, you can find a list of Missions. Many of them reward players with Fight Money for doing specific stuff in the game. For example, for getting a KO with an EX move 10 times.

Such missions give a perfect opportunity to discover different layers of the game.

In this mode, you should pay Fight Money to take a challenge. Don’t be afraid to do so - the reward will be higher than the participation fee. Still, read the victory conditions and start only those challenges you really can accomplish. Maybe, you will need more experience with a specific character to succeed - then gain it in other modes.

There is no better advice on how to unlock Street Fighter 5 characters! The farming process is full of repetitive actions. You should play the same SFV game modes again and again - and if you think only about Fight Money, this will be an exhausting chore. But if you love the game, you will be able to Street Fighter V unlock characters easily, as a side effect of your gaming joy.

Some players try to find a Street Fighter 5 unlock characters mod. We at DashFight do not recommend this method. SFV costume mods bring fun to the game - they are great. But if a mod takes the fun out of your hands and delivers a tricky shortcut, it’s better not to touch it.

All the methods of earning Farm Money in Street Fighter are also good for purchasing other locked content, such as stages, costumes, and fighter profile designs. At the end of this path, you will be a super-powerful Street Fighter yourself!

For many more articles on SFV and other fighting games, stay tuned to DashFight on Facebook, Twitter, and Discord!