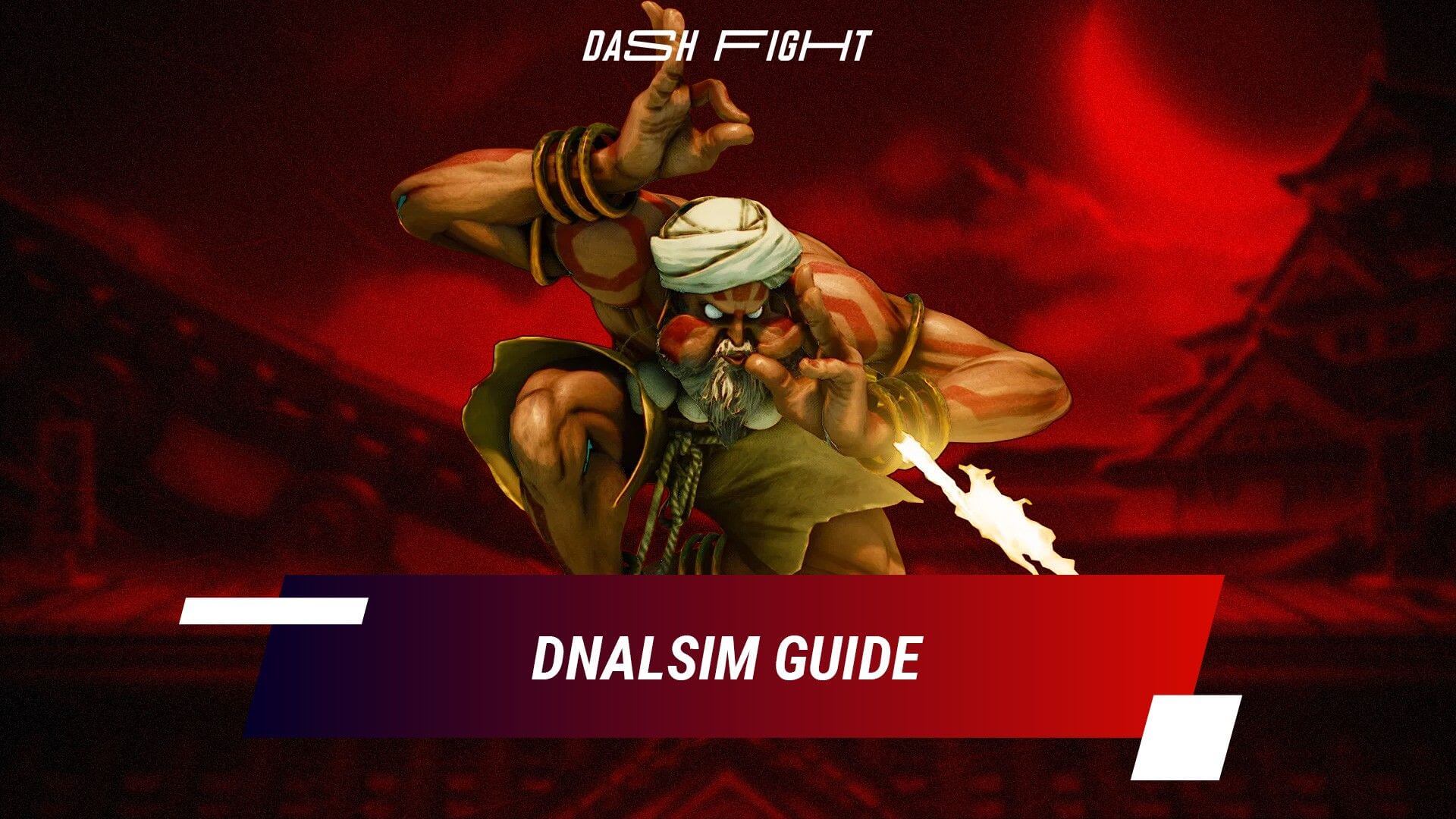 Capcom
#Guide#Evergreen
He is a yogi who decided to use his amazing abilities in SFV matches. Will you be able to control this power in your game?

Dhalsim is one of the most interesting Street Fighter characters. And his uniqueness is not only in the miraculous stretching of his limbs and attacks with fire - the other fighters also can do some breathtaking tricks (Hadoken of Ryu is also not your ordinary move). Dhalsim Street Fighter follows the spiritual path of Yoga and theoretically should avoid all types of violence. But in practice, he is a hero in one of the most popular fighting games in the world. What happened to his spiritual path? And (what is more fascinating for the SF5 community) how the Yoga practice affects the Dhalsim moves and abilities?

Let’s take a closer look at the fighting yogi in this Street Fighter V guide on DashFight!

He lives in an Indian village and feels strongly connected to people there. They are poor and have no possibility of getting money. Dhalsim decided to participate in the World Warrior tournament and thus help the local folks - financially.

Of course, he always helps them spiritually. For example, in one of the Character Stories of Street Fighter 5, Dhalsim teaches a policeman how to levitate. And he definitely gives wise advice on the nature of this world and our place in it.

Probably, after reaching the essence of eternal knowledge, Dhalsim threw away all the limitations - even those that led him on the spiritual path. And free from everything, he can enjoy Street Fighter V matches and use almost magical abilities to kick asses of his opponents

In Street Fighter games, Dhalsim doesn’t want to harm anyone, even such evil guys as M. Bison. Sometimes, he is seemingly angry and annoyed - for example with Balrog for killing an elephant.

Then, we saw the yogi in Street Fighter Alpha 2 and 3, where he decided to defeat M. Bison. During this adventure, Dhalsim makes Cammy self-aware.

In Street Fighter IV, his village suffers from a lack of water - Shadaloo has built a dam. Dhalsim participates in the tournament to solve the problem. He fights many opponents (including Seth, the main antagonist of this game) and destroys the dam.

To discover what is going on with Dhalsim in Street Fighter V, play his Character Story and the General Story A Shadow Falls. Dhalsim is among the 16 basic characters, so you will have him even with Street Fighter V: Arcade Edition.

The ability to stretch limbs makes Dhalsim a very good character for fighting at a distance. His fire attacks perfectly support such a style. Dhalsim can teleport to keep a comfortable distance. And he is a Street Fighter 5 floating character.

The defense of this fighter is not very good, so he should avoid powerful hits from such mighty guys as Zangief.

With no need to unlock Dhalsim in Street Fighter V, you can use this guy to earn Fight Money and get all the other SF5 characters into your roster.

Dhalsim usually wears quite simple outfits but also he has some SFV costumes of various colors.

For other helpful guides and interesting Street Fighter 5 news, stay tuned to DashFight on Twitter, Facebook, and Discord!