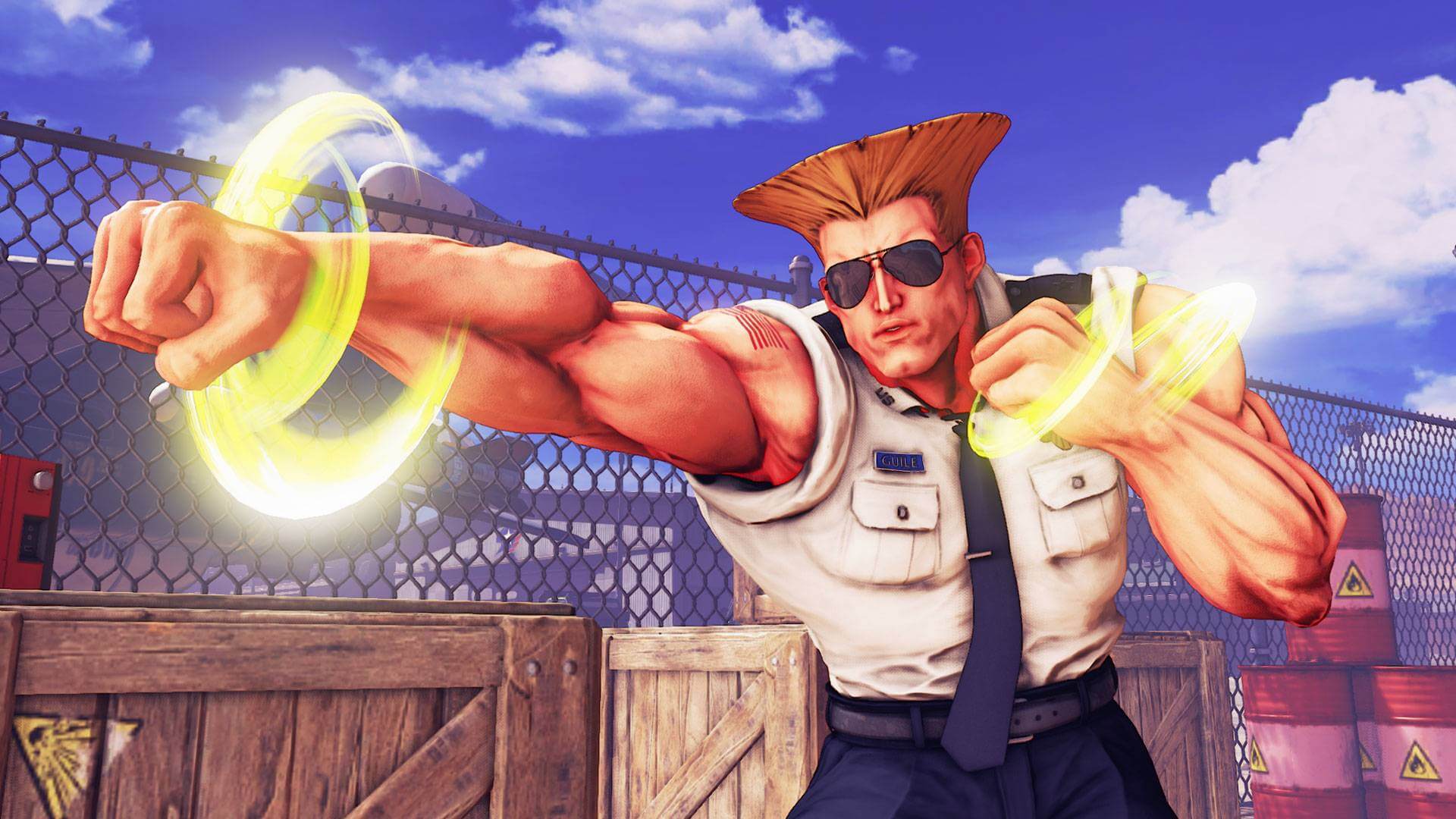 Capcom
#Guide#Evergreen
Put his military experience to good use and achieve many victories!

Guile is such a great fighting character. Even if he is not as huge as Zangief and can’t surprise everyone with mystic powers as Dhalsim, Guile Street Fighter has a perfect personality for this genre. He is a mighty military guy from the United States Air Force. Just look at him and you’ll definitely get the impression that this dude knows a thing or two about fighting.

In this SFV Guile guide, we explain his abilities and describe his motivation to fight.

Let’s start the article with the most important thing! Have you seen the hairstyle of Guile? Awesome! He could be friends with Paul from Tekken 7...

A long time ago, Guile had a friend, Charlie. But then, this guy disappeared and everyone considered him dead. Charlie got a secret mission to investigate the evil activity of Shadaloo and its leader M. Bison. It seemed like Bison killed the guy, and Guile couldn’t accept this. His heart was full of anger and he searched for revenge. This desire brought him to the World Warrior tournament in the game Street Fighter II - the first one in the series that had Guile in the roster. Our hero almost killed M. Bison, but his wife and daughter calmed him down.

Then, the fighting games community met Guile in the console version of Street Fighter Alpha 3. He wasn’t really important in the story, but the story of this sub-series was important for him. it turned out that Charlie Nash really was killed, but this doesn’t mean he is dead. The Secret Society returned him to life.

In Street Fighter EX, Guile continues hunting Shadaloo. Players discover that his wife is the sister of Ken.

Guile tries to search for Charlie in Street Fighter IV but his primary mission here is to check out the organization S.I.N and its connection to Shadaloo. He manages to defeat Seth, the main antagonist.

Street Fighter V got this guy with Season 1 and he is included in SF5: Arcade Edition. Check out what happens to him in the General and Character Story. Will Guile be able to recognize reborn Nash as his long-missed friend?

This fighter is pretty balanced, so you can see many professional players choose him for esports matches. Guile is known for an advantage in defense and the necessity to perform moves and attacks at specific moments. Timing is quite significant for this guy, and you need some basic experience to play Guile effectively.

Throughout his career in the Street Fighter series, Guile uses two special moves - Sonic Boom and Flash Kick. In Street Fighter V, the move set of this character has changed, so keep this in mind if you played him before.

This character is not the easiest one but time invested in practicing Guile moves will be rewarded in many Street Fighter 5 game modes. Eventually, you can get a good online rank with this guy!