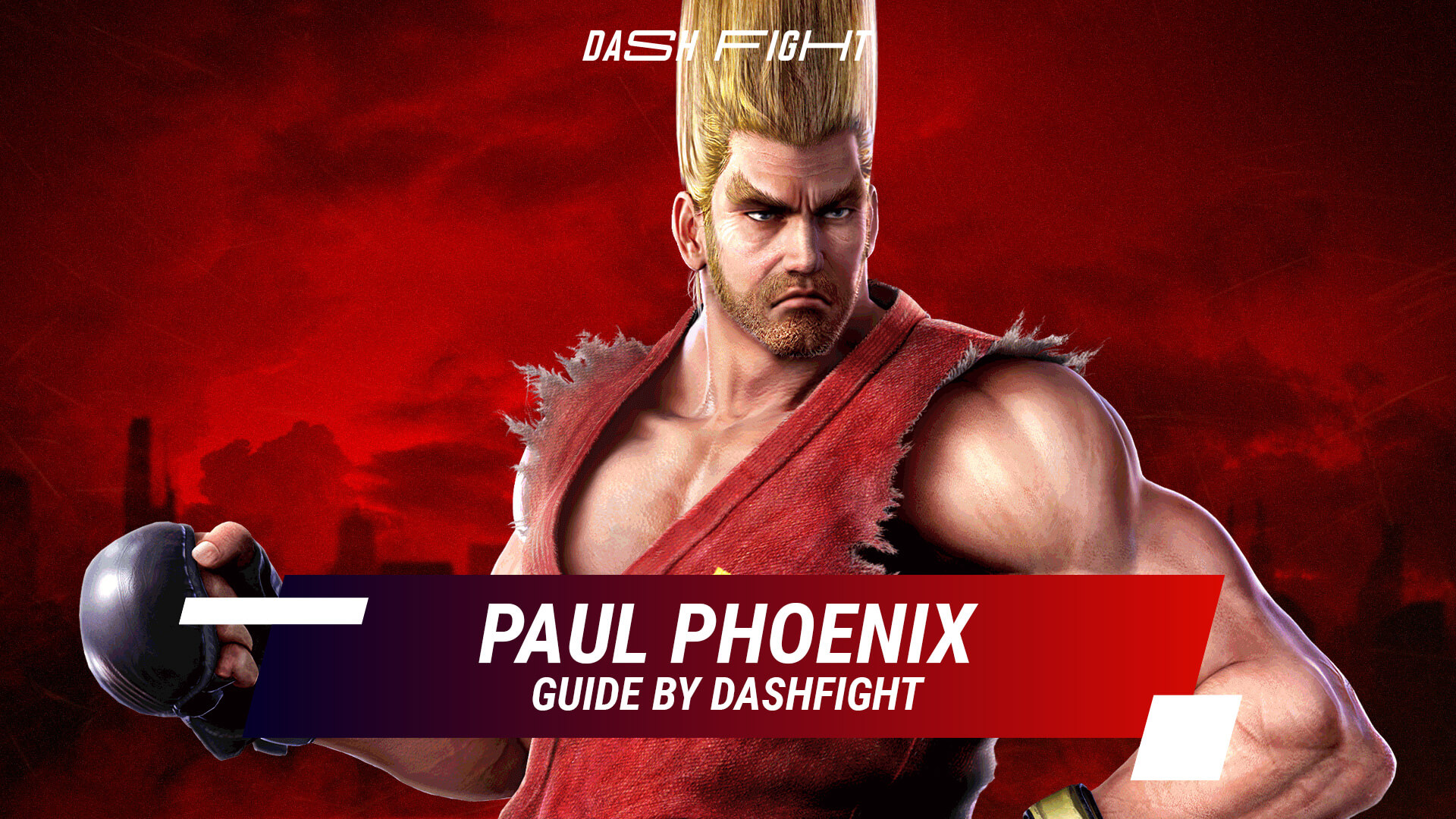 Here you can discover information about Paul's good hits

As a character, he is an absolute powerhouse with some insane moves that can pile on the damage on an opponent and leave them gasping. His control of the neutral space is pivotal for his gameplay as this lets him get in the opponent's face when necessary and play keep away when the situation calls for it. In addition, he is a back sway character which affords him a couple of more options.

In this guide, we'll be looking at ways to best utilize Paul in Tekken 7 and ensure that you are an absolute nightmare for anyone coming up against you.

How to use Paul’s Death Fist correctly

Paul's Death Fist is a must for anyone serious about using the character. It is a high-damage mid that deals an insane amount of damage to the opponent. Due to its strength, there are many who believe that this move is broken. However, the reality is that the Death Fist is a 50/50 move that could end very badly. If blocked, it leaves Paul open to a world of pain and some nasty whiff punishment. Therefore, users need to be very wise when utilizing the Death Fist.

For anyone who wants to use the Death Fist, it is best to get your opponent to the wall which is where Paul does a lot of his best work. It is also advised that a player baits their opponent and catches them whiffing before unleashing Death Fist on them. So, try to bait, or shimmy them— and this is quite possible with Paul who has great control of the neutral space— and then hit them with the Death Fist.

Finally, moderation is key. Therefore, it is best to pick and choose the moments you make use of Death Fist to ensure that you don't fall into a pattern that the opponent can easily predict and counter.

Start mastering your skills. Get the latest PAUL guides!

The Best Gameplan For Paul

Paul is a high damage output character which is great. However, he isn't best suited for a rushdown style as he can easily be caught twitching and suffer the consequences. Therefore, it is best to take a more circumspect approach and utilize mix-ups. Paul's movelist also contains a lot of far-reaching pokes that allow him to keep the opponent in check. So, when in action, keep an eye on your opponent, if they are pressure-heavy players, they will be fairly easy to deal with as Paul can use sidesteps and a plethora of punishes to end such a player.

He also has a lot of tools with which to play keep-away which means that anyone who wants to get into your space will need to work for it and even then, Paul has a few moves with which to deal with point-blank situations.

Combos are an essential part of every fighting game, and while they are not by any means the most important thing to know (spacing, punishing, and situational awareness are arguably more important things to note) it is still an aspect of getting better that cannot be ignored. Paul has a number of great combos and this list is by no means exhaustive. That said,  we'll be looking at a couple of them in this section of the guide.

Paul's Tekken 7 combos are numerous and his variety of tools make him a great character for players with some experience to use. Once you can master the basics of managing space and punishing opponents optimally, you'll realize that Paul is an excellent character that you will get a lot of joy out of.

If you would prefer a visual representation of the awesomeness that is Paul, you can check out our guide with pro player, Joey Fury below.

If you want to know How to Play Tekken 7 you can check our special manual about it. Also, you can read some guides about Yoshimitsu, King, Lars, Kuma/Panda, and Lei from Tekken 7.

Don't forget to follow us on Facebook and Twitter to get DashFight posts in your newsfeed. Join our special Discord server to meet other great people from the fighting games community!