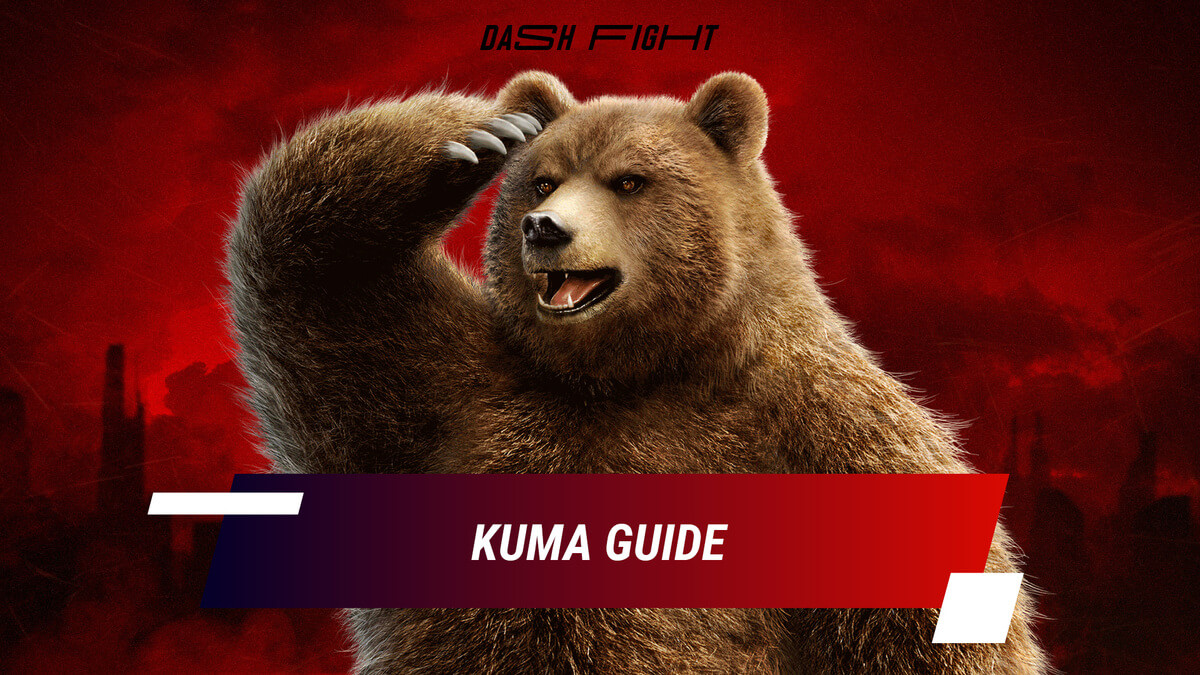 playground.ru
#Guide#Evergreen
First of all, Kuma is a cool bear, who fall in love in Panda. Nevertheless, we try to combine knowledge about them for you in this Tekken 7 Kuma guide
Kuma & Panda Reveal by Bandai Namco Entertainment America

Kuma is one of the most extraordinary Tekken characters. Tekken 7's gaming community, probably, is considered about Kuma, that he's a bit weakened compared to other fighters. However, if you know how to play for Kuma, this opinion can be changed fast. He has probably the best whiff punishers in the game, powerful wall damage, and really good traps.

We can say that Kuma is pretty an underrated character. He has a lot of tools for winning, but it's hard enough to learn about them. At the same time, he is lacking fighting tools in some areas, but he is justified by the fact that Kuma is a big and very love bear.

He is viable and able to compete against every character in the game in good hands. It requires attentiveness and thoughtfulness of actions to win. He is also in love with Panda. Probably not mutual.

If you want to know the basics of controlling your fighter, we recommend that you check out the Tekken 7 control guide. After all, to win, you firstly need to be able to quickly press the correct buttons.

Some additional moves for Kuma's players

You can check the Kuma guide for the most experienced players here.

And here is a full list of Kuma's combos.

We recommend that you check out our guide How to Play Tekken 7 if you are a freshman. Also, you can read some guides about Yoshimitsu, King, Lars, and Lei from Tekken 7.