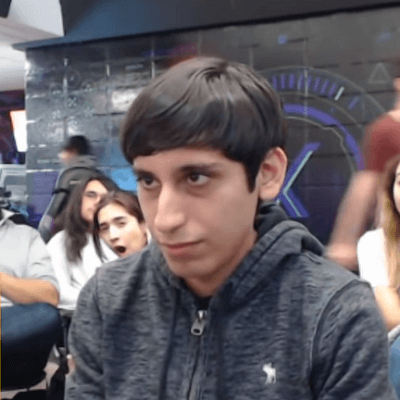 Carlos Vanegas, also known as "Raptor," is an American Super Smash Bros player who is part of the TAYF crew. He solo mains Yoshi in Brawl, Project M, Wii U, and Ultimate.

Hailed as one of the top Smash 4 Yoshi mains in the United States, Raptor won against top contenders including Great Gonzales in Smash 4 and Shoyo James in Smash Ultimate.

In Ultimate, Raptor has an overall set count of 68% and is a regular at events like AON Smash Ultimate, Fusion: The Weekly, and Xeno. He has teamed up with smashers like Mr. E, Soan, and Suarez for ssbu doubles matches.