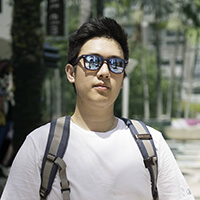 Enki Dufoyer, known simply as Enki, is a Smash Ultimate and former Wii U Pikachu main player from Paris, France. His most significant result to date is a win over Vincent "VinS" Goossense in a DreamHack Tours 2019 Smash Ultimate Grand Finals. Enki also took 4th place at Bros Battle #1 in 2020. To watch him play, check out his Twitch channel.