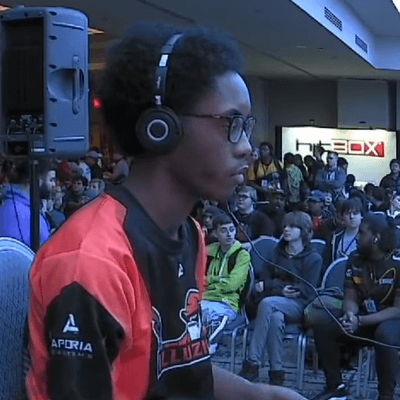 Juice mains Falco in Super Smash Bros Ultimate, with Greninja or Zero Suit Samus (Smash 4 main) as secondaries and has an overall set count of 80% having defeated top contenders like LeoN.

Ranked 1st on both the Philadelphia Power Rankings and Philadelphia Ultimate Power Rankings, Juice is a regular participant in CN:B-Airs, DNA.exe Ultimate Season, and Fusion: The Weekly and often partners up with Beast to play Smash doubles matches. The duo won 1st place at Savepoint and Smashadelphia @ Gift for Gamers 2019.

Juice is a huge fan of Mile Morales - Spiderman, using the comic book hero's last name as part of his Twitter handle.